The ARDS Program is a fully autonomous mobile collaborative robotic system that maps the local electromagnetic response of JSTARS radomes using the Advanced Microwave Mapping Probe (AMMP) RF sensor to indicate mechanical defects on the radome, such as delaminations, excess adhesive resin and waterlogging. The process for ARDS to autonomously scan the JSTARS radome is about four times faster than the current manual process. The addition of ARDS to the Commodities Maintenance (CMXG) organization at RAFB provides a new, quantitative way to validate the quality of radomes and keep a digital record of each radome’s health throughout its lifetime. While ARDS currently supports JSTARS radomes, it is being adapted for F-15 radomes in the near future and can easily be modified to support all aircraft radomes across the Air Force fleet. 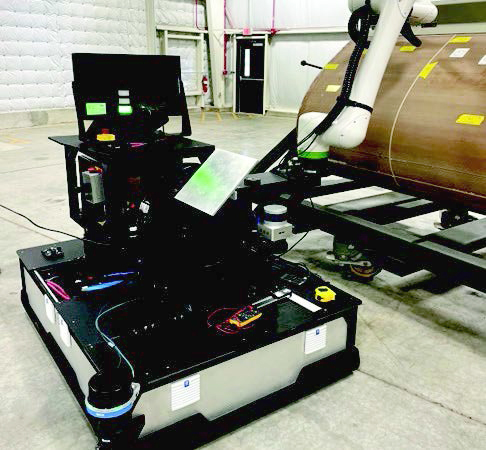 Air Force depots must continually repair and refurbish aircraft radomes over their lifetime. Additionally, measuring radome health early and efficiently is a growing need in Air Force sustainment. However, as radomes age, defects are difficult to detect and current diagnostic methods, such as the tap test, provide only qualitative information.

The ARDS system developed in this effort can be adapted to other aircraft, ranging from older legacy platforms, such as the F-15 and C-130 variants, to the newest aircraft, such as the F-22, F-35 and B-21. Thus, the cost savings along with the efficiency and accuracy improvements of this diagnostic method may be translated across the Air Force fleet, resulting in significant improvements to depot costs and throughput. 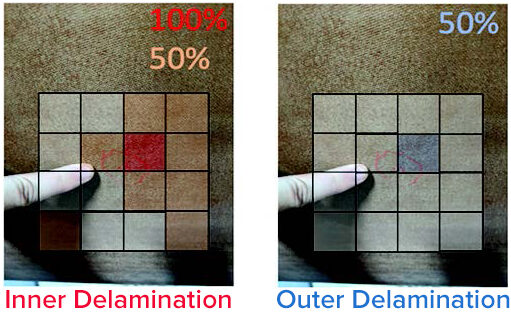 The transition of this ARDS technology is occurring now with active follow-on efforts applicable to the F-15 radomes. In particular, the new data available from ARDS can potentially supplement or even replace radar range verification measurements of radomes. Ongoing work is now not only adapting ARDS to F-15 nosecones but also developing the data processing capability to calculate overall radome performance from the ARDS-mapped microwave data. Such extensions could provide significant cost and time savings as the existing radar range measurement techniques require expensive facilities. The F-15 SPO is also evaluating the radome data collected by ARDS to aid in the advisement of forward-deployed units. Once a digital twin of the radome is created, the field unit can leverage the handheld probe to collect data from a damaged radome and send that data to the depot for evaluation. Merging the field data with the digital twin can provide a clear picture of the damage and inform the overall health of the radome.