60 years of laser technology and a legacy of development

KIRTLAND AIR FORCE BASE, N.M. — In May 2020, the world celebrated the 60th anniversary of the first laser demonstration and the beginning of the immense field of laser technology. To mark that occasion, I sat down with Lt. Col. Jim Mayo (USAF Ret.) for a look back at his life’s work in the field of laser optics, and the progress made at the Air Force Avionics Laboratory and the Air Force Weapons Laboratory, both now a part of the Air Force Research Laboratory (AFRL), at Wright-Patterson Air Force Base, Ohio.

Sixty years ago, on May 16, 1960, Theodore Maiman of Hughes Research Laboratory in Malibu, California, successfully demonstrated the first laser device. “I was a freshman in college at the University of Tennessee, and in Air Force ROTC at the time,” said Mayo.

Three years later, he was distinguished graduate and assigned as a second lieutenant to the Air Force Avionics Laboratory, Wright-Patterson Air Force Base, Ohio.

“There, I would begin my 57-year career in the exciting and ever-challenging field of laser optics.”

Mayo’s career has been a multi-state, life-long journey of discovery through lasers, optics, and space sciences.

“After leaving Wright-Patterson AFB, I became the first graduate of the newly-founded Optical Sciences Center at the University of Arizona (in 1968) and was assigned to the Secretary of the Air Force Special Projects Office in Los Angeles,” Mayo said. “In 1973, I was assigned as the site commander of the Air Force Avionics Laboratory Deep Space Surveillance facility at Cloudcroft, N.M.”

That assignment was followed by three years as Optics/Infrared Projects Manager at Defense Nuclear Agency, Washington D.C., with a 1978 follow-on to Air Force Weapons Laboratory at Kirtland AFB—back to his roots at AFRL.

“At the beginning of my career, I had no idea that I would contribute to some of the most important military and space missions in our nation’s history,” Mayo said. “In addition to innumerable USAF and DOD laser and optics programs, I supported the DOD Space Program and the NASA Gemini and Apollo projects, working directly with the astronauts and space-flight systems, and contributed to numerous missions in conflicts from Vietnam to Afghanistan.”

Early in Mayo’s career, laser research and development focused on improved illumination of targets, surveillance on the ground and in the air, and reconnaissance missions. With time, these missions would evolve into tactical and strategic-level laser weapon systems development, and the use of active laser technology in imaging and in Space Domain Awareness.

“As a lieutenant colonel, I served as Chief, Optics and Beam Control Division, and heavily supported laser optics research at AFRL. It was an exciting time of rapid discovery,” Mayo said. “We were on the ground-floor of some of the most amazing developments at the forefront of laser technology.”

One of the most important areas of his work was the AFRL-championed development of low-absorption optical coatings, allowing the laser systems in use today, to handle higher power levels and to be much smaller and more efficient.

“We are now using lasers that have optical coatings that are many times thinner than a human hair,” Mayo said. “And because of our advancements, lasers are much smaller, much more powerful, and much more precise, with much this critical work pioneered here at AFRL.”

It could be said that the highlight of his career was supporting Dr. Bob Fugate and the multi-disciplinary AFRL team, in developing Laser Guidestar technology and systems, forever changing the field of adaptive optics. This technology allowed researchers to see much finer detail on airborne and spaceborne objects, through turbulent atmosphere, enabling the warfighters of today to better locate and track targets, and monitor adversaries in space.

“This adaptive optics and Guidestar work was one of AFRL’s most important contributions of to the field of space domain awareness and astronomical imaging,” said Mayo. The advancements in atmospheric turbulence correction, due to the invention of adaptive optics and laser Guidestars, has been a game-changer for the Department of Defense.”

Jump forward 40 years, and Jim Mayo is still serving the Air Force as a contractor, supporting the AFRL Directed Energy Directorate, where he is called on to mentor junior scientists and engineers.

“I am so glad to be able to continue to ’move the ball forward.’” Mayo said. “I like working with these young people, some fresh out of college, and there is so much enthusiasm for our field of research.”

Cameron Radosevich is one such person, who received his master’s degree in 2018 graduate at the University of New Mexico in optical science, and a member of the AFRL Directed Energy Directorate staff since 2018.

The fact that he enjoys the benefit of having access to a world-renowned mentor is not lost to him.

“For many years, Jim has been known as a subject matter expert in testing of large optics in this country and maybe even the world,” said Radosevich. “The fact that we, as current researchers, have access to his extensive experience is an incredible privilege.”

Laser technology has come a long way from the 1960’s due to people like Jim Mayo and his colleagues, setting AFRL researchers ahead of peer-adversaries.
“They set the stage for us – they did the early work, the harder work,” Radosevich said. “And who knows where that foundation will take us in another 60 years?”

Theodore Maiman and Jim Mayo know – “to the moon and beyond.” 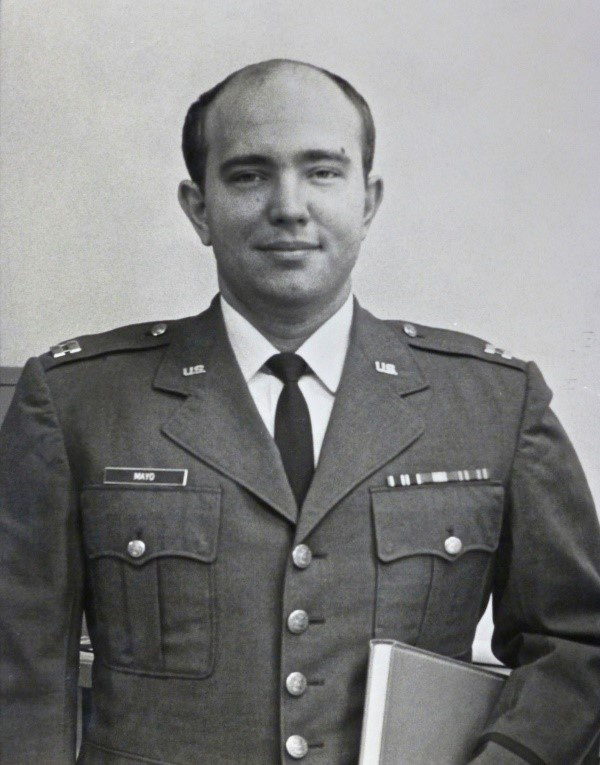 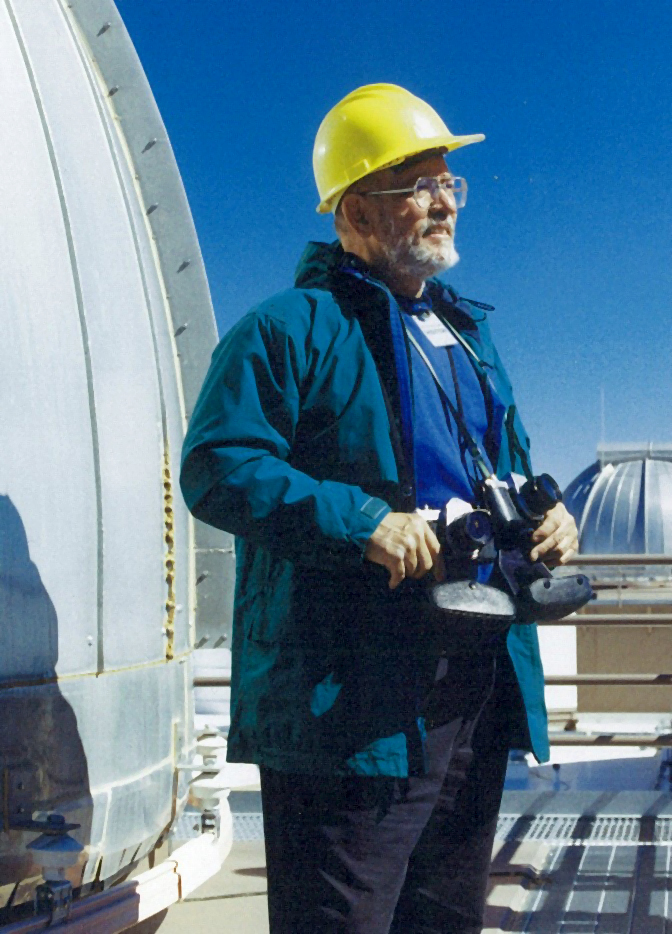 Following a successful military career, Jim Mayo continued to support the Air Force as a contractor in the AFRL Directed Energy Directorate. Mayo at the lab’s Air Force Maui Optical and Supercomputing site in 1997. “At the beginning of my career, I had no idea that I would contribute to some of the most important military and space missions in our nation’s history,” Mayo said. (Photo: courtesy)