Woodard, who hails from Everett, Washington, and entered the Air Force in 1997, took the reins from Col. (Dr.) Theresa Goodman, who retired after 25 years of service. He is board-certified in Family Medicine, Aerospace Medicine and Occupational Medicine.

Brig. Gen. John Andrus, 711HPW commander, presided over the ceremony hours after his own assumption of command ceremony, and noted the perfect venue as the in-person audience sat in the high bay next to the fuselages of two C-130s and a C-17, all transformed into training simulators used in the school’s aeromedical evacuation training program.

Andrus commended Woodard’s family for supporting him throughout his career. He added that when he asked Woodard’s children for a word that best described their father, they both said, “driven.”

“Today, Col. Woodard is trusted to take responsibility for not only shaping education for aeromedical evacuation crews, critical care teams, flight surgeons and educators, but is also being trusted to shape aerospace medicine for the future,” said Andrus. “Without a doubt, Col. Woodard is prepared and is the right next leader for the United States Air Force School of Aerospace Medicine.”

Woodard, who is a board-certified physician in family medicine, aerospace medicine, and occupational medicine, comes to the wing from his position as commander of the 332nd Expeditionary Medical Group in Southwest Asia. Prior to that, he was the Aerospace Medicine Operations chief for the Air Force Materiel Command headquartered at Wright-Patterson Air Force Base. Woodard, who has had 14 different assignments during his career, was also a student at USAFSAM in its Residency in Aerospace Medicine course. In his career, he has served in roles as a medical group commander, squadron commander, chief of aerospace medicine, family physician and squadron flight surgeon.

“I’m truly humbled and excited to be part of the legacy of this historic organization,” Woodard said after the ceremonial flag was given to him signifying his assumption of command of USAFSAM. “The reputation of USAFSAM is well-deserved.”

Woodard went on to state that Air Force Chief of Staff Gen. Brown has challenged the service to innovate and accelerate change, and that he is honored and humbled to lead USAFSAM in continuing to meet and exceed that challenge.

“The medical military environment is changing rapidly around us. We must be able to respond. Our task is to continue to set the standard of excellence. We will adapt, we will lead, and we will assure that we will remain relevant, innovative, and remain a high-performing organization in the future while continuing to support the operational mission for our nation’s defense. I look forward to leading you and serving beside you at USAFSAM.”

USAFSAM, the premier institute for education and worldwide operational consultation in aerospace and operational medicine, trains 5,000 Department of Defense, international, and civilian students per year, services 6,000 requests for expert consultation, provides clinical, radiation, environmental, and industrial laboratory services; and manages a multi-million dollar aerospace and operational medicine research portfolio spanning six geographically-separated units. The schoolhouse is one of two mission units in the 711th Human Performance Wing, which is part of the Air Force Research Laboratory. 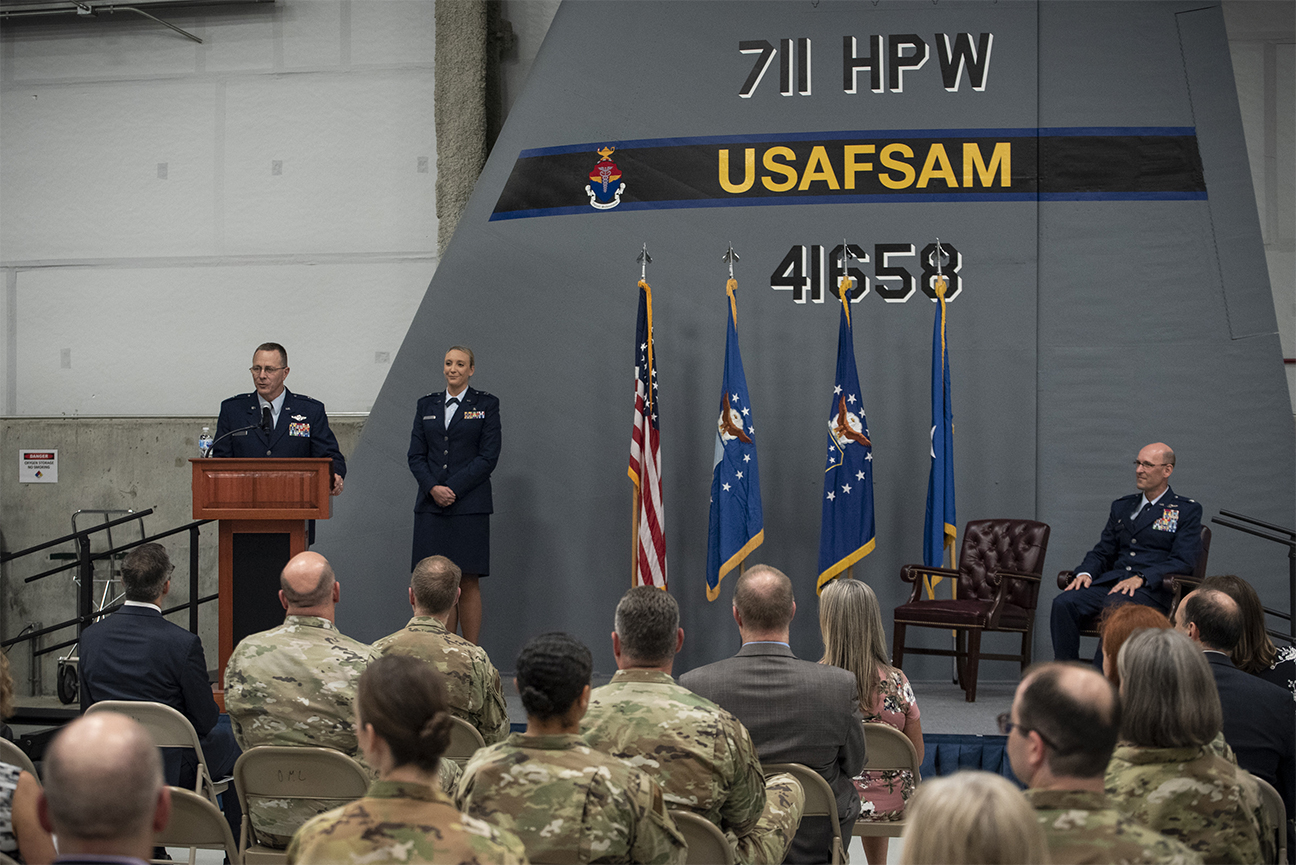 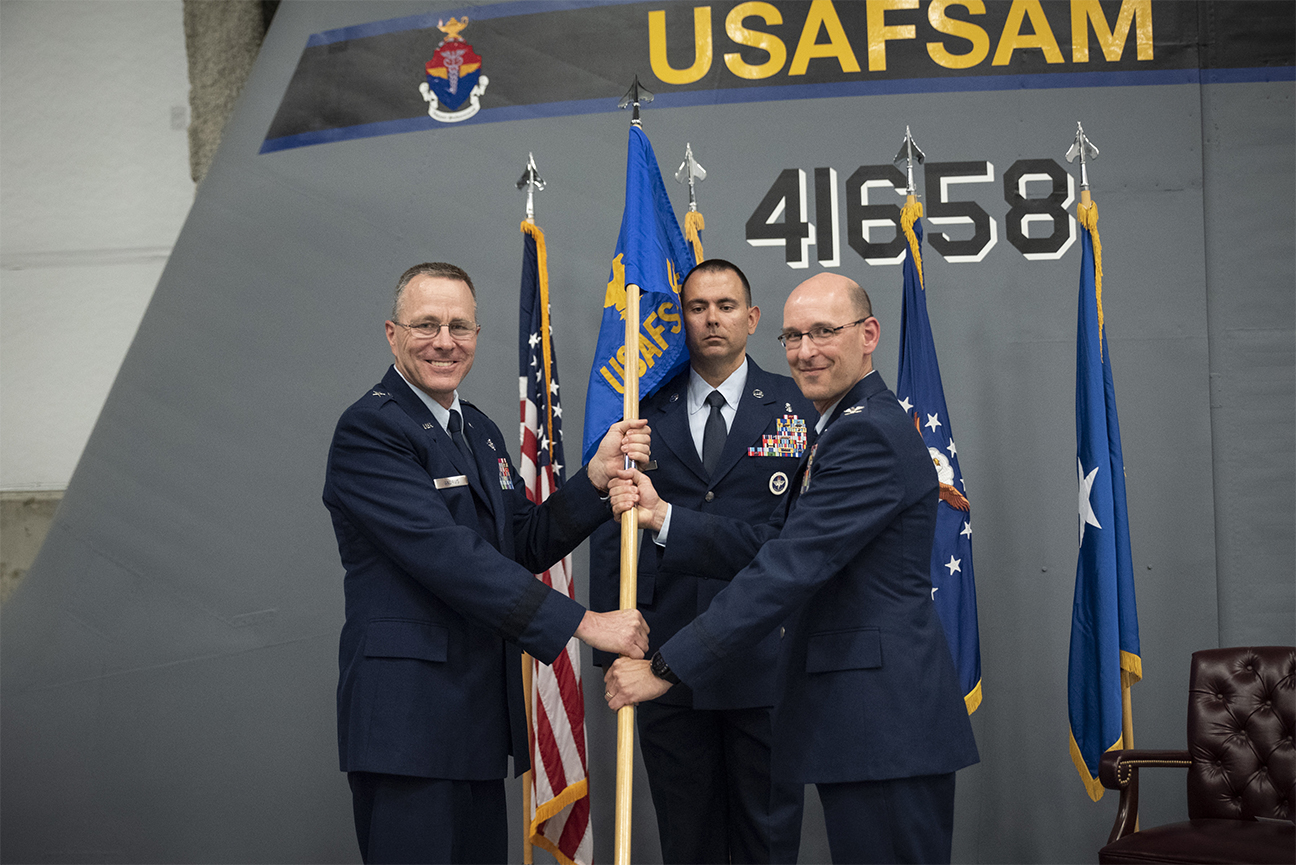