WRIGHT-PATTERSON AIR FORCE BASE, Ohio (AFRL) — A new permanent exhibit opened April 9 at the National Museum of the United States Air Force called “A Force for Good: Department of the Air Force Humanitarian Missions,” and showcases an array of humanitarian missions and capabilities across the Air Force.

The exhibit demonstrates the history and role the Air Force plays in humanitarian operations to assist people domestically and around the world including aerial deliveries, goodwill missions, firefighting, as well as relief and rescue missions and critical care responses, according to the NMUSAF.

What many may not consider, however, is the tedious work behind the scenes to ensure these exhibits are as realistic as possible and come to life for visitors.

“The National Museum of the U.S. Air Force reached out to us to act as consultants in order to make the rescue and critical care sections as accurate possible,” said Tech. Sgt. Robert Van Aken, an instructor for USAFSAM’s Aeromedical Evacuation Technician course.

Part of the exhibit features a fully-assembled Transport Isolation System (TIS), like those used during the Ebola crisis and during the COVID-19 pandemic to transport patients infected with these infectious diseases. Additionally, the exhibit features the fuselage of a C-130, with both an aeromedical evacuation team and critical care transport team depicting how the Air Force evacuates injured personnel from harm’s way in the back of airframes.

Both he and his counterpart, Maj. Alicia Houston, led visitors through the TIS and through the fuselage of the C-130 during the museum’s grand opening celebration, describing not only the humanitarian missions but also the training necessary.

Readiness was definitely key in 2020 at the beginning of the COVID-19 pandemic when USAFSAM’s infectious disease instructors from C-STARS Omaha were temporarily reassigned to help train medical personnel to transport patients using the TIS, a system also used to transport those infected with Ebola years prior.

“Being part of the aeromedical evacuation community is the best job in the Air Force,” stated Van Aken, “though I may be a little biased.” 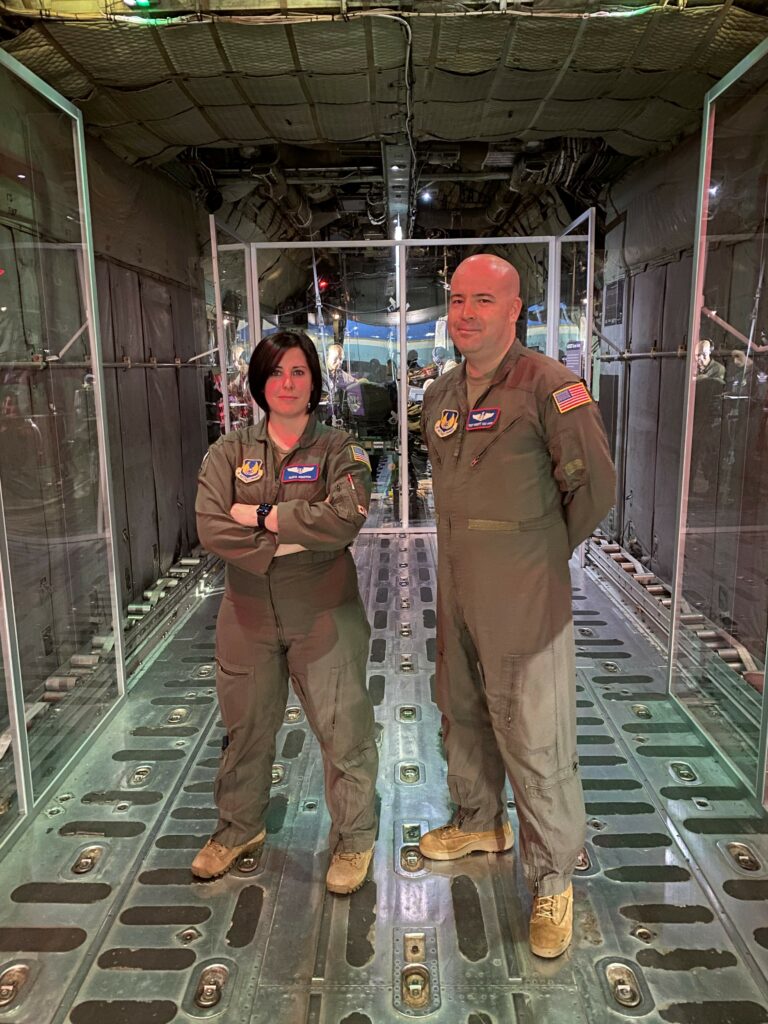