AF Chief Nurse advises how to ‘treat’ others

WRIGHT-PATTERSON AIR FORCE BASE, Ohio (AFRL) – Many good leaders cite a strong work ethic and the ability to learn and adapt to challenges as paramount to their success.

But for Brig. Gen. Jeannine Ryder, leadership success is more than just the ability to work hard and go beyond. Compassion, empathy and the ability to advocate and support others is even more important to a leader’s success. These provide a foundation to guide and serve.

Ryder, who began her Air Force career as a nurse 30 years ago, is the commander of the 711th Human Performance Wing in the Air Force Research Laboratory, as well as the chief nurse of the Air Force. And the lessons she acquired as a nurse impacted her leadership philosophy and approach to guiding Airmen today.

“In order to treat patients effectively, we have to listen to them, understand from their perspective, assess the symptoms and formulate a plan that works for the patient,” explained Ryder. “As a nurse, it is important to understand there is a balance of medical data and the patient’s emotional, physical and mental feedback to help them live their best life.”

As 711HPW commander, Ryder oversees more than 2,000 personnel and an annual $400 million budget while leading operations at seven geographic locations across the globe, including both the Airman Systems Directorate and the U.S. Air Force School of Aerospace Medicine – the Wing’s two mission units. As Air Force chief nurse, she is responsible for the creation and evaluation of policies and programs for 19,000 active duty, Guard and Reserve nursing personnel.

Her journey began like many journeys of leaders begin – with a strong foundation, a glimmer of crisp inspiration, opportunity paired with a little curiosity, and a drive to better the lives of those around her, both personally and professionally.

Ryder credits her family for providing her foundation.

“My work ethic came from my parents. And it wasn’t just about academics. I was out there mowing our acre of grass, and contributing – doing my share,” she said. “Mom, who was a teacher and stayed home to raise me and my two sisters, she taught us that details are critical. No matter what the task – do it to the best of your ability. She and my dad were great role models on important things – from interactions with people to the importance of family to work ethic.”

Once Ryder was in high school, she was able to see her father, the principal, as a leader in her school.

“Dad would normally go in early so he could see the facilities and talk to the teachers. Then between class periods, he was usually standing in the lobby at the center of Pittsfield High School so he could see and talk with all the students,” Ryder explained. “He was that leader who led by walking around – long before it was cool.”

Another element of Ryder’s strong foundation was her grandmother.

“My grandma was a nurse. We’d go to visit her in Boston, and I’d see her wear her crisp white uniform and proudly wear the white hat she earned at graduation. It was so clear that she was proud of her profession, and loved her patients and their families,” Ryder said. “So I thought, ‘what a great way to be able to take care of others in their time of need.’ Because of her, I grew up wanting to be a nurse.”

While at Boston College, she saw an Air Force poster, and paused to consider the opportunities.

Equipped with that strong foundation, an Air Force poster, and a persistent recruiter, Ryder became an Air Force nurse. Since 1991, she has held multiple jobs at 16 installations, and she has led from many levels. She also met, fell in love and married her spouse, Terry, of 29 years, and raised three daughters.

“Terry and I are a united front. If I had to deploy, he became mother and father. He’s a surgical first assistant, so we both have careers where we take care of other people,” she explained. “We’ve just made it work along the way, and continue to. My proudest accomplishment is our marriage and our daughters.”

Ryder explained that at work, she had similar support, largely from her enlisted teammates.

“There are some days where we aren’t going to have 100 percent to give, right? We’re human, but that’s why we have our team, our Wingmen,” she explained. “I think it’s important that we are all able to tell our team, ‘hey – I have something going on and don’t have 100 percent today,” without being judged or looked down on. And then, you give that support right back when others need it, too.”

That kind of trust requires empathy, and some soft skills that have to be practiced and developed.

“We have to want to take care of each other – all of us,” Ryder said. “Taking care of people is not a rank issue. It’s a people issue, a compassion issue, an all-of-us issue.”

Ryder went on to explain that part of taking care of each other demands getting out, interacting with each other – something she no doubt learned from watching her father. She also said it requires listening to understand, not just to respond – a skill she said she tries to continually improve upon.

“I’m not as rigid as I used to be with my perspective on things,” she explained. “When we get out and listen to others – really listen and try to understand – we begin to learn why others see things differently. Within health care as well as my leadership role here in AFRL, we must be open to individuals’ perspectives. Our experiences bring feelings that we can only understand if we engage, build relationships, and trust.”

Listening to understand also requires flexibility of thought. Ryder explained that as a female leader, she was a little uncomfortable at the intersections of career success and gender.

“I’ve always just performed my job to the best of my ability,” she said. “My gender and profession were not drivers on how I conducted myself. I know these add to my perspective and leadership acumen, but they don’t define who I am as a person.”

But earlier this month, she said she saw the episode of “Women are Essential” on Today with Savannah Guthrie that featured TRANSCOM Commander Gen. Jaqueline Van Ovost.

“When I listened to Gen. Van Ovost talking about how for our young Airmen — that ‘it’s hard to be what you can’t see’ and that’s why we need to recognize all our ‘firsts and onlys.’ That changed my perspective a bit.”

“The “firsts and onlys” show all of our Airmen and Guardians that they can obtain any leadership role, and go after any opportunity,” Ryder said.

Needless-to-say, Ryder, Van Ovost, and others like them are paving the runway and clearing off the FOD for others behind them. 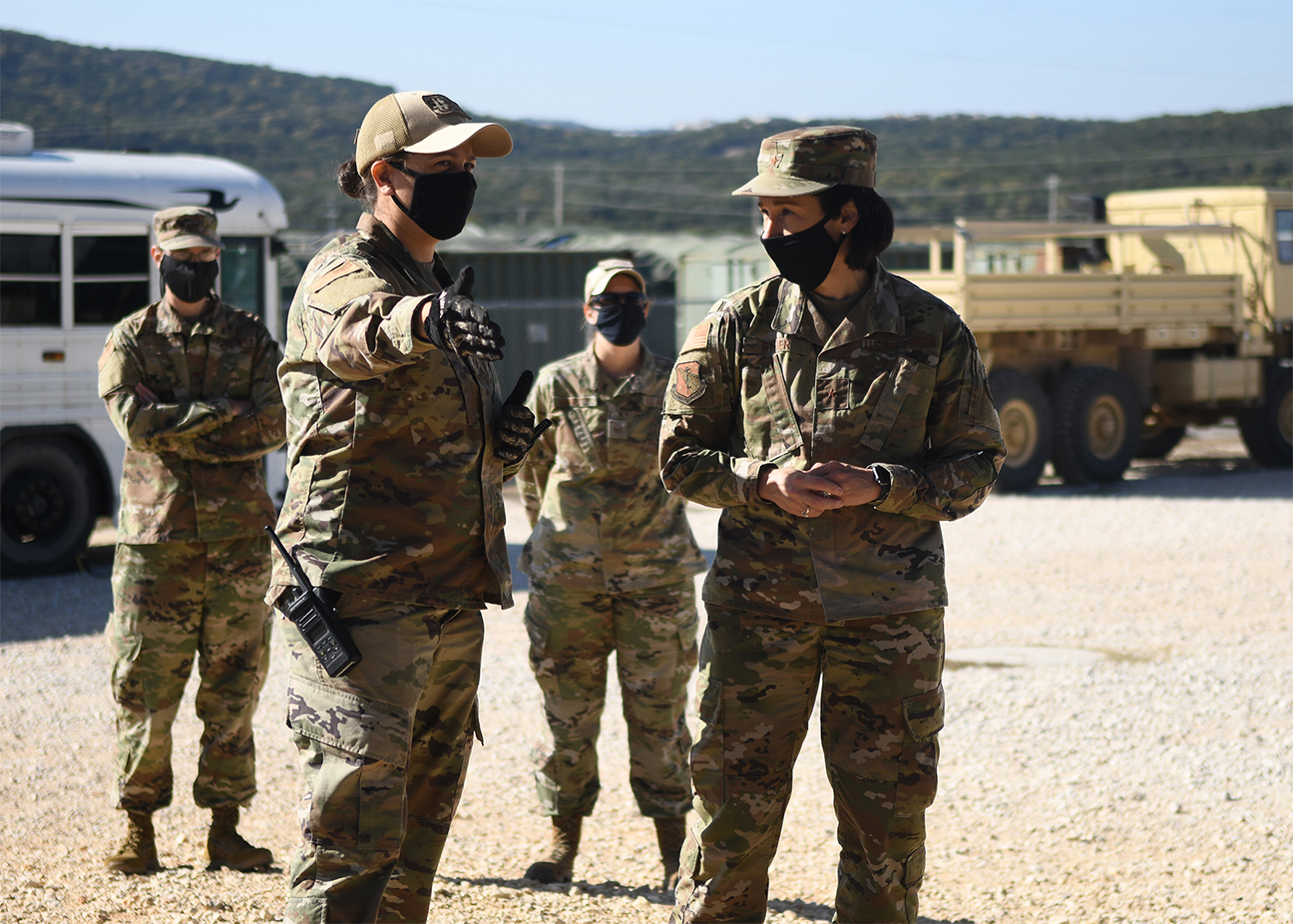 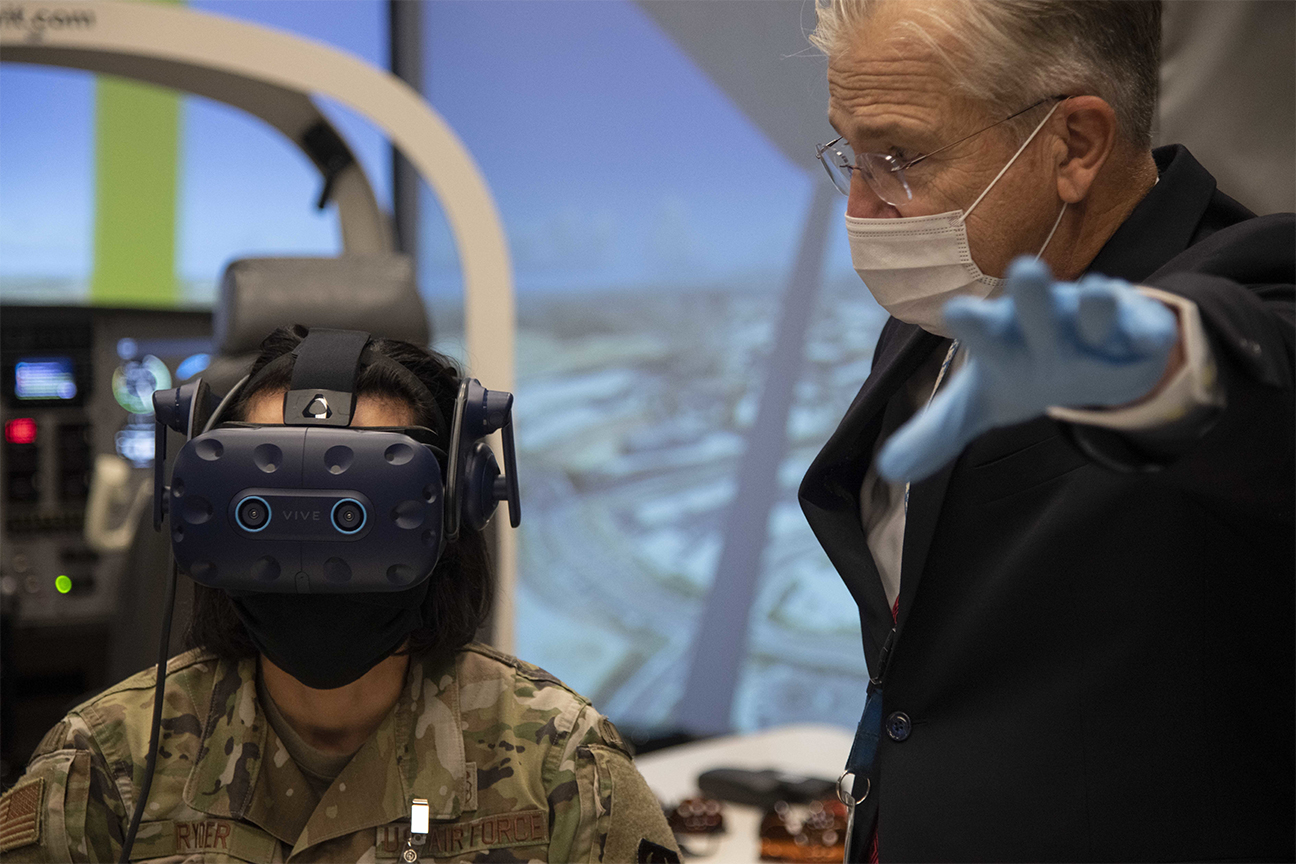 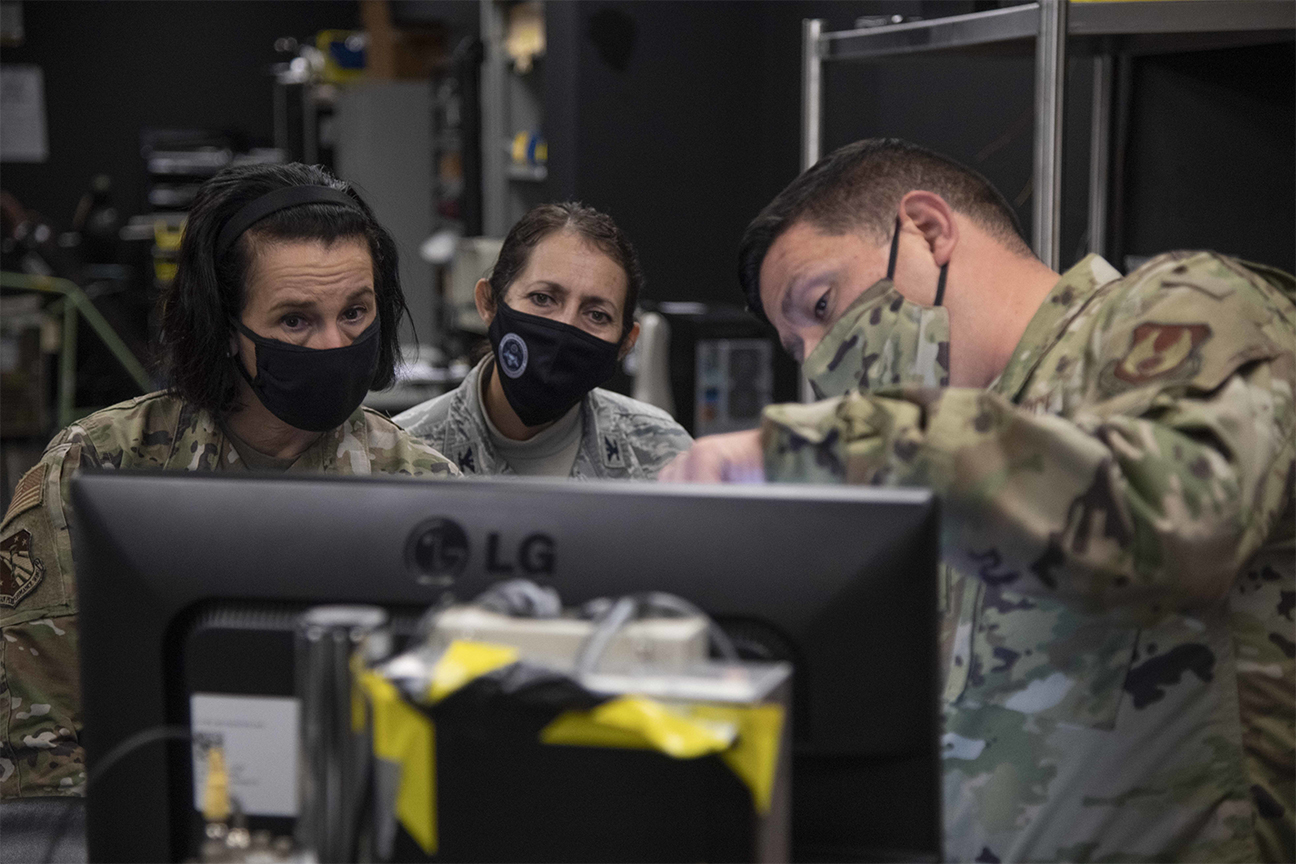 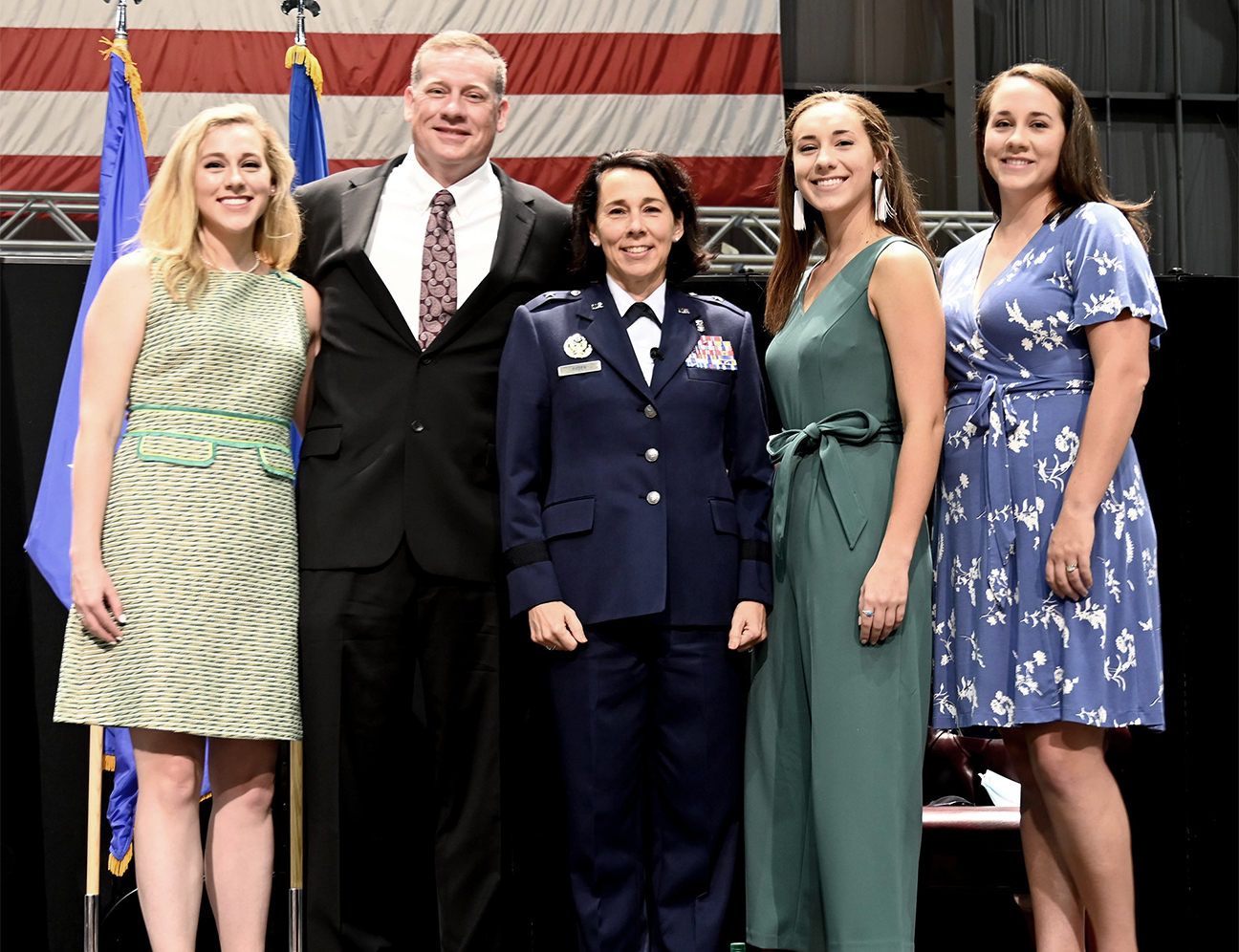 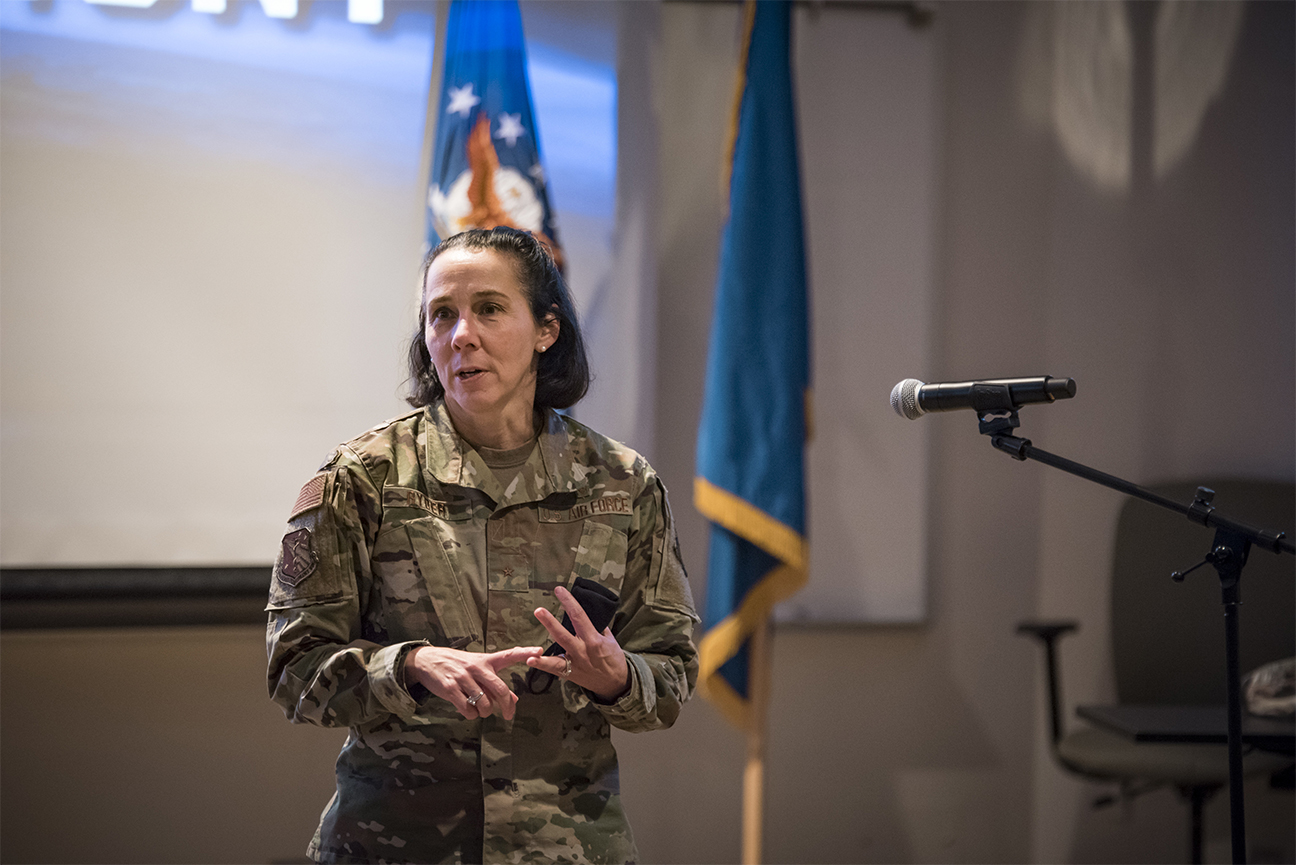 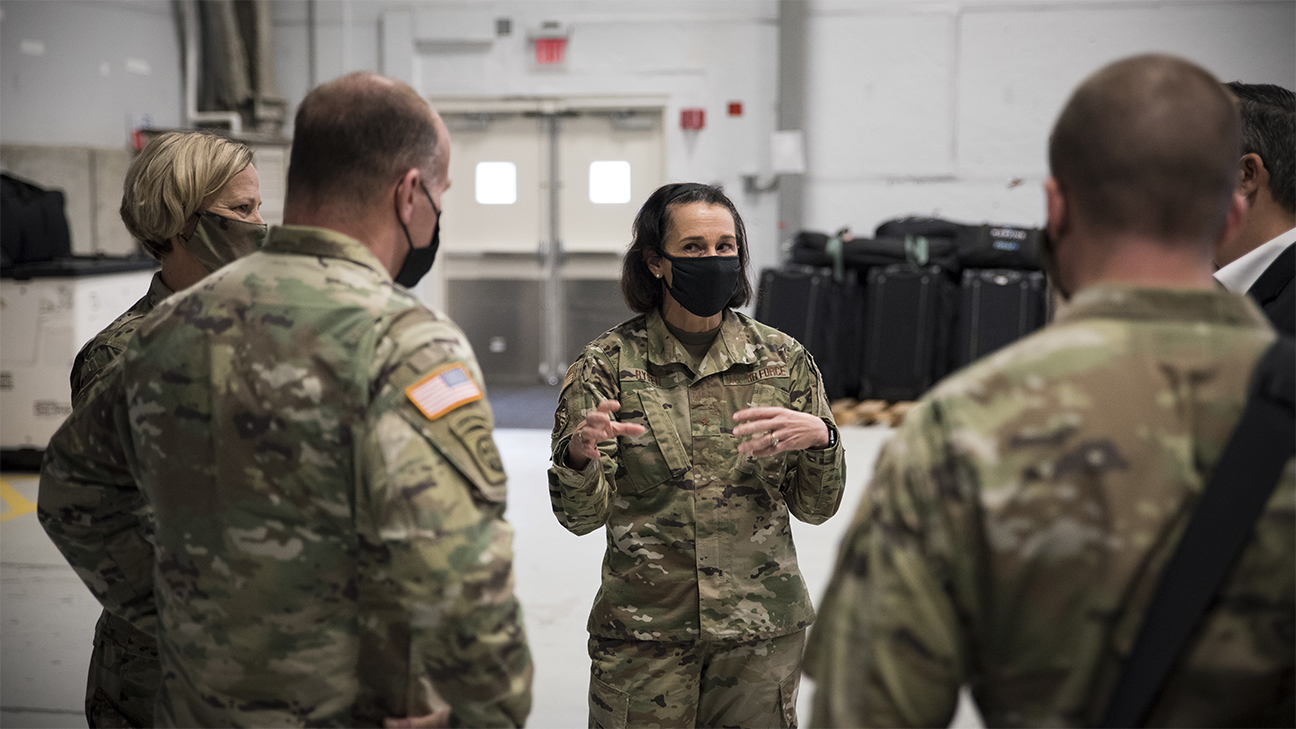