The aim of the Skyborg Vanguard program is to integrate autonomous attritable unmanned air vehicle (UAV) technology with open missions systems to enable manned-unmanned teaming. This will provide a game-changing capability to the warfighter. The attritable UAV line of effort awarded by this contract will provide the foundation on which the Air Force can build an airborne autonomous ‘best of breed’ system that adapts, orients, and decides at machine speed for a wide variety of increasingly complex mission sets.

“Because autonomous systems can support missions that are too strenuous or dangerous for manned crews, Skyborg can increase capability significantly and be a force multiplier for the Air Force,” said Brig. Gen. Dale White, Program Executive Officer for Fighters and Advanced Aircraft, who, along with Brig. Gen. Heather Pringle, Commander of the Air Force Research Laboratory (AFRL), serves as the leadership for the Skyborg program. “We have the opportunity to transform our warfighting capabilities and change the way we fight and the way we employ air power.”

“Autonomy technologies in Skyborg’s portfolio will range from simple play-book algorithms to advanced team decision making and will include on-ramp opportunities for artificial intelligence (AI) technologies,” said Brig. Gen. Pringle. “This effort will provide a foundational Government reference architecture for a family of layered, autonomous, and open-architecture UAS.”

The Vanguards are also introducing a novel early partnership between AFLCMC and AFRL due to the need to quickly identify cutting edge technology and transition directly into the hands of the warfighter.

“The greatest technological edge is for naught if the warfighter can’t use it on the battlefield. That makes the partnership between AFRL and AFLCMC so vital to this program. We can’t allow bureaucratic speed bumps to interfere with our mandate to deliver,” White said. 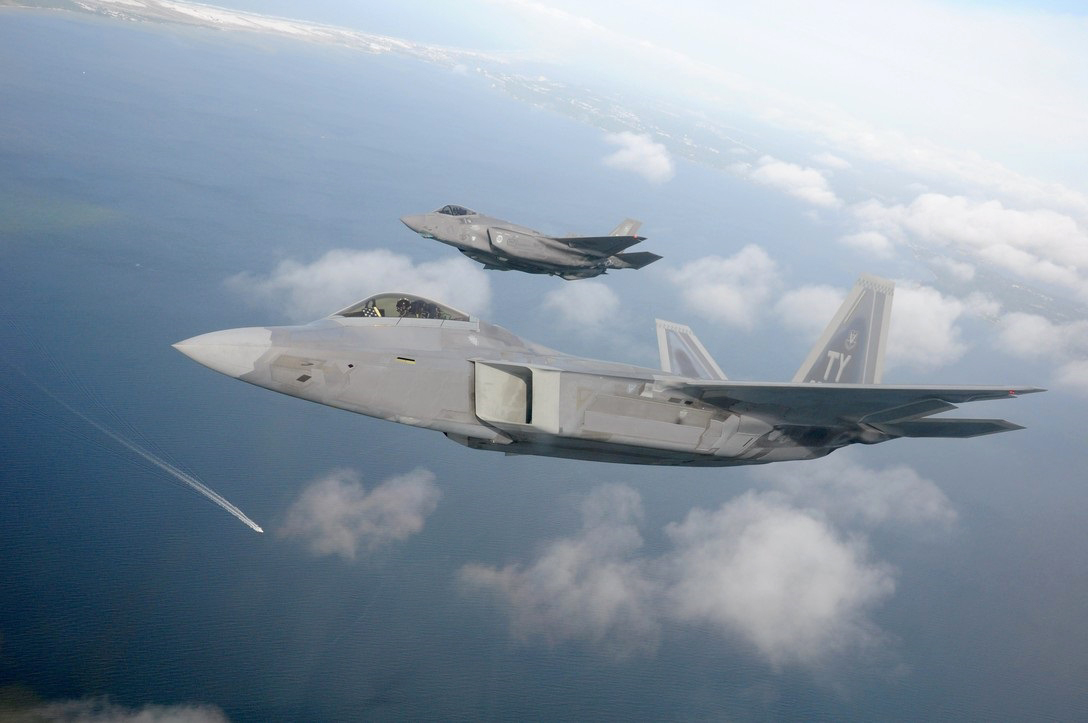 Manned aircraft, such as this F-22 Raptor or F-35 Lightning II, could one day operate with autonomous attritable unmanned aircraft acting as wingmen. The award of the Skyborg Prototyping, Experimentation and Autonomy Development indefinite-delivery/indefinite-quantity contract sets the stage to begin prototyping and operational experimentation for the Skyborg Vanguard program. (U.S. Air Force photo/1st Lt. Savanah Bray)