A total of 13 vendors will now compete for up to $400 million in subsequent delivery orders in support of the Skyborg Vanguard Program.

“This second phase of awards establishes a diverse and competitive vendor pool by adding several non-traditional and traditional contractors we saw as important additions to the effort. The diversity of approaches and backgrounds, allows us to access the best industry has to offer,” said Brig. Gen. Dale White, Program Executive Officer for Fighters and Advanced Aircraft. He, along with Brig. Gen. Heather Pringle, Commander of the Air Force Research Laboratory (AFRL), serves as the leadership for the Skyborg program.

It has always been the Skyborg Program’s intent to award as many IDIQ contracts as practicable, and to include additional contractors over time. The second phase of awards demonstrates the programs continuous efforts to identify applicable technology and expeditiously inject it into the program to meet warfighter needs.

The Skyborg Vanguard Program continues working the development of technology capable of supporting a diverse set of missions built around the Autonomous Core System. Future Skyborg efforts will demonstrate the competitive advantage of autonomous attritable technology through operational experimentation focused on warfighter inputs.

Skyborg is one of three Vanguard programs identified late last year as part of the Air Force Science and Technology (S&T) 2030 initiative. These high priority development efforts are meant to rapidly field systems, by pairing technology development under AFRL with the acquisitions capabilities found in AFLCMC. 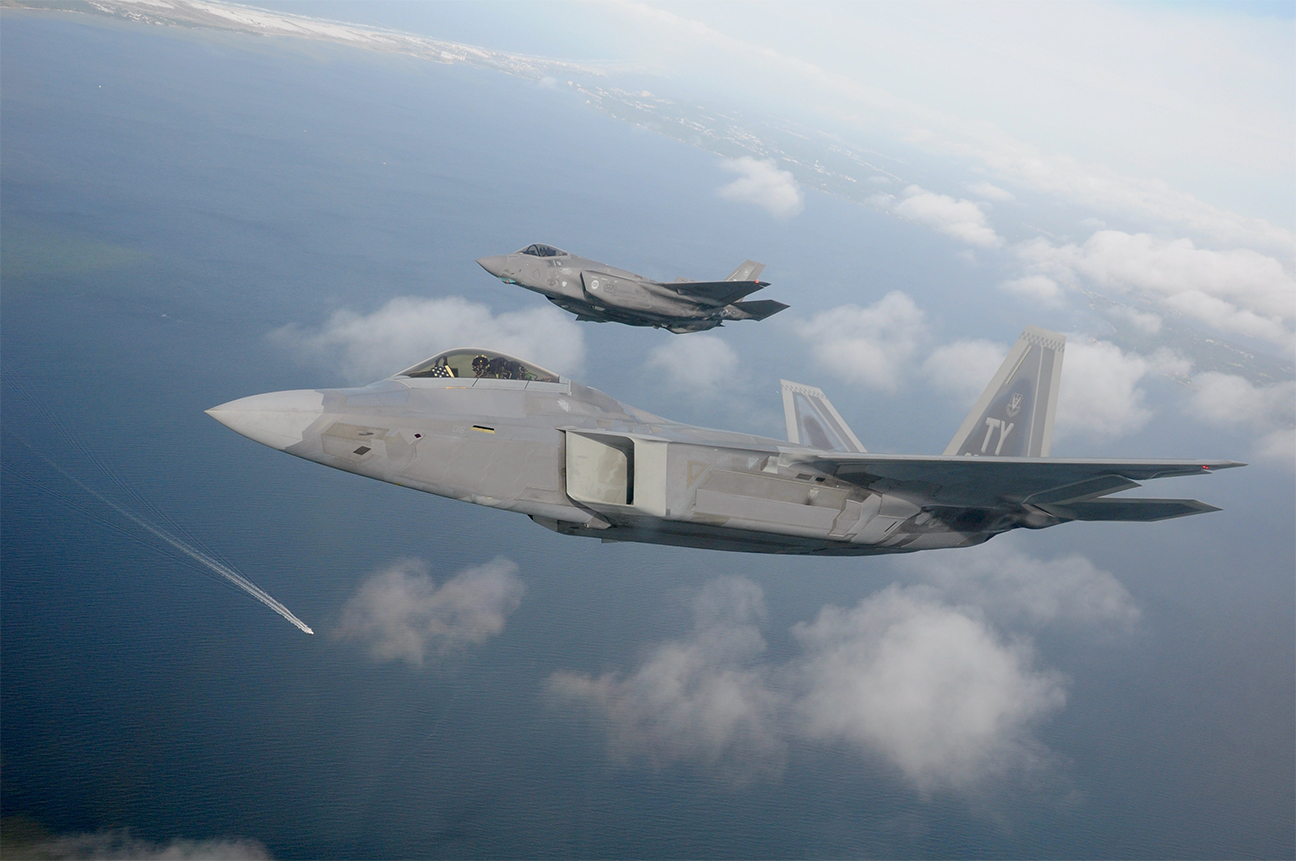 Manned aircraft, such as this F-22 Raptor or F-35 Lightning II, could one day operate with autonomous attritable unmanned aircraft acting as wingmen. The award of the Skyborg Prototyping, Experimentation and Autonomy Development indefinite-delivery/indefinite-quantity contract sets the stage to begin prototyping and operational experimentation for the Skyborg Vanguard program. (U.S. Air Force photo by 1st Lt. Savanah Bray)