According to the AFCEA, the Young AFCEA 40 Under 40 award is given to 40 individuals ages 40 and under for their significant contributions in a technical science, technology, engineering and mathematics (STEM) field by providing innovation, thought leadership, and support to their client or organizations using information technology (IT).

“To be recognized as 40 under 40 in a professional organization like AFCEA is a great honor,” Hobbs said. “I interpreted it as validation that if I keep focusing on doing good, interesting, purpose-driven work rather than focusing on achieving recognition, that sometimes the recognition comes as a bonus. It is more about enjoying what I do, feeling driven by a sense of purpose, and trying to do my best work.”

“Dr. Hobbs’ recent achievement highlights the spirit of AFRL as a whole,” added Dr. Michael Gregg, the director of the Aerospace Systems Directorate. “Her passion for research and higher education enable her successful career and valuable contributions to the warfighter.”

Hobbs’ achievements as an engineer helped her stand out among others to earn this title. She believes her work on the automatic collision avoidance technologies program contributed to this accomplishment.

“In my nine years with the labs I’ve been fortunate to work on several automation programs, including automatic collision avoidance technologies, where the work that I contributed to was captured in six technical conference papers,” Hobbs said. “I’ve also had an opportunity to conduct basic and applied research in formal methods, hazard analysis, and run time assurance in the early design of aerospace systems resulting in eight invited talks, lead authorship of 13 publications and 11 technical conference presentations.”

Hobbs’ continued dedication to education and her career also helped her stand out among her fellow peers. She earned her master’s degree in 2016 and her doctorate in 2020. The research for her doctoral thesis and dissertation was directly related to the Air Force mission. This education achievement allowed her to expand her expertise in her engineering career field and conduct significant aerospace systems research.

“AFRL has been a great place to work to balance meaningful, challenging work, with my goals to pursue an advanced degree,” Hobbs said. “I feel exceptionally fortunate to have a job that allowed me to pursue my education goals in parallel with my professional goals and now I am in a place to contribute more than I could have imagined a decade ago.”

The AFCEA enables military, government, industry and academia to align technology and strategy to meet the needs of those who serve. The AFCEA will formally present the 40 Under 40 award at an event later this year. 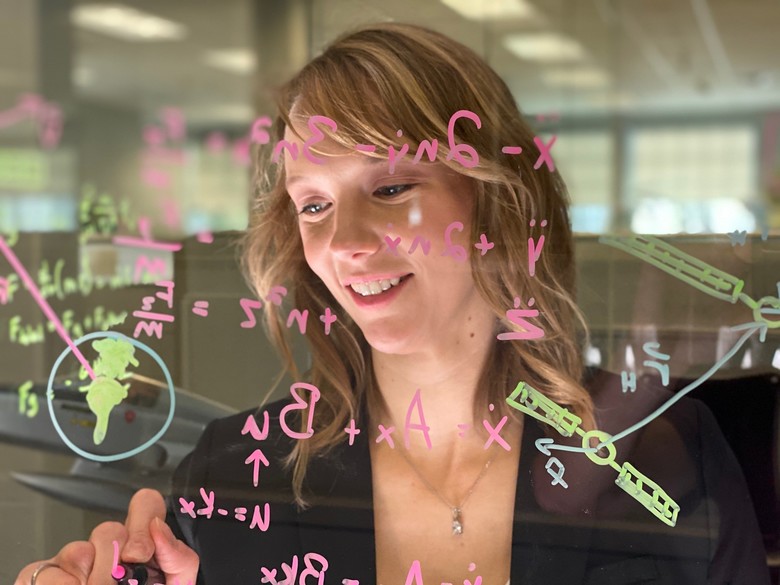 Dr. Kerianne Hobbs, a research aerospace engineer with the Air Force Research Laboratory (AFRL) Aerospace Systems Directorate, recently earned the 40 Under 40 award from the International Armed Forces Communications and Electronics Association (AFCEA). The AFCEA will formally present the 40 Under 40 award at an event later this year. (Courtesy photo)