Lt. Col. Jay Rutledge, an associate professor and senior military faculty member at the Air Force Institute of Technology (AFIT), performing a year-long sabbatical in the directorate, earned the award in the Science and Engineering Educator category and will now compete for the award at the Air Force level.

“As one who has always enjoyed sharing my passion for defense-focused research with other engineers, I am humbled and honored to be considered among the top educators of AFMC,” Rutledge said.

“Lt. Col. Rutledge truly maximizes the potential of every student he works with,” said Capt. Carol Bryant, the executive officer with the Aerospace Systems Directorate and one of Rutledge’s students. “He strikes the perfect balance between being supportive and nurturing, and setting high expectations that really push the student to reach their highest intellectual potential.”

Rutledge began his career as an Air Force ROTC student at the University of Texas. As an undergraduate student, he dove into fluid dynamics and heat transfer research which paved his way toward a future AFRL career.

“I then went to Kirtland Air Force Base for two years where I worked on spacecraft and re-entry vehicle thermal management for AFRL’s Space Vehicles Directorate,” Rutledge said. “Then I went to Air Force Institute of Technology to pursue a PhD before going to the National Air & Space Intelligence Center for a couple years. I then joined the faculty at AFIT where I made tenure and eventually became the first permanent Senior Military Faculty.”

Rutledge’s diverse career experiences allow him to pass on his knowledge to others through education. His experiences throughout his military career and personal life helped him to hone his skills.

“I have had some amazing teachers and mentors in my life including my parents and grandparents,” Rutledge said. “I have also been lucky enough to have some extremely talented students, both in the classroom and conducting their research in the lab. These students are fantastic, and quite frankly, they make me look good. I have also been very fortunate to have the outstanding support of the people of the Turbine Engine Division, without whom much of my research would simply not be possible.”

“Jay has been a fantastic addition to the directorate, and I couldn’t be more delighted with his selection for this prestigious award,” said Col. Tim West, the directorate’s Deputy Directory. “He is exactly the caliber of educator we need to develop tomorrow’s air and space warrior-scholars.” 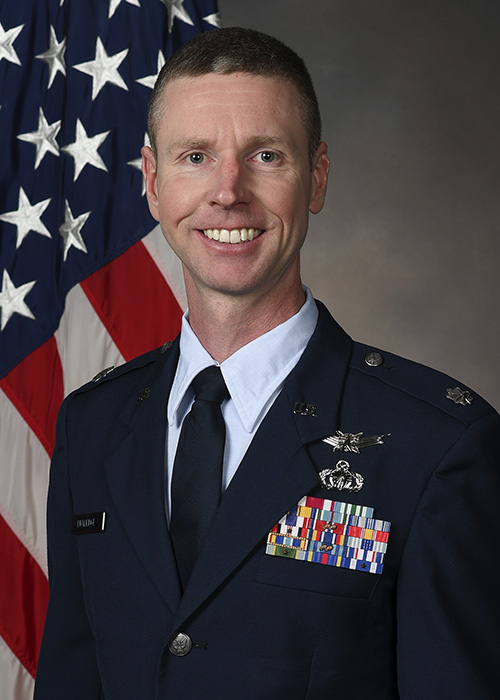