Master of Ceremonies Miguel Maldonado kicked off the event, themed “RQ and You,” a play on the directorate’s official two-letter designation.

Dr. Michael Gregg, director of the Aerospace Systems Directorate, then took the stage to welcome the crowd and thank attendees for a year of hard work and achievement. “I think you should take a lot of pride in what you’re doing. The things you’re doing right now are really setting the tone and the character of the Air Force from a technology perspective for the next two decades.”

Guest speaker Capt. Joshua Caudill of the Air National Guard’s 112th Fighter Squadron, spoke to the gathering about his experiences as a fighter pilot and the journey that took him from working in the field of financial management to pursuing his lifelong dream of flying for the military. He extolled the virtues of the Automatic Ground Collision Avoidance System, a technology developed within the Aerospace Systems Directorate and subsequently integrated onto U.S. Air Force Block 40/50 F-16 aircraft. Caudill, who has flown extensively with the system, helped capture data that allowed directorate researchers to further refine and improve the technology.

“What you all do reduces the risk that I take every day,” Caudill said.

Retaking the stage, Gregg presented Caudill with a coin on behalf of the directorate. Maldonado then joined him to begin the presentation of awards.

The recipients of the 8th Annual Aerospace Systems Directorate awards are as follows: 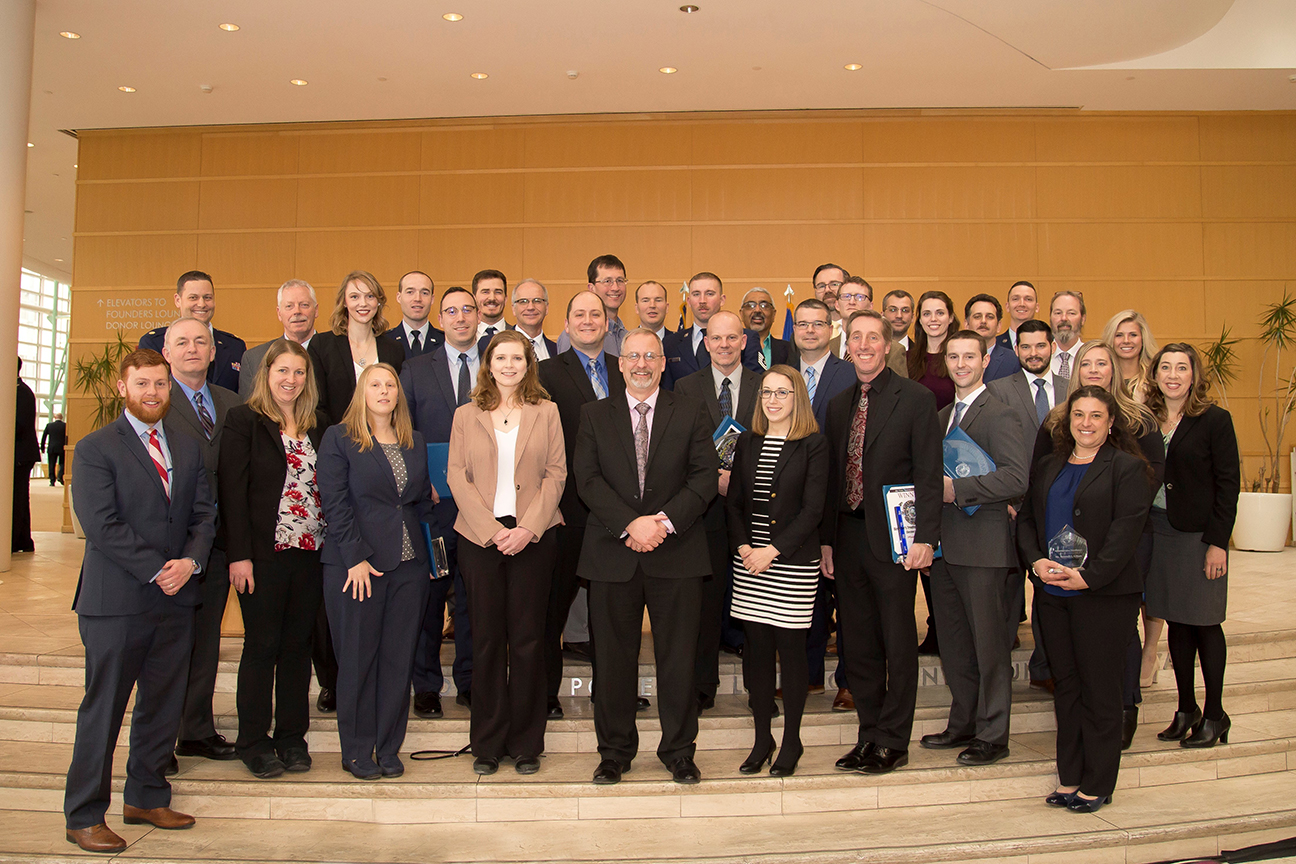