WRIGHT-PATTERSON AIR FORCE BASE, Ohio – The Air Force Research Laboratory and the Air Force Life Cycle Management Center have partnered to create a facility for investigation of in-flight oxygen issues, achieving operational capability with the first testing activity, the evaluation and qualification of a quick don mask in early December.

In recent years, a number of Air Force pilots have been experiencing physiological issues such as shortness of breath, confusion, and wheezing during flight. These unexplained hypoxia-like symptoms have jeopardized Airmen as well as aircraft, have threatened missions, and have even led to groundings of Air Force assets. On-Board Oxygen Generation Systems, or OBOGS, have been identified as a probable cause of this problem. OBOGS produce enriched breathing oxygen during flight by concentrating the oxygen from engine bleed air or environmental control system air. OBOGS are essential on modern military aircraft because they eliminate the need to carry onboard liquid oxygen, a cumbersome and potentially dangerous option.

“We set up our one-of-a-kind OBOGS research, development, test, and evaluation laboratory here in the AFRL 711th Human Performance Wing starting in 2014 to investigate the cause for pilot physiological events, conduct OBOGS research, and guide developers in creating the best future systems for our Airmen,” said George Miller, principal research engineer and lead for the OBOGS Research and Development Team. “In the meantime, we began receiving requests from AFLCMC to evaluate aircraft incident OBOGS and life support equipment using our unique test capabilities to determine if they were a factor in the physiological events. We were glad to assist the aircraft program offices in their investigations.”

As these OBOGS-suspected physiological issues became more prevalent, solving them emerged as a top Air Force priority and drew the attention of Congress, which recently allocated $5 million to determine root causes and seek out ways to mitigate or stop these occurrences. As a result, the AFRL 711th Human Performance Wing teamed with AFLCMC to stand up the new Life Support Systems Scientific Test, Analysis, and Qualification Laboratory, which will expand the investigation of OBOGS-suspected issues and help ensure the safety of currently-fielded systems.

The new laboratory, housed entirely within AFLCMC, will focus mainly on the test and validation of current and next-generation systems, as well as the investigation of the root causes of oxygen-related unexplained physiological events. At the heart of the lab are three test chambers that allow laboratory personnel to simulate both the interior and exterior of an aircraft, as well as ambient environmental conditions such as temperature and humidity. This setup enables a complete analysis of operational scenarios, and once fully operational, will allow for multiple test events to be conducted at the same time.

“This new laboratory will help both AFLCMC and AFRL keep Airmen healthy and flying, avoid the loss of the world’s most technologically advanced aircraft, and to accomplish high-tempo, world-relevant missions,” said Brian Lukey, program manager of the AFRL OBOGS Test and Validation Laboratory. “Together, these two world-class organizations form a team with expertise spanning basic research to fielding modern aircraft.”

With the new Life Support Systems Scientific Test, Analysis, and Qualification Lab in place, the AFRL OBOGS lab will return to its primary research-based focus, but will continue to assist AFLCMC when needed, such as during surges in testing and validation workload and in bridging new products for advanced development. According to John Plaga, AFRL 711th Human Performance Wing chief engineer of the OBOGS Laboratory build for test and validation, the continued collaboration builds upon the professional partnership that was instrumental in establishing the lab.

“It may seem unusual that AFRL is helping to acquire a lab for AFLCMC,” said Plaga. “But this isn’t as much as an acquisition as it is a technology transition of the hardware, software, operating procedures, and lessons learned from the 711th’s lab to AFLCMC’s new lab. It’s an ongoing mutual commitment to the mission at hand.”

Lukey said this win-win relationship helps the entire OBOGS community efficiently address urgent needs, more smoothly transition products through the acquisition stream, share problem-solving ideas, back up each other in times of need, and form an energized, cohesive team with long-term strategies.

“The quick don mask quickly provides ample oxygen to protect aircrews in the event of sudden cabin decompression or presence of toxic fumes,” explained 2nd Lt. Jarett Sveum, AFLCMC laboratory test engineer. “Recent upgrades from the previous version now allow for better airflow to clear or ‘demist’ condensation from the mask’s lens. Initial operating capability of the lab was achieved by challenging this new mask within the lab environment to compare with operational data of the previous configuration.

Full operational capability for the laboratory is slated for February 2021. According to Klein, a number of additional projects are already lined up, covering a broad range of aircraft issues.

“We have a lot of interest and a lot of organizations that need work done,” said Klein. “My goal for the lab is that we don’t ever turn away a customer. We want to be able to bring on any and all issues and help resolve these problems quickly.”

Calling it an example of true collaboration in every sense of the word, he credited AFRL for helping to plan and design the laboratory and moving the monumental project along.

“The job that AFRL has done helping to stand this up has been amazing. The attention to detail has been incredible. It’s been amazing to see how the team got everything together, did all the planning, and made it all fall into place according to the plan.”

Lukey likewise praised the collaborative effort, emphasizing the benefits to crews across the military community.

“The establishment of this laboratory will enable us to continue to protect our air crews and achieve our mission in support of our country and our allies around the globe.” 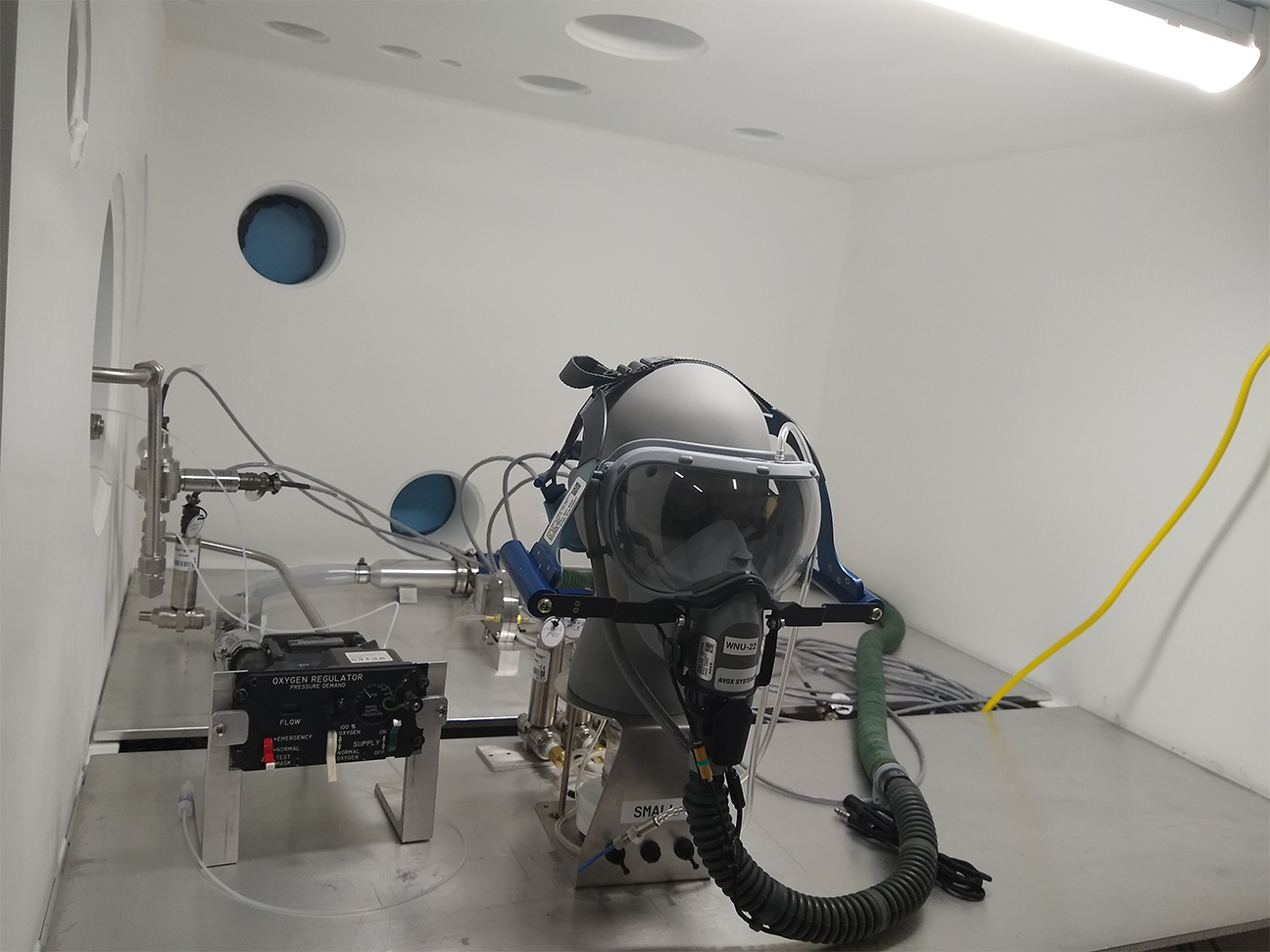 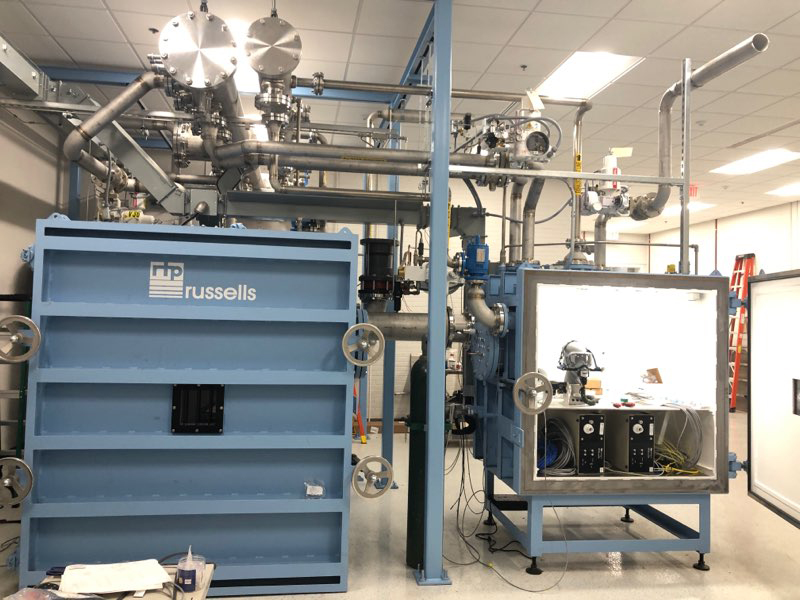