WRIGHT-PATTERSON AIR FORCE BASE, Ohio (AFRL) – The BOLT II “In memory of Mike Holden” flight experiment, managed by the Air Force Research Laboratory/Air Force Office of Scientific Research (AFRL/AFOSR), launched on the evening of March 21 from the National Aeronautics and Space Administration’s (NASA) Wallops Flight Facility in Virginia. Dr. Michael Holden, who, up until his passing in 2019, had been a leader in the hypersonics field since the 1960s. The flight experiment successfully flew the planned flight path and acquired tremendous scientific data to further our understanding of boundary layer transition, turbulent heating, and drag at hypersonic conditions.

The goal of the AFRL/AFOSR BOLT II flight experiment is to collect scientific data to better understand Boundary Layer Transition (BOLT) and Turbulence (BOLT II) during hypersonic flight. Monday’s successful launch of the two-stage suborbital sounding rocket has paved the way for the next chapter of discovery in this area of basic research.

“The flight experiment was designed to provide access to hypersonic boundary layer turbulence measurements in a combination of low-disturbance air and high Reynolds numbers seen in flight, but that are not achievable in ground test facilities,” said Dr. Sarah Popkin, who oversees the AFRL/AFOSR BOLT II project as AFOSR’s Program Officer for High-Speed Aerodynamics.

As well, team members at AFRL’s Aerospace System’s Directorate have been instrumental in this project by doing a lot of the heavy lifting ensuring that the entire team was able to successfully collect the data needed from the experiment.

Strategic partnerships like these are vital to AFRL/AFOSR’s basic research success. By creating and supporting opportunities for highly diversified partnerships such as these, AFRL/AFOSR can also provide important pathways to build the next generation of scientists and engineers who can solve difficult problems and contribute to modernizing the future science and technology needs for the nation.

Similar to the BOLT I program, BOLT II included a symbiotic trio of wind tunnel testing, high-fidelity computations, and a flight experiment. The wind tunnel and computational data acquired during the BOLT II project informed the design and placement of over 400 sensors to capture correlations needed to, in turn, improve and validate boundary layer turbulence models.

Unique to BOLT II, this project provided the first-ever full-scale ground testing of the flight geometry. Post-processing of the flight data will be directly compared to the earlier entry into the CUBRC LENS II shock tunnel. This facility replicated the Mach and Reynolds number conditions expected for the BOLT II trajectory but at higher, conventional disturbance air conditions. “The results from these two data sources provide a one-of-a-kind direct comparison between ground and flight experiment conditions with identical hardware. A second, full-scale wind tunnel test campaign, is being carried out by the University of Queensland, which is also matching flight conditions and simulating vehicle surface heating observed during flight,” said Popkin.

“Words cannot express how grateful and happy I am that we have reached this moment. Absolutely, we would not be where we are without our amazing team and I’m excited to see what the data will teach us about high-speed turbulence,” said Popkin.

Dr. Rodney Bowersox, professor of aerospace engineering at TAMU and lead principle investigator on BOLT II, couldn’t agree more, “I am very grateful to have been a part of this great team effort involving multiple research groups at TAMU, including Dr. Helen Reed and Dr. Edward White and the cadre of brilliant students, CUBRC, AFRL, NASA, NASA Sounding Rocket Operations Contract (NSOROC), Lockheed Martin, other universities, and most importantly AFRL/AFOSR. I am confident the data obtained will serve the scientific research community for many years to come. Mike [Holden] would be very proud.”

BOLT II exemplifies just how AFRL/AFOSR continues to discover, shape and champion bold, high risk, high reward basic research for the United States Air Force and Space Force. As AFRL/AFOSR celebrates 70 years of innovation, this legacy continues through smart investments in basic research opportunities that take deep dives into scientific transformational principles and conceptions that clear the path to new inventions, products and capabilities. As well, BOLT II illustrates the importance of basic research as a long-term investment that requires commitment and a sound strategy.

The Air Force Office of Scientific Research (AFOSR) expands the horizon of scientific knowledge through its leadership and management of the Department of the Air Force’s basic research program. As a vital component of the Air Force Research Laboratory (AFRL), AFOSR’s mission is discover, shape and champion basic research that profoundly impacts the future Air and Space Forces. AFOSR accomplishes its mission through global investment in advanced discovery research efforts in relevant scientific areas. Central to AFOSR’s strategy is the transfer of the fruits of basic research to industry, the supplier of Air Force acquisitions; to the academic community, which can lead the way to still more accomplishment; and to the other directorates of AFRL that carry the responsibility for applied research leading to acquisition. 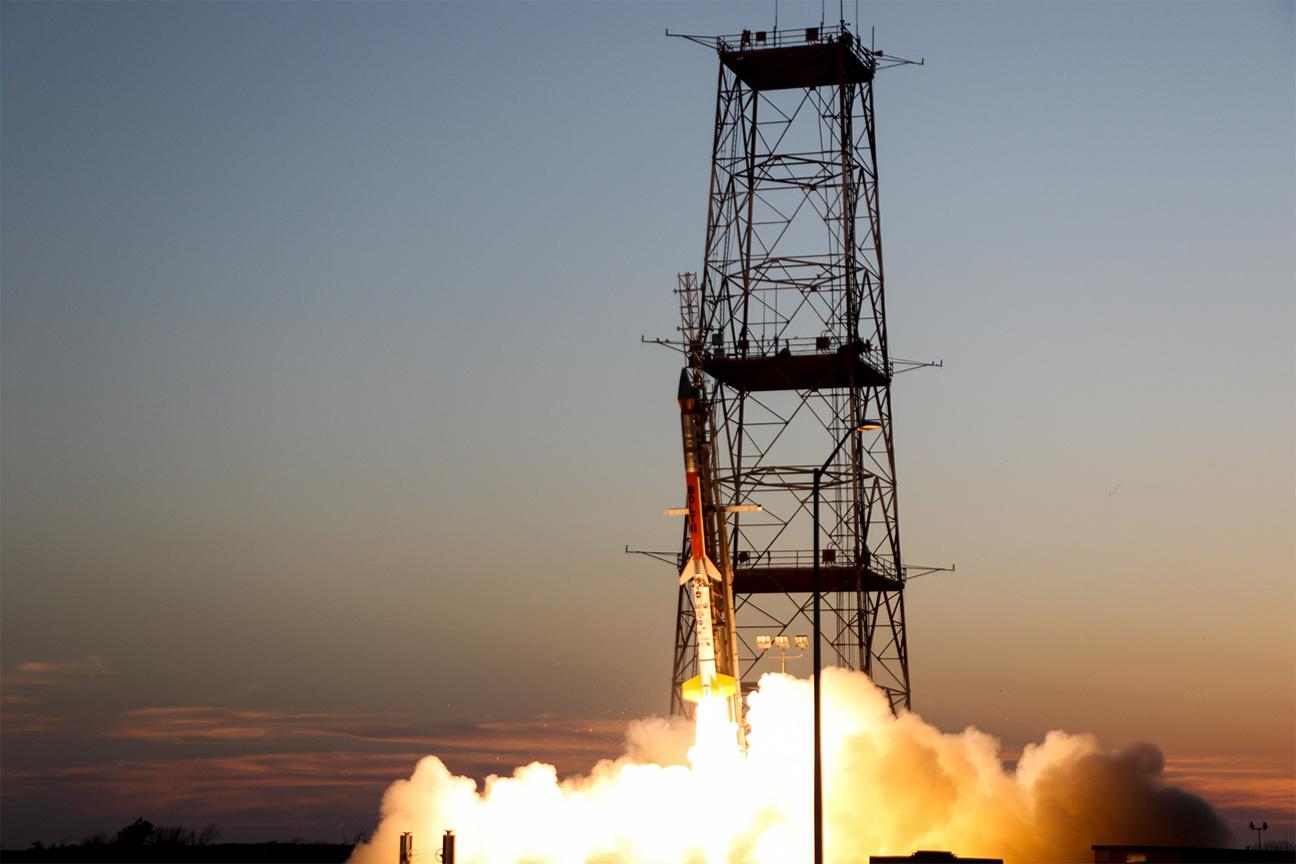 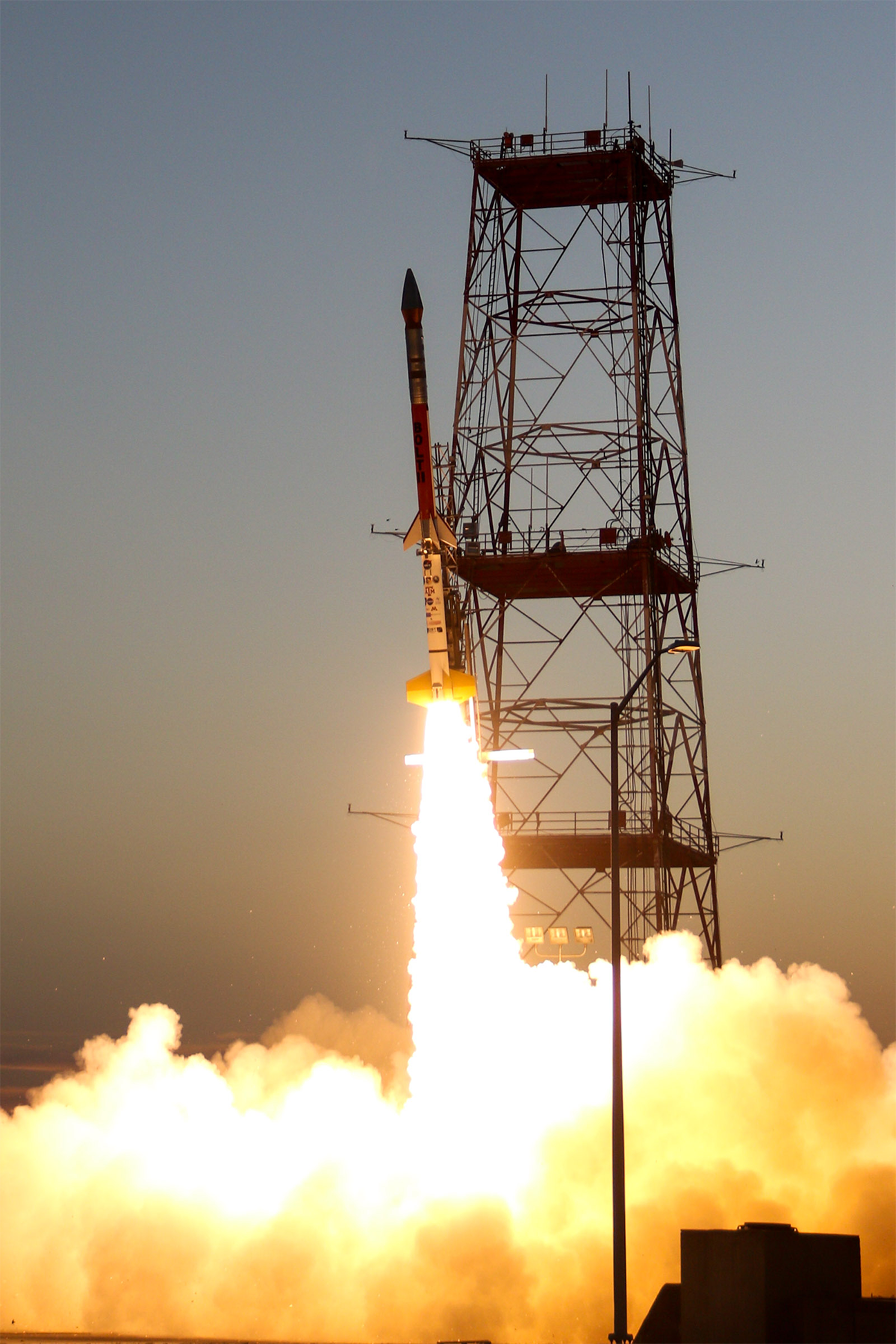 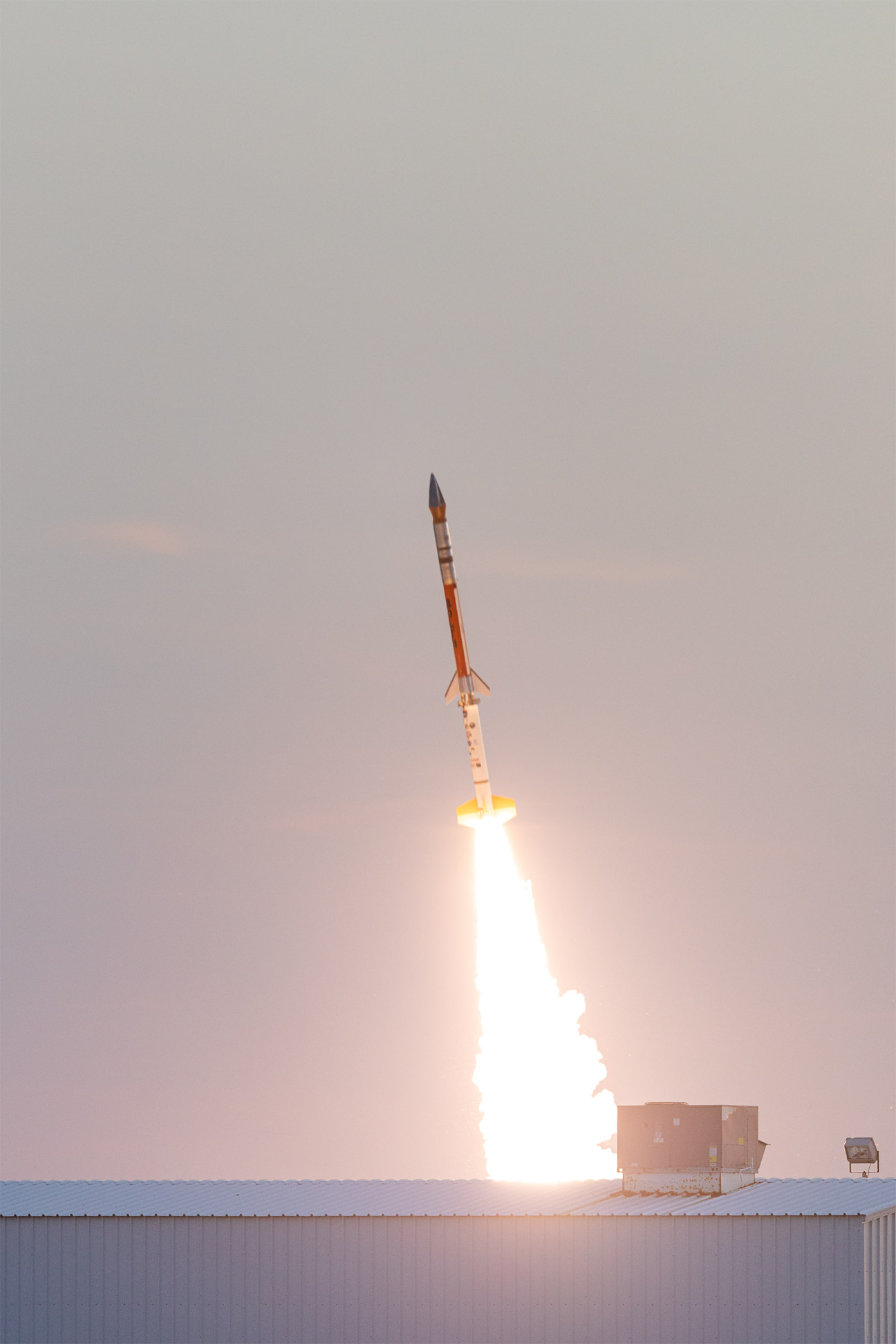 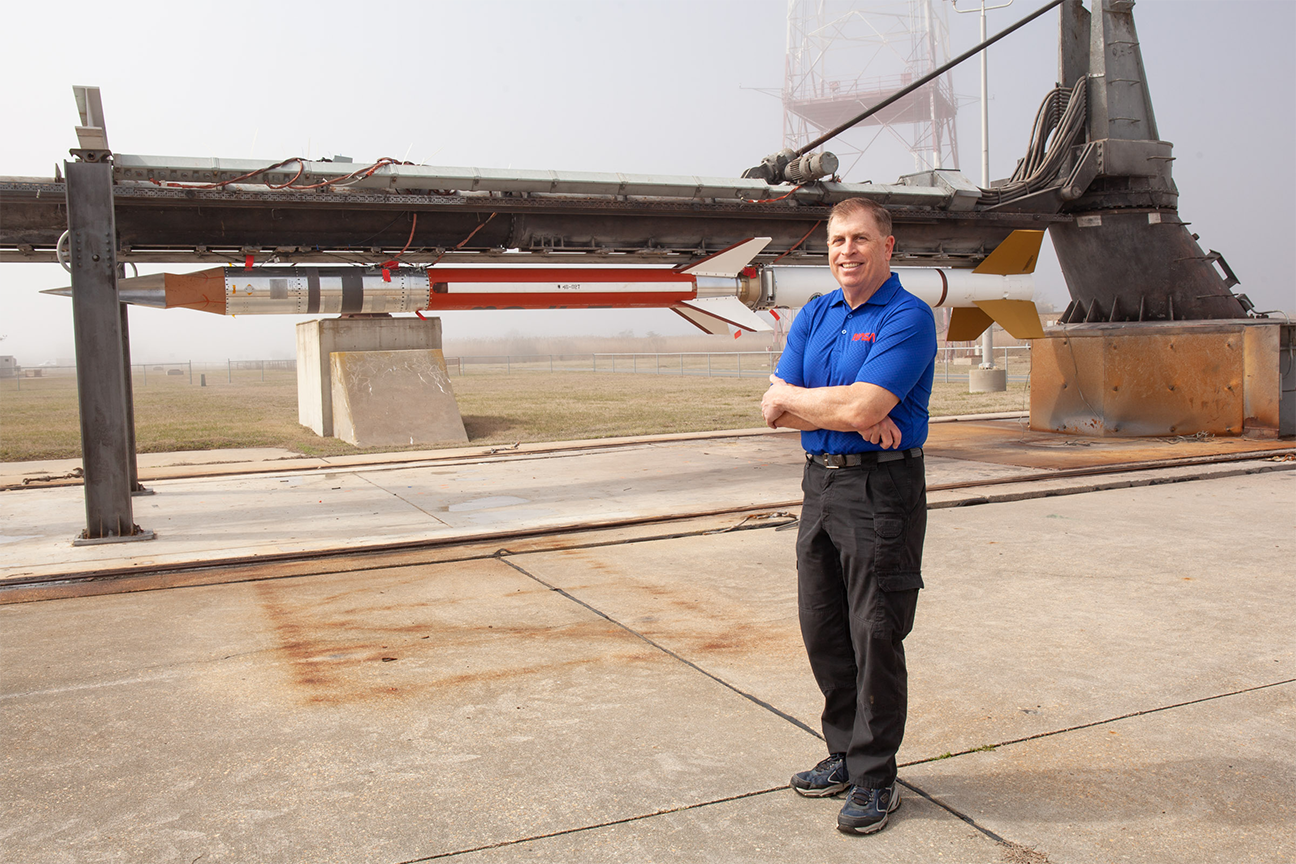 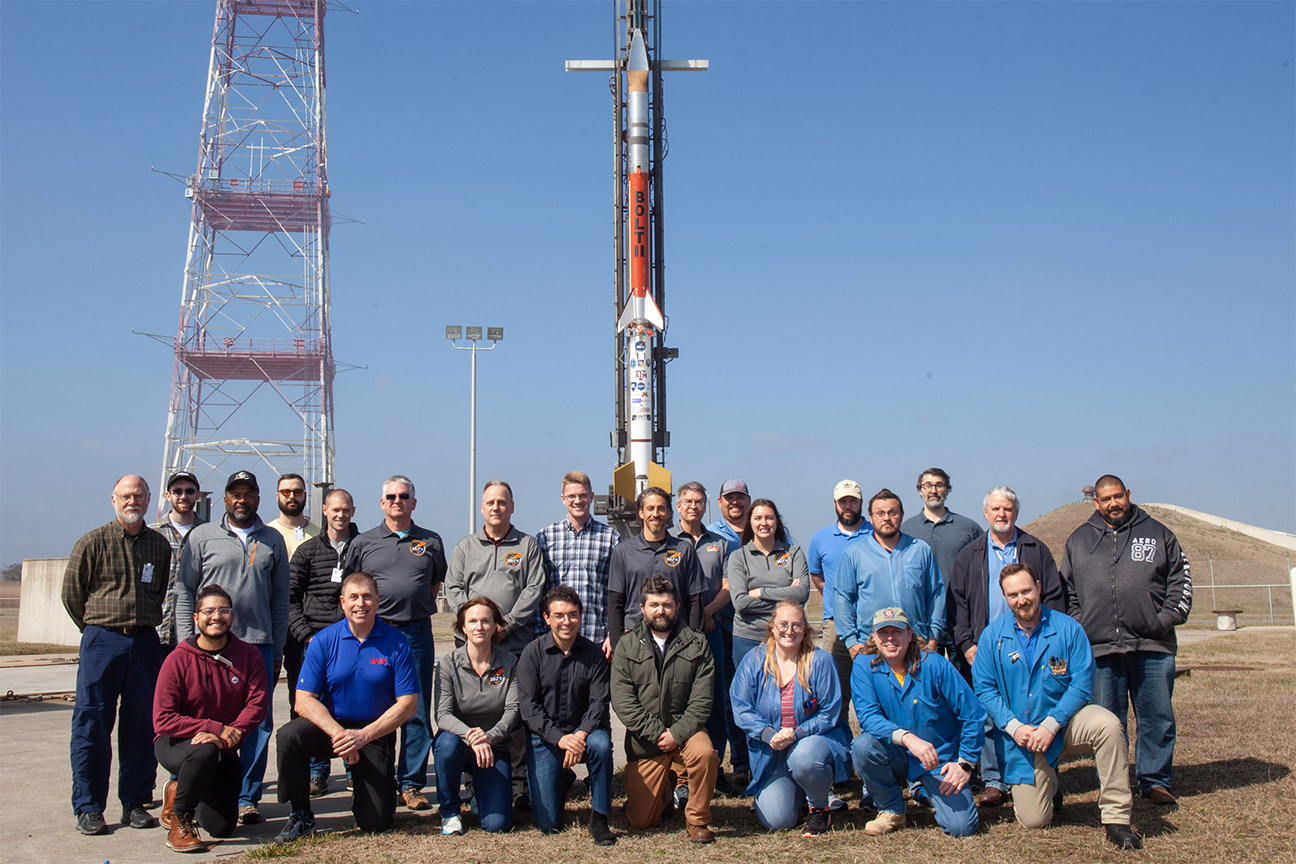