The awards were made using the Space Enterprise Consortium (SpEC) Other Transaction Agreement (OTA), executed at Space and Missile Systems Center (SMC), Development Corp., located at Los Angeles Air Force Base, El Segundo, California. The OTA acquisition allows for traditional as well as non-traditional contractors to submit proposals, leveraging unique capabilities from companies that may not be able to participate in a standard FAR based contract acquisition process.

ABL Space Systems, and Invocon, Inc. were both awarded a three year agreement in December 2019. Each award is for the design, test, manufacture, and launch of a sub-orbital flight of a rocket using a highly instrumented modular aerospike liquid rocket engine.

AFRL, ABL Space Systems, and Invocon, Inc. are paving the way by demonstrating the first aerospike nozzle and highly modular large liquid rocket engine in a representative orbital launch trajectory. Thrust vector control for the aerospike will be demonstrated and large amounts of data on the modular engine and the aerospike will be gathered through the entire trajectory. The Air Force is interested in reducing the risk and cost associated with developing this technology so that it may be used in the next generation of space launch systems.

Invocon is a veteran-owned small business that provides turnkey instrumentation and control solutions for demanding applications in extreme environments and has teamed with KT Engineering and Troy7 for their unique capabilities.

“The Invocon Team feels that this a great opportunity to accomplish what has eluded the rocket community for nearly 60 years,” Invocon President Karl Kiefer said. “It will allow our team to verify new propulsion technology that has potential for higher performance, lower acquisition costs, and a reusable capability for the Air Force in a relatively short amount of time. It also introduces a new engine platform for potential orbital and suborbital deployment.”

“We are a company that is set up for rapid hardware development,” said ABL Chief Executive Officer, Harry O’Hanley. “Fast-paced engineering is necessary to maintain the superiority of the U.S industrial base. Our team is proud to partner again with AFRL and support the ARISE mission.”

“The investigation of a revolutionary, promising, yet unproven architecture is the heart of what AFRL does,” said Jade Pomerleau, AFRL ARISE program manager. “Studies show that the modular architecture can dramatically reduce costs and development time for large liquid rocket engines, but barriers to using these technologies remain high. So as AFRL has done with past programs, the ARISE program will mature necessary technologies to advance the Air Force’s capability to lead in the Space Domain.”

AFRL at Edwards Air Force Base, California has played a key role in advancing rocket engine technologies for the nation, since 1952. The ARISE program under AFRL’s Affordable Responsive Modular Rocket (ARMR) portfolio is a rapid proof of principal prototype program to keep the fight unfair. AFRL continues to be a prominent player in liquid rocket engine development in the United States. 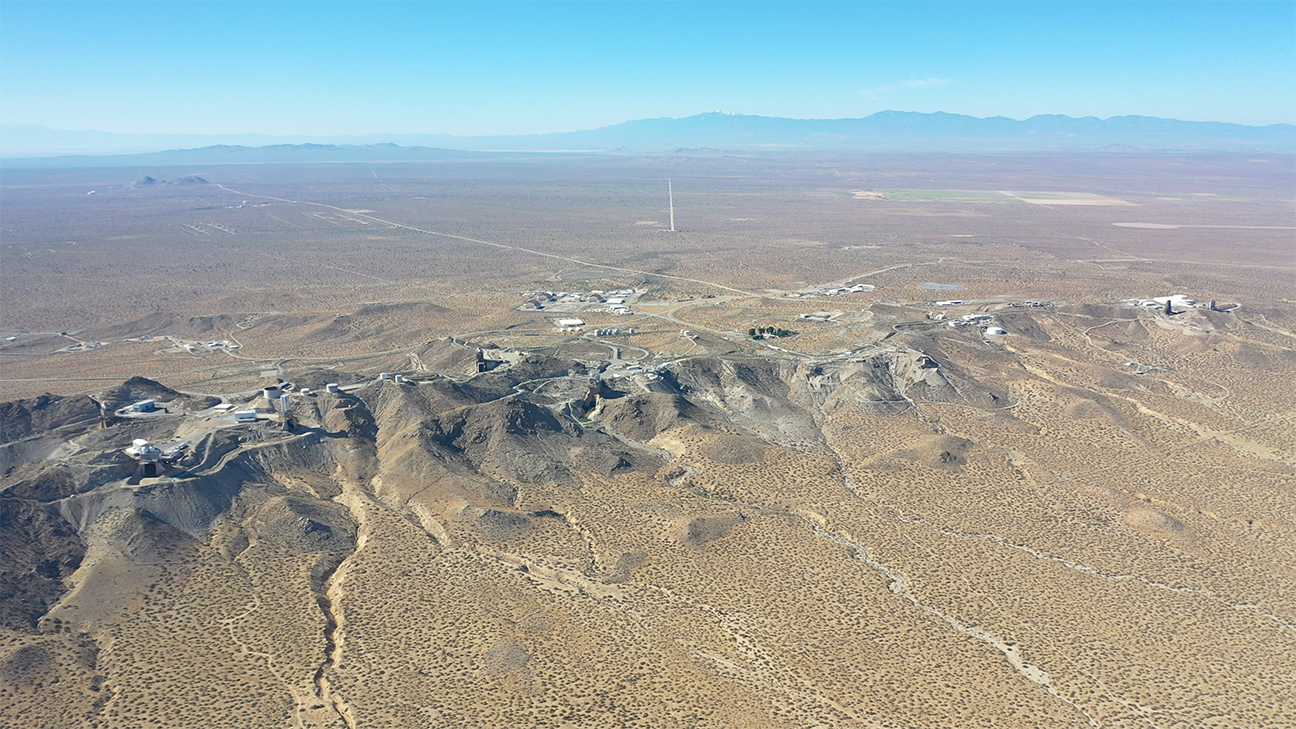 Leuhman Ridge is located on Edwards Air Force Base and is home to AFRL’s rocket test stands that have testing abilities that range from individual component testing to captive engine and motor firings to captive testing of fully assembled vehicles. As companies proceed through their OTA’s one of the many test facilities may be picked to test their specific experiment. (Courtesy photos)