Building upon the success of the Tactical High-Power Operational Responder (THOR) technology demonstrator, Leidos will build an advanced high power microwave (HPM) weapon system to bring the newest technology to bear against the growing threat from unmanned aircraft.

“The new prototype will be called Mjölnir, the mythical Norse God Thor’s mighty hammer,” said Adrian Lucero, THOR program manager at AFRL’s Directed Energy Directorate at Kirtland AFB, New Mexico. “Because THOR was so successful, we wanted to keep the new system’s name in the family.”

“The lessons learned from our successful overseas operational testing, now define the new requirements for the Mjölnir program, and will be the baseline configuration for future systems to be deployed around the world,” Lucero said.

The $26 million Mjolnir prototype, will use the same technology as THOR, but will add important advances in capability, reliability, and manufacturing readiness.

“We are transitioning AFRL technology to our industry partner Leidos, who has the knowledge and capability to build multiple systems in the future,” said Lucero. “Mjölnir will focus on creating a detailed blueprint for all future cUAS HPM systems with enhanced range and technology for detecting and tracking UASs. This will ensure the U.S maintains our electromagnetic spectrum superiority.”

AFRL is working closely with cross-service partners to field these systems for base defense.

“As the danger from drone swarms evolves, all services are working closely to ensure emerging technologies like Mjölnir, will be ready to support the needs of warfighters already engaged against these threats. The program will begin this spring with a delivery of the prototype weapon in 2023,” said 1st Lt. Tylar Hanson THOR deputy program manager. 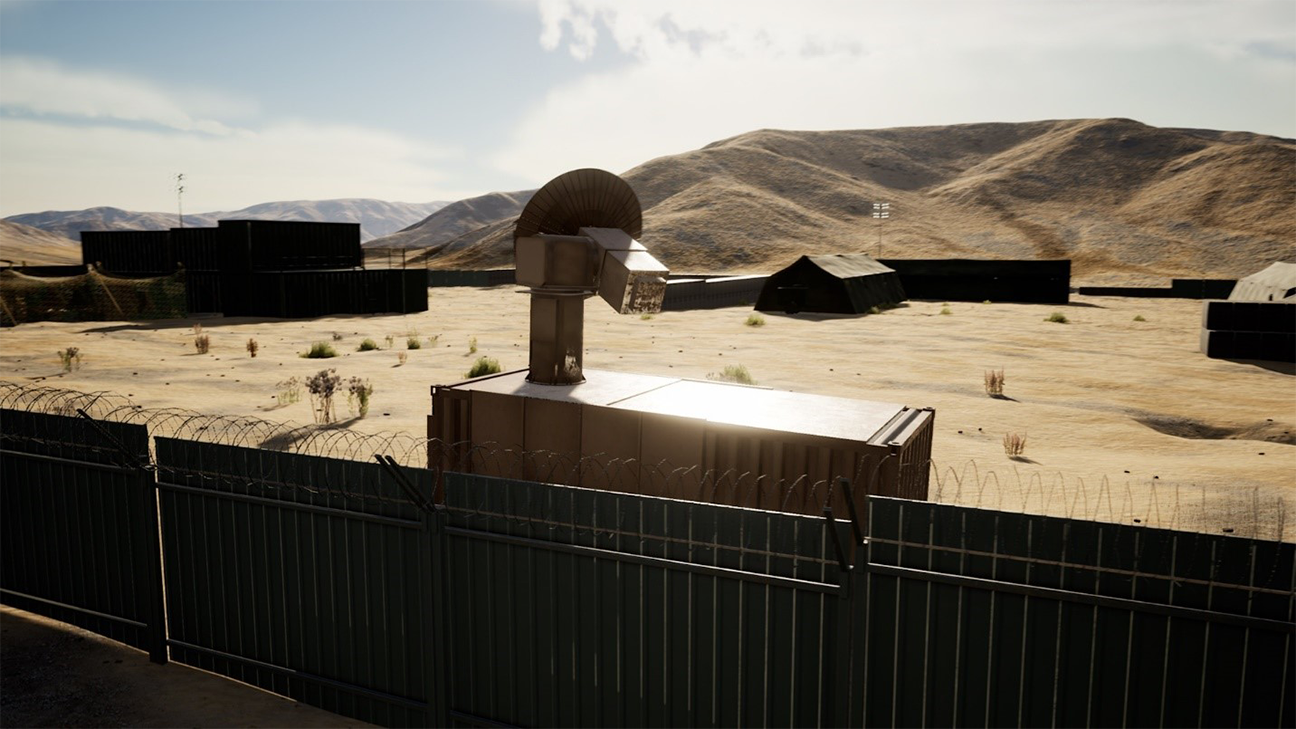 An artist’s rendering of the Air Force Research Laboratory’s THOR drone killer, capable of downing many adversarial drones in fractions of a second. A follow-on system named Mjölnir, the hammer belonging to Thor, the god of thunder, Mjölnir will soon be under development at Leidos facilities in Albuquerque, N.M. (Courtesy illustration)