“We have been tracking the DOE’s investments at NREL in this area for many years,” said David Wilt, AFRL senior physicist. “The team at NREL invented the D-HVPE technology and are world experts in using this technology to create high-efficiency solar cells.”

According to a July 26, 2019 article on the NREL website (www.nrel.gov), researchers at NREL “have refined the D-HVPE process to produce solar cells more than 20 times faster than the process now commonly used called metalorganic vapor-phase epitaxy (MOVPE).”

“Current solar cell and panel production is costly,” said Wilt. “The end goal of D-HVPE technology, as well as the other related efforts, is to enable high-efficiency space solar cells and panels to be produced in large quantity and at lower cost to enable more and larger space uses, as well as a variety of Department of Defense terrestrial applications.”

NREL sees valuable benefits in collaborating with AFRL on the D-HVPE technology.

“Partnering with the Air Force is important so that we can mature D-HVPE technology to the point where it could be transitioned to private industry,” said Kelsey Horowitz, NREL lead researcher. “The Air Force also assists NREL in better understanding the solar cell technology requirements and needs for a range of defense applications.”

D-HVPE is promising for both defense and commercial use. “If we are successful in reducing all of the high cost solar cell fabrication processes, we may enable the use of these high-efficiency cells in broader civilian and commercial applications,” Horowitz said. “These include applications that require higher power per area and value flexibility, like on ships, electric vehicles, or portable devices.”

The AFRL Space Vehicles Directorate has been a leader in space solar power systems for decades and in collaboration with industry partners, has made huge advancements in photovoltaic-based spacecraft power technologies.

“The maturation of D-HVPE technology will build upon AFRL’s other research developments with the goal of providing game-changing renewable power solutions for the warfighter,” said Wilt. “For example, space-solar-beaming, central to AFRL’s SSPIDR project, needs affordable high efficiency solar cells such as those produced by D-HVPE,” Wilt said. “Scientists at AFRL anticipate using these next-gen solar cells to gather the sun’s energy, convert it to radio frequency and beam it to a receiver on earth.” 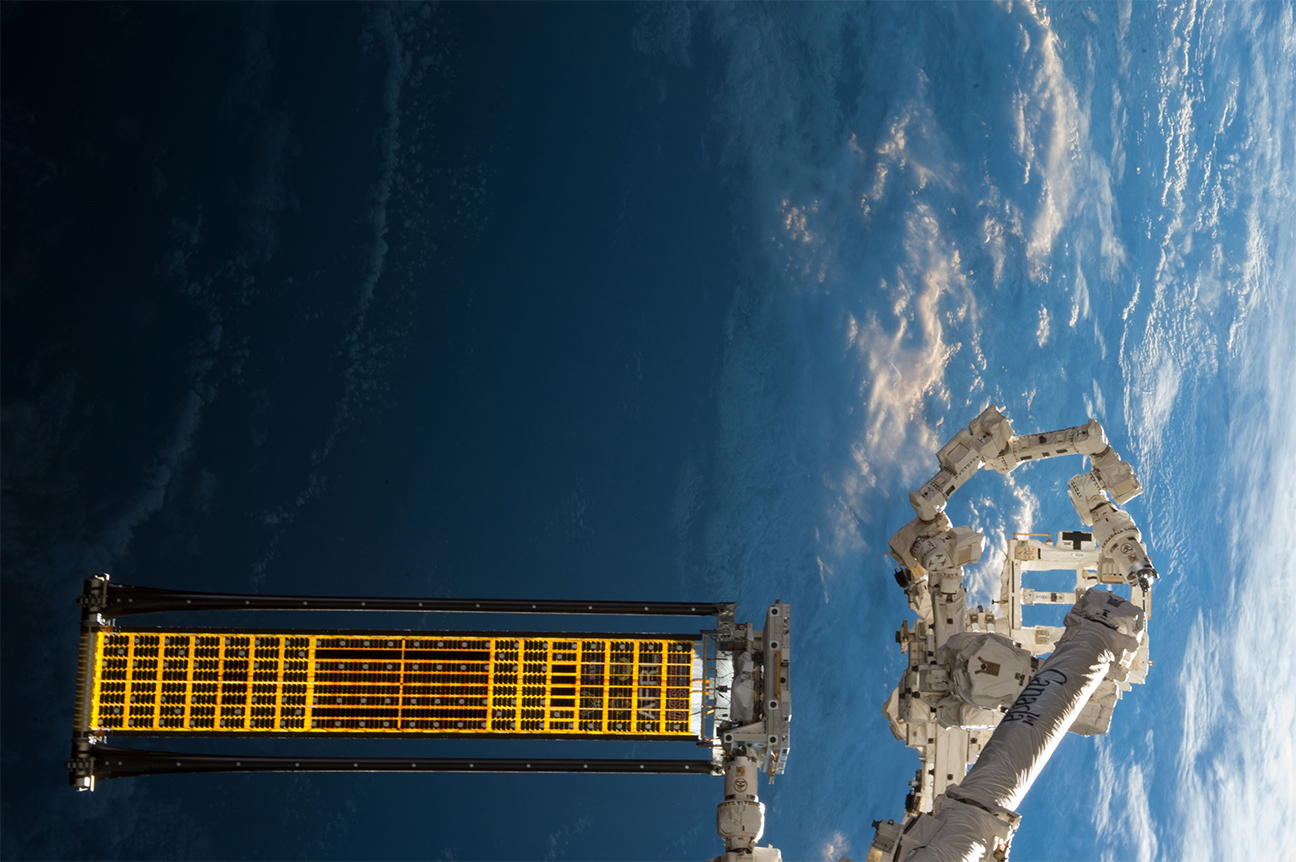