The event provided Air Force Research Laboratory leaders, scientists, and engineers an opportunity to engage with not only Ohio companies, but industry representatives from across the nation as well. Through the event, hosted by Dayton Defense, a not-for-profit industry association established in 1995, businesses have an opportunity to engage in one-on-one conversations with AFRL technologists and planners.

AFRL, as an event participant, is able to send subject matter experts, or SMEs, to represent technologies the Air Force is interested and invested in to help meet warfighter needs. The event provides an opportunity for industry, government leadership, and SMEs to engage in discussion on the latest technology trends and future research and development acquisitions that support the Air Force mission.

The two-and-a-half-day event, themed, “Science and Technology for 2030 and Beyond,” included comprehensive presentations, panel discussions, and one-on-one sessions with senior Air Force officials. Participants were invited to ask questions pertaining to technology focus areas and aerospace research and development.

“I’d like to think back for a moment to Dec. 17, 1903, when the Wright Brothers made the first powered flight,” said Krone. “They knew they had made history. They also knew that what they had just done was dwarfed by everything they still needed to do. I can image Wilbur turning to Orville and saying, ‘Hey, not a bad day all things considered, but it’s time to get back to work. You and I know that we can do a whole lot better, and there is so much more we have to do.’ Here in this room, you and I know that the U.S. Air Force and our industry have made a lot of great history. But the history is not enough. We have to get back to work and start thinking about everything that still needs to be done, and that will require a great deal of out-of-the-box thinking from each and every one of us.”

Timothy Sakulich, a member of the senior executive service, and AFRL’s lead for Air Force S&T strategy implementation, provided an update on the various lines of effort shaping the development of an Air Force implementation plan for the AF S&T strategy.

“Key stakeholders across the Air Force S&T enterprise are working closely to identify, prioritize and drive early action in support of the strategy, and this will feed into a more comprehensive implementation plan that is due to Air Force senior leadership in October,” Sakulich said. “It was a pleasure to be able to provide the WDI attendees an update on some of the actions that are shaping that implementation plan.”

A keynote address given by Maj. Gen. Michael Fantini, Director, Air Force Warfighting Integration Capability, served as the highlight for day two of the event.

Dr. Corey Schumacher, of the 711th Human Performance Wing, and program manager and chief technology officer for the Autonomy Research Collaboration Network, or ARCNet, provided an update on AFRL’s efforts regarding the ARCNet capability.

Sakulich, who is also director of AFRL’s Materials and Manufacturing Directorate, opened day three of the event with a briefing on rapid sustainment initiatives the directorate has and Dr. David Walker of Wright Brothers Institute helped wrap up the event with remarks about creating AF S&T 2030 partnerships with government and industry. 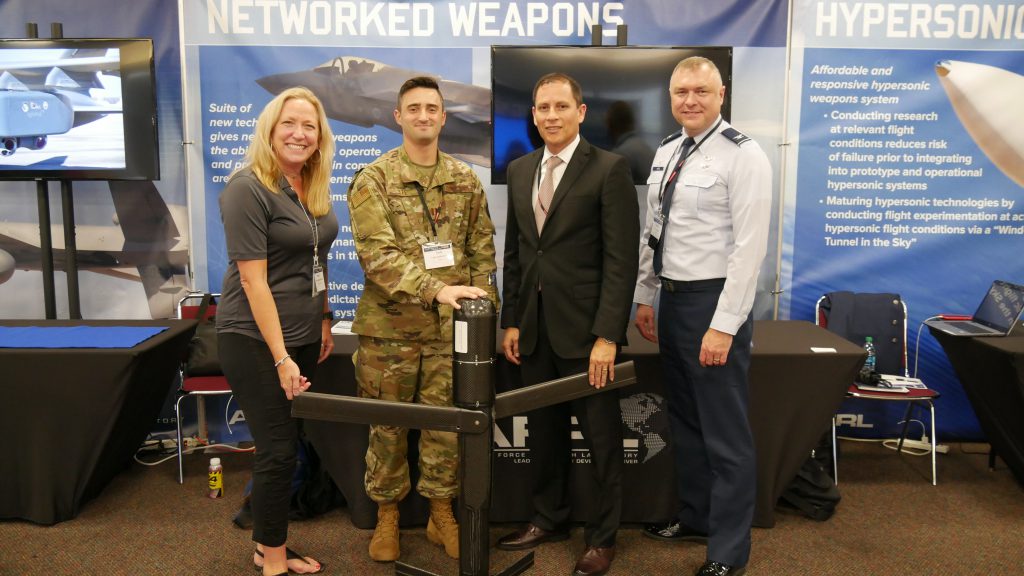 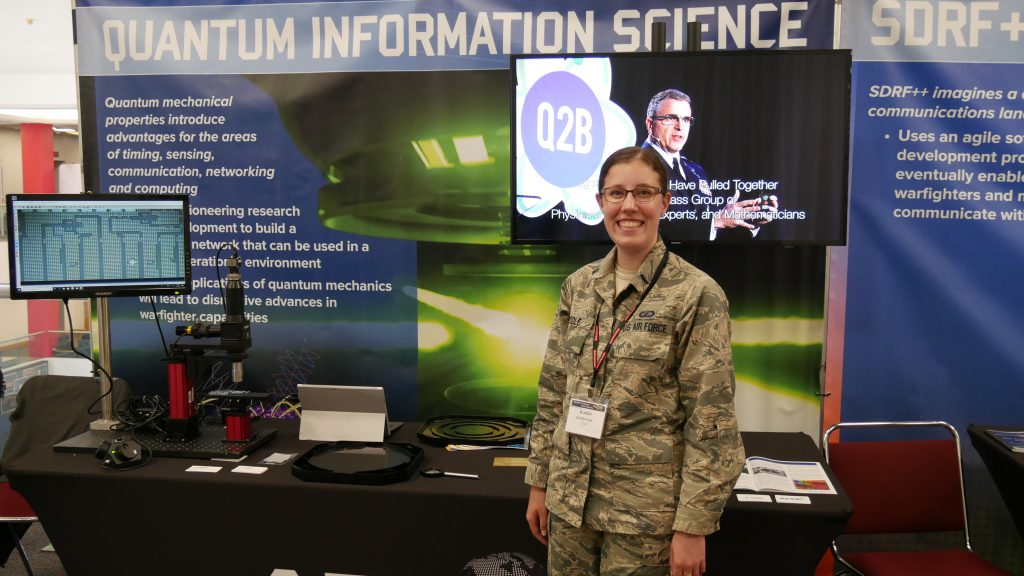 1st Lt. Kaitlin Poole, of AFRL’s Information Directorate at Rome, New York spoke about Quantum Information Science during Dayton Defense’s Wright Dialogue With Industry, July 16-18 at the Dayton Convention Center. AFRL is pioneering research and development to build a quantum network that can be used in a future operational environment. (Courtesy photo)