KIRTLAND AIR FORCE BASE, N.M. (AFRL) – New Mexico Institute of Mining and Technology (NMT) astronomers are one-step closer to having their own high-powered window to space and the universe, after receiving congressional funding for the Magdalena Ridge Observatory Interferometer (MROI).

The university will receive $6.2 million in congressional funds to complete the first phase of the anticipated $30 million five-year project to build three telescopes and two scientific instruments of the MROI in Socorro, New Mexico.

NMT has received congressional funding over the past several years in support of the university’s astronomy program. The Air Force Research Laboratory Space Vehicles Directorate at Kirtland AFB manages the funding contract.

“When complete, the project will improve detection and characterization of objects at Geosynchronous Earth Orbit and beyond,” said Van Romero, vice president for research and professor of physics at New Mexico Institute of Mining and Technology. “It will allow astronomers to assess the health and orientation of man-made objects and study star spots, newly forming planets around young stars, and accretion disk physics around super-massive black holes.”

“AFRL, which supports both the Air Force and Space Force, can benefit through collaboration with academia on congressionally funded projects,” said Brian Engberg, who leads AFRL’s Space Control Branch. “If successful, this effort will enable us to leverage new, innovative sensing instruments that, while directly advancing astronomical sciences, could also augment space domain awareness and defense.”

The funding will support a team of more than 40 scientists, engineers, students and project support staff. Composed primarily of researchers and students from NMT, the team will collaborate with the University of Cambridge, United Kingdom and is in partnership with AFRL.

“This project will help the New Mexico Institute of Mining and Technology establish a world-class astronomy program that will provide value to the DOD and the academic and commercial communities for decades to come,” said Joseph Chavez, AFRL senior electronics engineer.

When complete, the MROI will be one of the largest Earth-based optical telescopes, made up of an array of 10 collecting mirrors, working together to produce images with resolutions equal to a single telescope more than three football fields across.

Expected to be completed in 2026, the project has been uniquely designed to work more efficiently, and provide higher resolutions and sensitivities than equivalent telescope arrays being used today.

“This is a technique capability that cannot be equaled from space today,” said Romero.

“We are excited that the MROI has the potential to push New Mexico into the lead in space exploration as well as training young scientists and engineers for the future of space both for the public and private sectors, creating a path for New Mexico’s best and brightest graduates to remain in the state,” he said.

NMT anticipates the facility will be available to public tours, and K-12 school programs, and will promote collaboration with other state, regional, national and international universities. 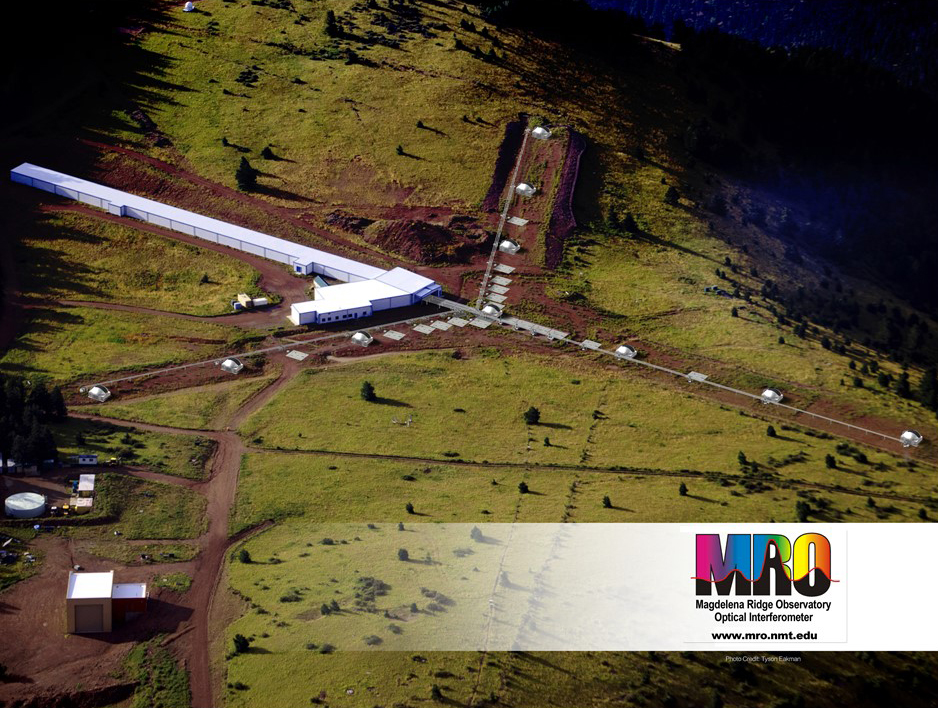 The proposed Magdalena Ridge Observatory Interferometer site, which will ultimately be composed of ten 1.4-meter telescopes. The site is managed by the New Mexico Institute of Mining and Technology located in Socorro, New Mexico. (Image/courtesy NMT)