A CSDB is a Small Diameter Bomb modified with networked collaborative autonomy payloads. NCA technology gives weapons the ability to rapidly respond to changes in their battlespace without real-time human intervention, allowing them to effectively modify their actions to optimize mission success.

During the test the CSDBs established communications with each other, identified a pop-up target, and followed the predetermined rules of engagement. They then proceeded to successfully evaluate and assign themselves to multiple targets, striking them in a time-synchronized manner.

Software issues experienced during the first test were resolved during this second test, according to Steven Stockbridge, Golden Horde principal investigator. Subsequent to the first flight, the team resolved the weapon software issue, incorporated changes to further improve integrated system performance and verified the new software in hardware-in-the-loop simulations.

According to Col. Garry Haase, Director of the AFRL Munitions Directorate, “The continued success of the Golden Horde demonstrations strengthens the foundation for integrating this technology into a variety of other weapon systems and helps the U.S. maintain a technological advantage over our adversaries.”

While initial program plans called for a Collaborative Miniature Air Launched Decoy flight demo and an integrated CSDB and CMALD flight demo, these plans have been cancelled. The Golden Horde program is now pivoting from inventory weapon demonstrations to developing and delivering a multi-tier digital weapon ecosystem: a live, virtual, constructive testing and demonstration capability known as the Colosseum. The Colosseum will be a fully integrated simulation environment with weapon digital twins, or a real-world weapon and a virtual clone, to more rapidly test, demonstrate, improve and transition collaborative autonomous networked technologies. 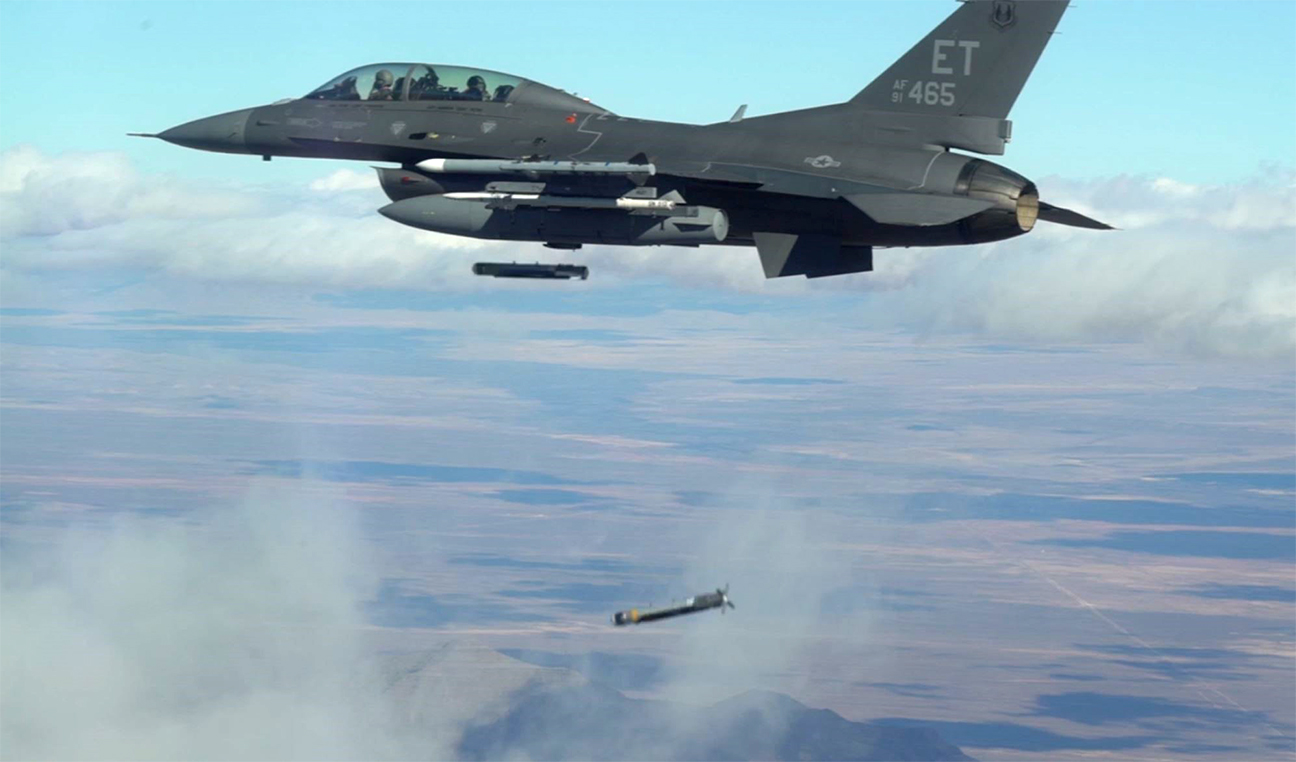 Collaborative Small Diameter Bombs (CSDBs) are launched from the wing of an F-16 fighter from the Air Force Test Center’s 96th Test Wing at Eglin AFB. Four of the bombs were dropped during the second flight demonstration of the Air Force Golden Horde Vanguard on February 19th. (Courtesy photo)