Their current project is an updated gun rack or Modular Weapon Storage System, for the U. S. Air Force C-130 aircraft.

The team, known collectively as JFWORX, is a group of volunteer scientists and engineers from various disciplines throughout the lab working together to create rapid solutions for near-term warfighter needs. Their projects are managed entirely by its members.

The existing gun rack is made of metal and is stored in large modular cases that are affixed to the floor. These cases are heavy and bulky, consume precious cargo space and are extremely inaccessible should the crew need access to them in an emergency.

In 2017, a group of crew members for the C-130 tried to design a new prototype to solve the gun rack issue. However, due to unmet requirements, the design didn’t successfully make the transition from prototype to product, but their work has been very beneficial to the JFWORX team, who took on the project in 2019.

The new prototype is constructed of aluminum and is one-third the weight of the original design. It also has the capability to house multiple firearms including the M4 rifle, Mk 14 EBR and M870 shotgun, as well as the M9 and the new M17 handguns.

The improved rack is designed to be mounted on the wall of the aircraft. This frees up space on the aircraft and is a tremendous improvement in accessibility.

“Our goal is to provide an end product that has increased performance over old designs and methods,” said 2nd Lt. Alexander Orsi, research engineer and member of the JFWORX team.

“Accessibility to an organization that can rapidly research, develop and test a new product that will assist the warfighter is indispensable,” said rack originator, Master Sgt. Michael Mueller, HC-130 Loadmaster. “A weapon storage system which uses unused space outside the cargo area utilizes the full cargo transport capability while preventing unauthorized access and providing physical security of the weapons without jeopardizing the weapon accessibility.

“JFWORX’s innovative design provides combat-ready aircrew with greater access to their self-defense weapons, peace of mind that the weapons remain as effective as the user, reduced load/reload/re-configuration times, additional flexibility with regard to weight and balance adjustments and ultimately contributes to fuel cost savings,” Mueller added.

The final design will be field tested in training as well as deployment in 2020.

Based on feedback from the crews interacting with the prototype in an operational environment, one final project update will be created. The design will be transitioned to industry to create and fabricate the new MWSS.

Ideas that need further funding or technical effort to either reach “Spark Tank” or become its own program of record are tackled by the JFWORX team to enable an idea to come to fruition. In the case of the MWSS, the team worked directly with Master Sgt. Mueller to produce a functional prototype and prepare it for operational testing. 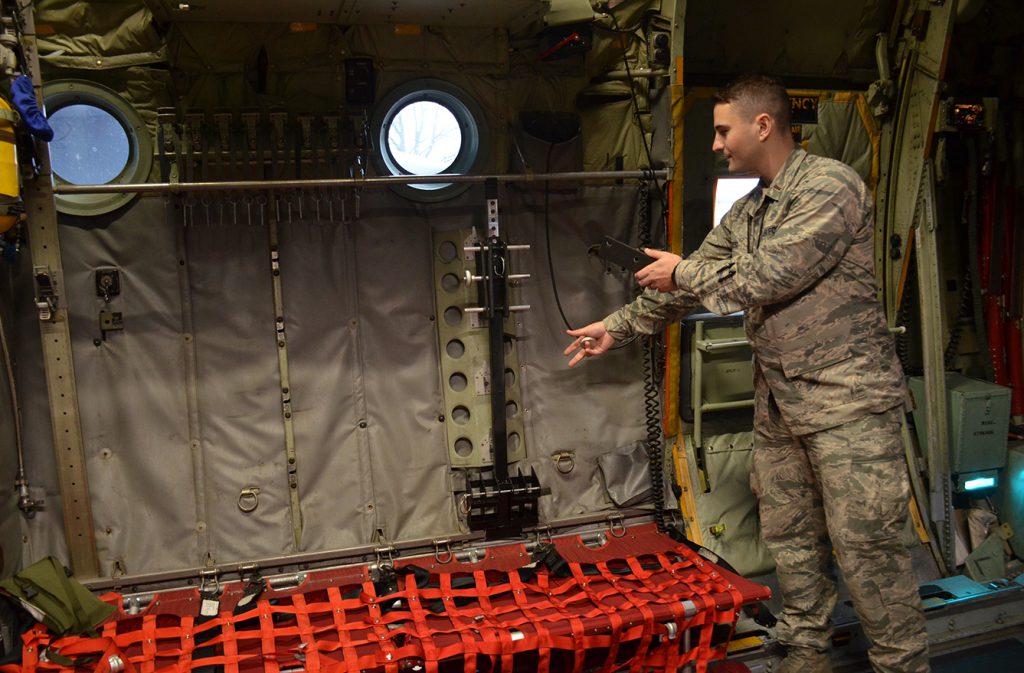