During the mission, the weapons referred to predefined rules of engagement, a set of constraints preloaded by a mission planner, and determined that the jammer was not the highest priority target. The weapons then collaborated to identify the two highest priority targets. However, due to an improper weapon software load, the collaboration guidance commands were not sent to the weapon navigation system. Without the updated target locations, the weapons impacted a failsafe target location.

“The Golden Horde demonstration with the Small Diameter Bomb flights is an important step on the path to Networked Collaborative Weapon systems. Completion of this first mission sets the stage for further development and transition to the warfighter,” said Chris Ristich, AFRL Transformational Capabilities Office director.

This initial demonstration represents a critical first step for the Golden Horde program, an initiative focused on advancing networked, collaborative and autonomous, or NCA, weapon capabilities through live and virtual testing. These new technology areas provide the Air Force with a revolutionary way to engage adversary targets.

The technologies enabling this new capability include a home-on-GPS-jam seeker that gathers information about the battlespace, a software defined radio for communication between weapons and a processor preloaded with collaborative algorithms.

The collaborative algorithms use a dynamic approach called play calling, similar to a quarterback calling a play in football. A “play” is an established behavior that groups of collaborative weapons, or swarms, can enable or disable when they meet certain predefined conditions. Weapons that use this technology are semi-autonomous since they abide by predefined rules of engagement and only execute based on an approved list of plays.

While this demonstration has given the Air Force insight and confidence in networked, collaborative and autonomous weapons technologies, no intention currently exists to transition this technology to the CSDB. Col. Garry Haase, director of the AFRL Munitions Directorate explained, “This successful Golden Horde demonstration builds the foundation for integrating this technology into a variety of other weapon systems, which will help the U.S. maintain a technological advantage over our adversaries.”

“I’m very pleased with the results of this first test,” stated Steven Stockbridge, Golden Horde principal investigator. “The team saw good performance from the networked collaborative sub-systems and understood the root cause of the weapons not impacting the desired targets. We anticipate readiness for the next flight test.” Two more CSDB flight tests are planned for early 2021, increasing the number of collaborative weapons in each demonstration to four. 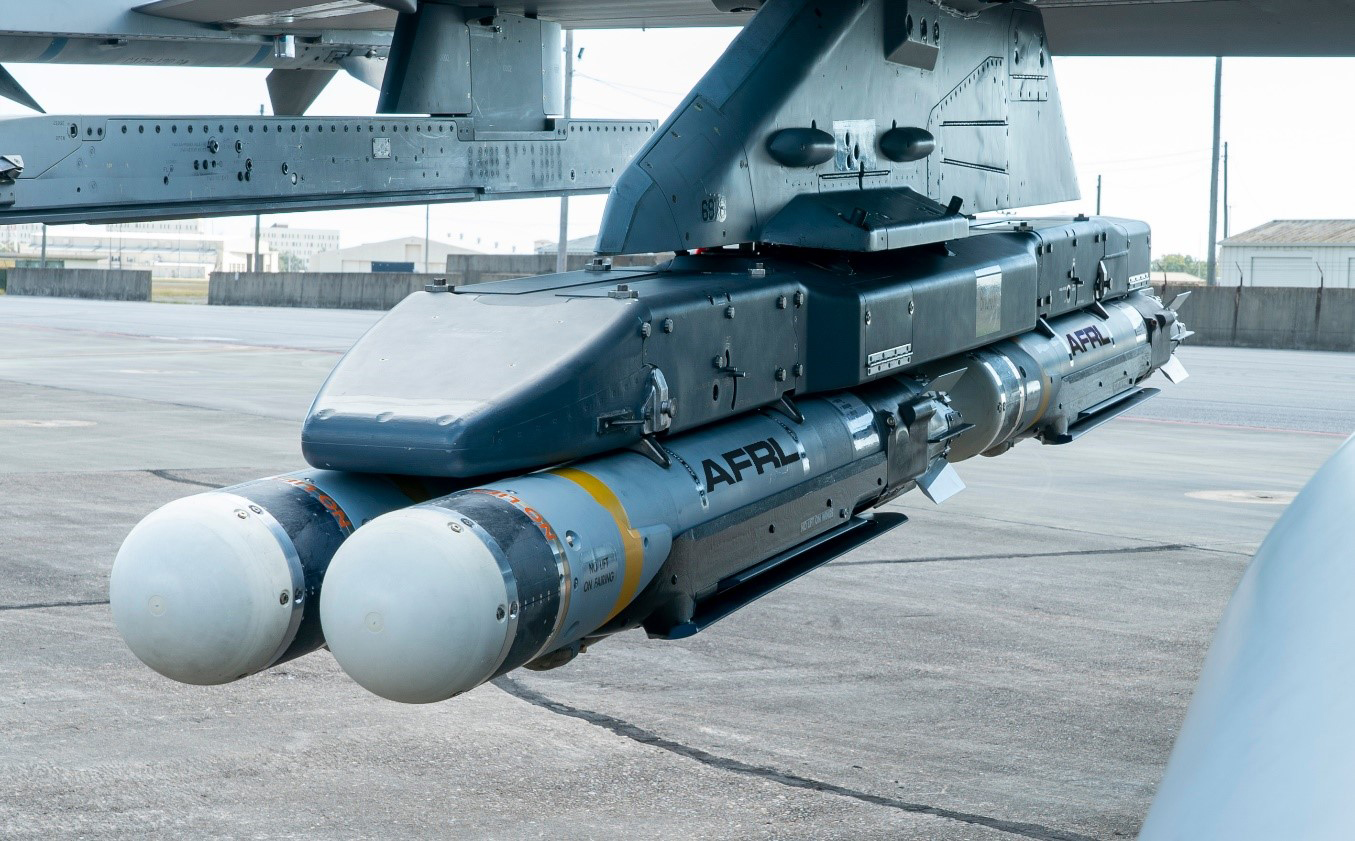