FAIRBORN, Ohio – A team from Red Flag-Rescue had the opportunity to watch a demonstration of the Air Force Research Laboratory’s live virtual constructive training capabilities at the National Center for Medical Readiness in Fairborn, Ohio, Nov. 14.

Under Detachment 1 of the 414th Combat Training Squadron, Red Flag-Rescue is the Department of Defense’s Joint Force exercise where Airmen partake in realistic combat search and rescue training in challenging contested and operationally limited environments.

Cedric Stark, Red Flag contract site lead who observed the demonstrations, was impressed with the capabilities of LVC and said it can be applied to Red Flag Rescue.

“I enjoyed the demonstration as it showed the Live, Virtual and Constructive future of Red Flag Rescue. Seeing the future opportunities in the virtual realm, such as fighter simulators operating from their stations but will plan, brief, execute and debrief as if we were together is staggering, said Stark. “This is a game changer, a force multiplier for us, as it increases our ability to integrate distributed joint airpower and enhance our ability to train contested Combat Search and Rescue missions.”

Harmer said one of the challenges in training is the difficulty of getting all the Combat Air Forces players together to create the environment needed in order to train. He added for instance, strike assets, because of deployment schedules and their own required training, they do not always have the availability to support such training events. LVC allows the potential for them to fly and interact in a constructive or synthetic simulation capability.

“AFRL, Ted and his team have made a huge difference with bringing in their team to Red Flag,” said Stark. “They are giving us the capability to record events and pull a great deal of data so we can in turn give a much effective debrief to increase better learning. They helped us more than you can imagine over the last three years.” 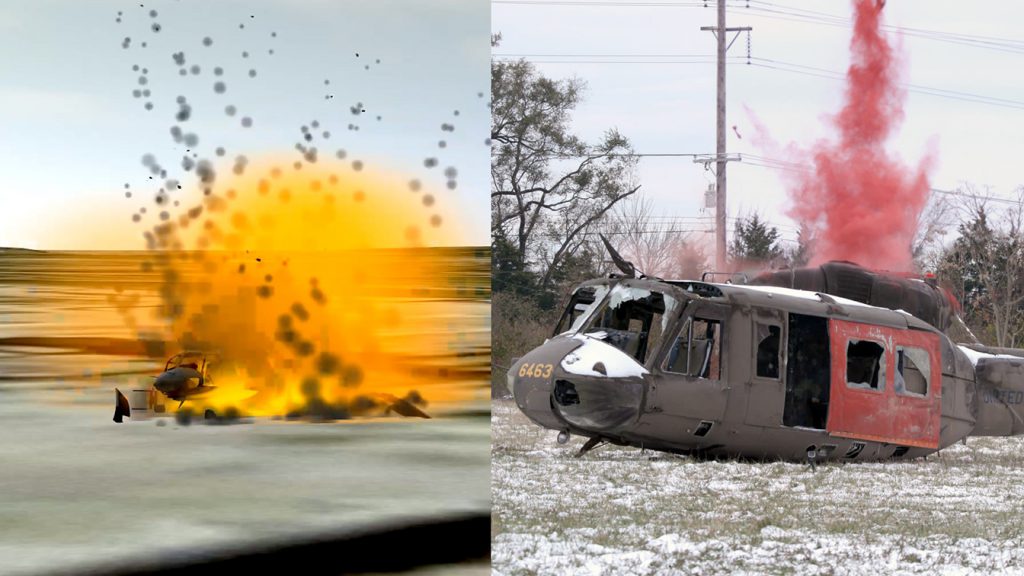 Constructive and live helicopters explode simultaneously after a strike by a virtual A-10 during a demonstration at the National Center for Medical Readiness in Fairborn, Ohio, Nov. 14. The mirrored constructive and live simulation effects create a more relevant and realistic training experience. (U.S. Air Force graphic) 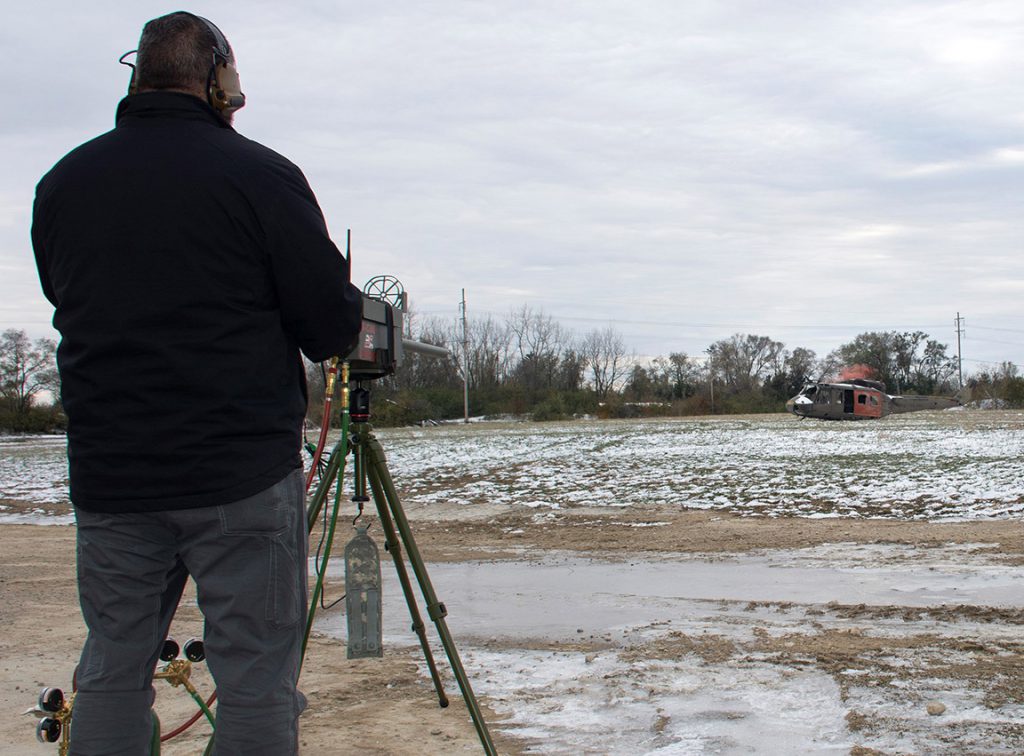 Red Flag-Rescue exercise integration manager Ed Neeley, fires a .50 cal machine gun simulator at a helicopter during a demonstration at the National Center for Medical Readiness in Fairborn, Ohio, Nov. 14. Using sensors to track the fire in the constructive space, an improvised explosive device simulator on the helicopter explodes after sensing the hit. (U.S. Air Force photo/Will Graver) 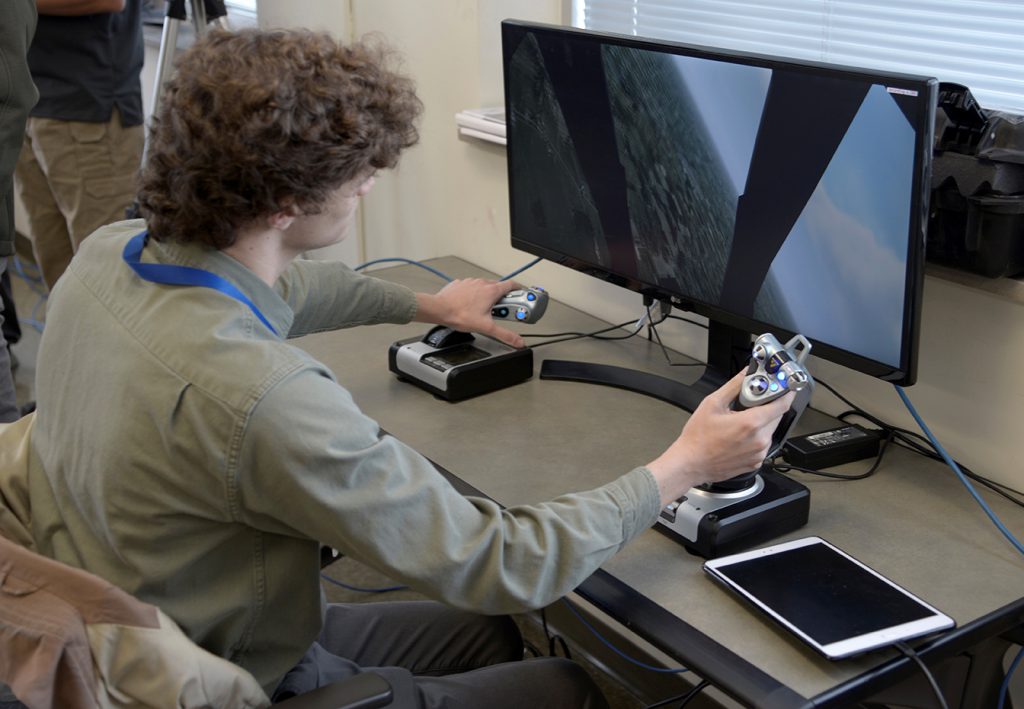