The Harold Brown award, named for the former Secretary of the Air Force, is the most prestigious science and technology award in the U.S. Air Force, and is presented annually to a scientist or engineer who uses scientific research to solve a problem critical to the needs of the Air Force.

“The Air Force has many good people doing lots of good work, but in our evaluation your achievements have risen to the top,” Joseph told Reynolds. “I congratulate you on your initiative and capabilities – things don’t get done unless there is someone who is leading the way and you have done that. As we move to the U.S. Space Force, we have enormous challenges, and we need the science and tools you provide us.”

“Engineers take all the cool stuff and make it work,” said Reynolds on accepting the trophy. “I am honored to work with a great AFRL government and contractor team. I thank them for carrying the heavy load.”

The Harold Brown award recognizes Reynolds for leading a $15 million project and a 30-member test team that enabled a three-time increase in low-Earth orbit imaging during the dark hours.

Reynolds holds several jobs at the SOR. He is a principle investigator for the 24/7 Space Domain Awareness project and lead engineer and senior test director at the site.

“I chase squirrels by keeping an eye on the performance of all the systems on site, looking for issues, and tracking down and fixing the most important ones,” Reynolds said. “I try to stay involved at the top of the hill – with the telescopes – as much as possible, no matter which project is running an experiment. I also try to help out the younger test directors and experiment leads to make their work with the telescopes as successful as possible.”

When asked what his thoughts are on receiving this award, Reynolds first expressed disbelief, and then praise for the SOR team.

“I’m not sure it has sunk in completely yet,” he said. “My brain kind of short circuits when I think about it being at the big Air Force level. I think it speaks to the quality of the work that we are doing out here at the SOR, and especially to have Starfire folks win back to back. It’s a first win for us under the Space Force!”

In December 2019, Joseph presented fellow researcher at the Starfire Optical Range, Dr. Robert Johnson, with the 2018 Harold Brown award. Reynolds’ unit, the AFRL Directorate Energy Directorate Space Electro-Optics Division, has had the privilege of employing two additional Harold Brown recipients: in 1999 Dr. Robert Fugate, the founder of the SOR, and in 2007 Dr. Jim Riker. Earlier this year the division was identified to transfer to the newly formed U.S. Space Force.

Reynolds’ wife Stacey and their young adult triplets Eric, Nathan and Ashley attended the ceremony, with Ashley joining via Zoom. Reynolds thanked his family for their support, and recognized Stacey, a nurse practitioner who completed a Master’s of Science Degree in Nursing this year, by presenting her with a bouquet of red roses.

Reynolds said though his triplets were raised in the same household with the same parents they are unique, but happily, each has a special bond with him. He and Nathan share a work interest – they are both electrical engineers; he and Ashley enjoy athletics and outdoor activities – they did a 47-mile backpacking trip this summer; and he and Eric share a recreational passion – hunting, with annual trips all over New Mexico and Wyoming.

In addition, joining the ceremony by Zoom were Reynolds’ mother JoAnn and brother Shaun. He grew up with his mother and brother in the small rural town of Russell, Minnesota, which lies in the southwest corner of the state. Reynolds said he enjoyed spending his free time hunting and fishing with his brother.

His formal education began with a Bachelor of Science Degree in Electrical Engineering from North Dakota State University located in Fargo, North Dakota. He followed this with a Master’s Degree and Ph.D. in Electrical Engineering, both from the Air Force Institute of Technology on Wright Patterson AFB, Ohio. Reynolds had a successful career as an Air Force officer before joining AFRL as a civil servant.

Col. Peter Norton, the chief of the Space Electro-Optics Division, had a few words for the Reynolds children about their father.

“This is really a big deal, what your dad has done,” Norton said. “Your dad is at the heart of the technical work happening here at the SOR. He is an amazing gentleman.” 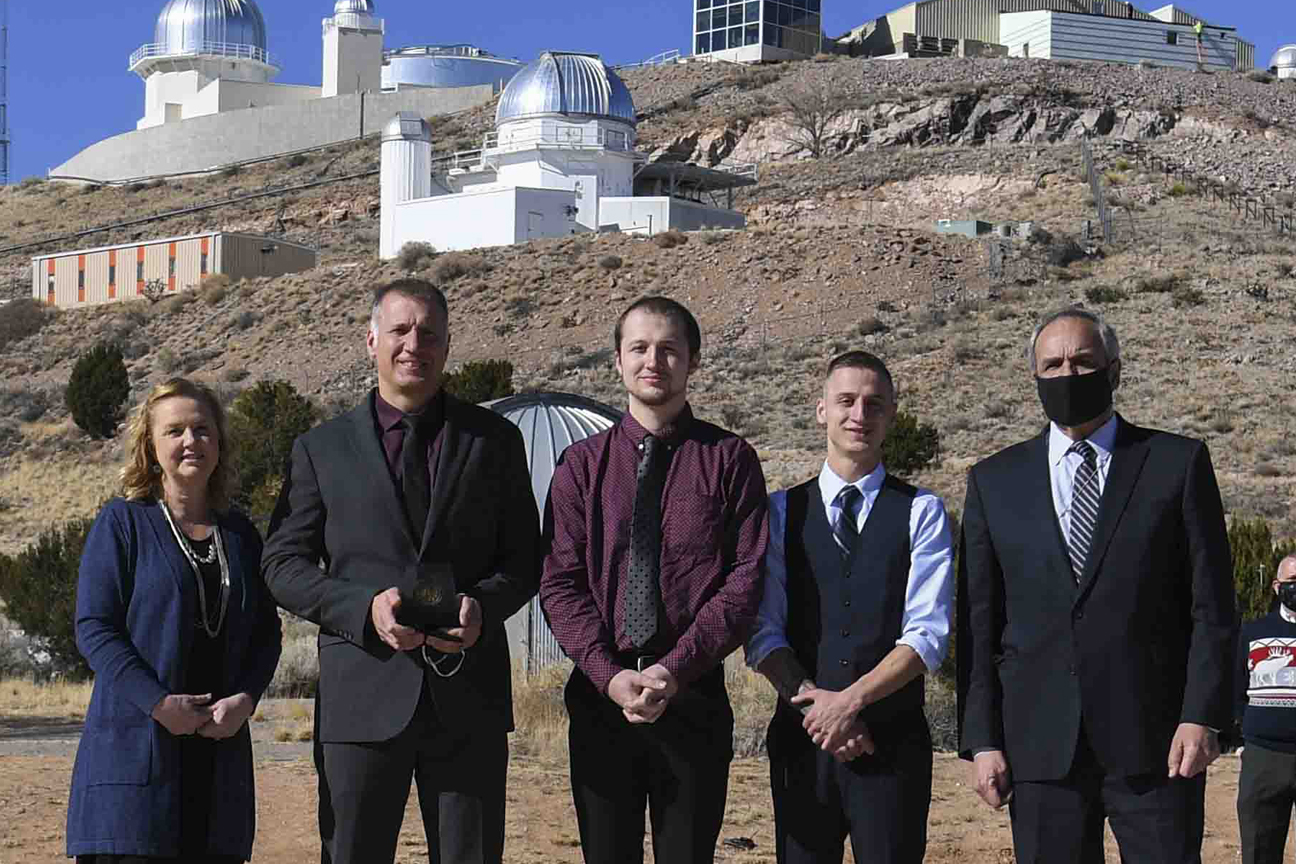 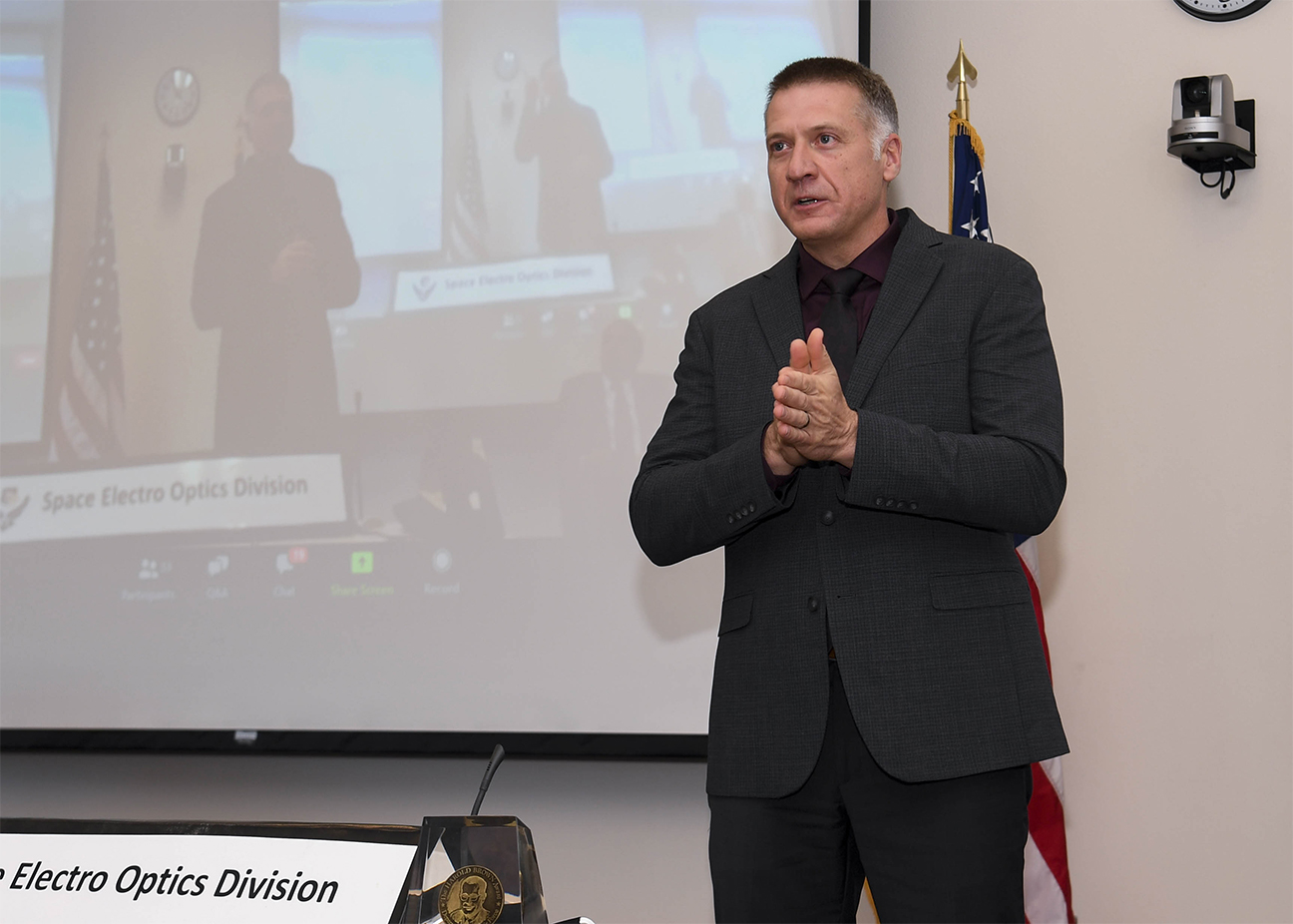 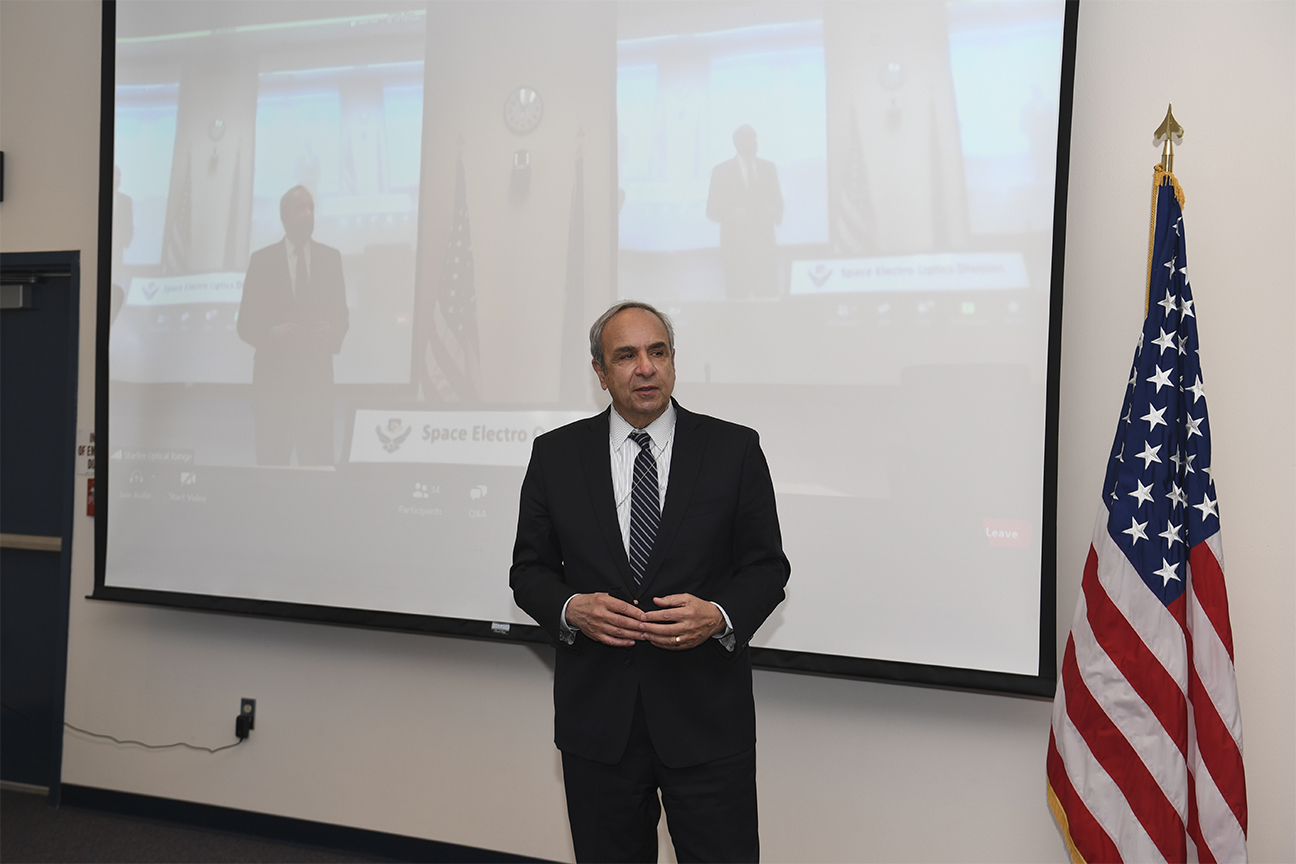