WRIGHT-PATTERSON AIR FORCE BASE, Ohio – Air Force Research Laboratory aerospace engineer Dr. Campbell Carter was recently named a Fellow of the American Institute of Aeronautics and Astronautics for his distinguished career in the study of high-speed propulsion.

An internationally recognized expert, Carter specializes in employing optical diagnostic techniques to better understand combustion and flow in high-speed propulsion systems. Throughout his career he has applied cutting-edge optical tools to help solve urgent Air Force propulsion systems needs within some of the most challenging and critically important areas of research. He has also pioneered the development of new measurement techniques that have revolutionized the field of optical diagnostics.

Carter’s work has positively impacted some of the defense community’s most high-demand technologies, enabling the development and flight testing of the next generation of flight systems. His contributions have proven tremendously valuable to the development of advanced propulsive technologies for the Air Force and throughout the Department of Defense.

“It is truly rewarding to be recognized by your peers within the scientific community,” Carter said of the recognition. “I am humbled to think of the time and effort that my colleagues put into making this happen. It is a tremendous honor.”

Carter’s work has earned him numerous accolades over the years, most recently the American Institute of Aeronautics and Astronautics Air Breathing Propulsion Award for outstanding research on optical diagnostics for high-speed flowfields.

Throughout his career, Carter has helped grow the next generation of researchers through his active participation in their education and career development. His mentoring and support of young scientists and engineers has set him apart among his peers and has helped ensure the continued advancement of AFRL propulsion research well into the future.

“Dr. Carter is an invaluable asset to AFRL and the Air Force as a whole,” said Robert Mercier, Chief Engineer of the AFRL Aerospace Systems Directorate High Speed Systems Division. “His contributions over the years have tremendously impacted the Air Force and have advanced propulsion technologies for years to come.”

The American Institute of Aeronautics and Astronautics awards Fellow status to individuals of distinction in aeronautics or astronautics who have made notable valuable contributions to the arts, sciences, or technology of the field. 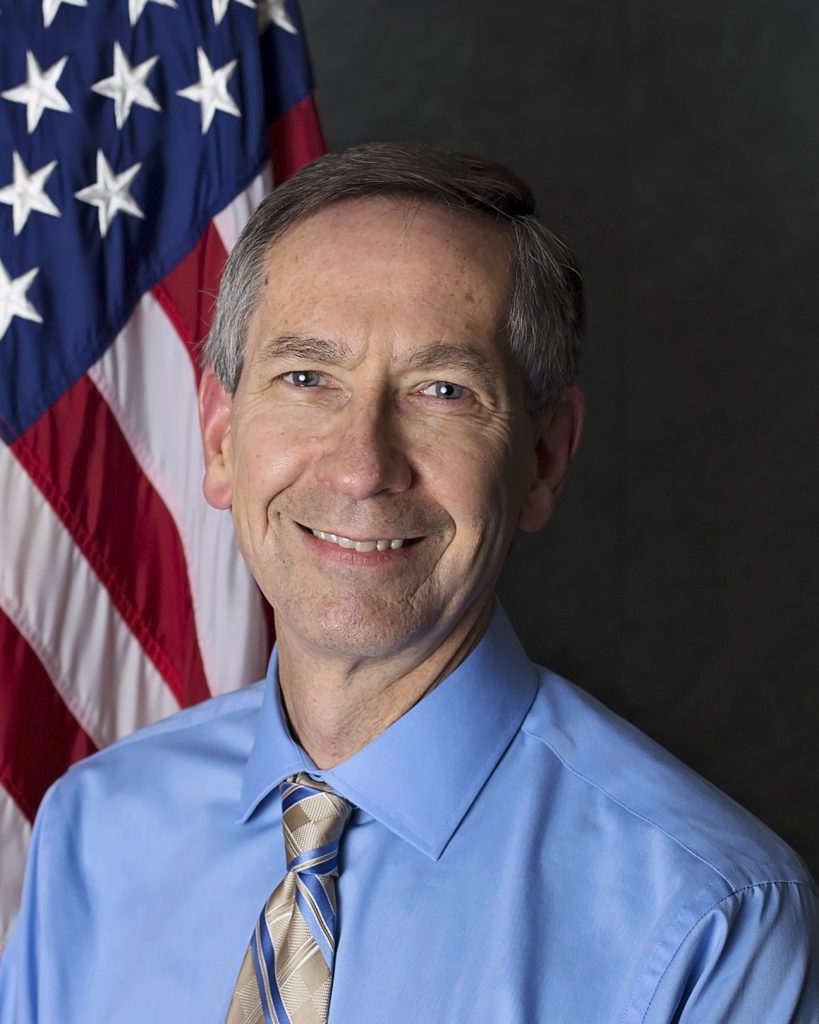 Air Force Research Laboratory aerospace engineer Dr. Campbell Carter was recently honored as a Fellow of the American Institute of Aeronautics and Astronautics for his distinguished career in the study of high-speed propulsion. (U.S. Air Force Photo)