Erwin, who has worked with AFRL in Albuquerque, New Mexico for more than 24 years, is a recent selectee to the Class of 2021 Fellows of the American Institute of Aeronautics and Astronautics (AIAA).

AIAA is “the world’s largest aerospace technical society that brings together industry, academia and government to advance science and engineering in aviation, science and defense,” as stated in the AIAA press release announcing Erwin’s Fellow selection.

Of the organization’s 30,000 members, about one percent are honored as AIAA Fellows.

Erwin’s Fellow citation reads: “For advances in guidance, navigation, and control of space missions, including large precision optical systems, active and passive vibration mitigation, and proximity operations,” citing his work across a number of areas of space science and technology.

“I’m certainly honored to be recognized as a Fellow of AIAA,” said Erwin. “To me, it is a recognition by my peers and colleagues, that what I, and the teams I was part of, did was objectively important and made an impact on the field of aerospace at the national and international level. When you look at the list of AIAA Fellows, it is a Who’s Who of people who have shaped the field of aerospace, and it’s humbling to be on that list.”

As a member of AIAA since his graduate school days in the 1990s, Erwin has often published papers in the organization’s journal and conferences, and has served on several technical committees over the years. Currently, he is a member of the Steering Committee for the AIAA Journal of Guidance, Control, and Dynamics, one of the highest-impact technical journals in the field.

Under a special hiring program called Palace Knight, the Air Force provided the funding for Erwin’s Ph.D. research, in return for a follow-on commitment to work at AFRL for a time.

“I coordinate artificial intelligence (AI) and autonomy-related research, within the Directorate,” said Erwin. “This involves presenting our work to the larger research community – academia, industry, and other government agencies. I also attend numerous conferences, meetings, and reviews on recent research on these topics, and bring that information back to AFRL researchers to connect us to the best and brightest working in the field, both nationally and internationally.”

Over his more than two decades working for the U.S. Air Force, Erwin says there have been a number of highlights. One that he is most proud of is his support of one of AFRL’s premier spacecraft programs.

“My work as the principal investigator on the EAGLE-Mycroft flight experiment was certainly a capstone position,” Erwin said. “I worked with multiple mission partners across the space community within the government, and was responsible for allocating time and resources on the spacecraft to achieve the multiple, sometimes conflicting, science objectives. EAGLE-Mycroft was a very large, high-visibility program, and I exercised all the skills – technical, programmatic, and interpersonal – I had built up during my time at AFRL.”

To Erwin, work is more than mission accomplishment – it is also about the people, the team effort and the opportunity.

“I am thankful for the people I’ve collaborated and worked with over the years,” Erwin remarked. “While each of us makes individual efforts, significant accomplishments are always a team effort, and I’ve had the honor to work with great individuals and teams over the years. And, it is important to recognize that AFRL presented me with the opportunities to work on impactful, cutting-edge, nationally important problems – without the opportunity, there is no accomplishment.”

AIAA will honor Erwin and 28 other AIAA Fellows, in a virtual ceremony Aug. 17. 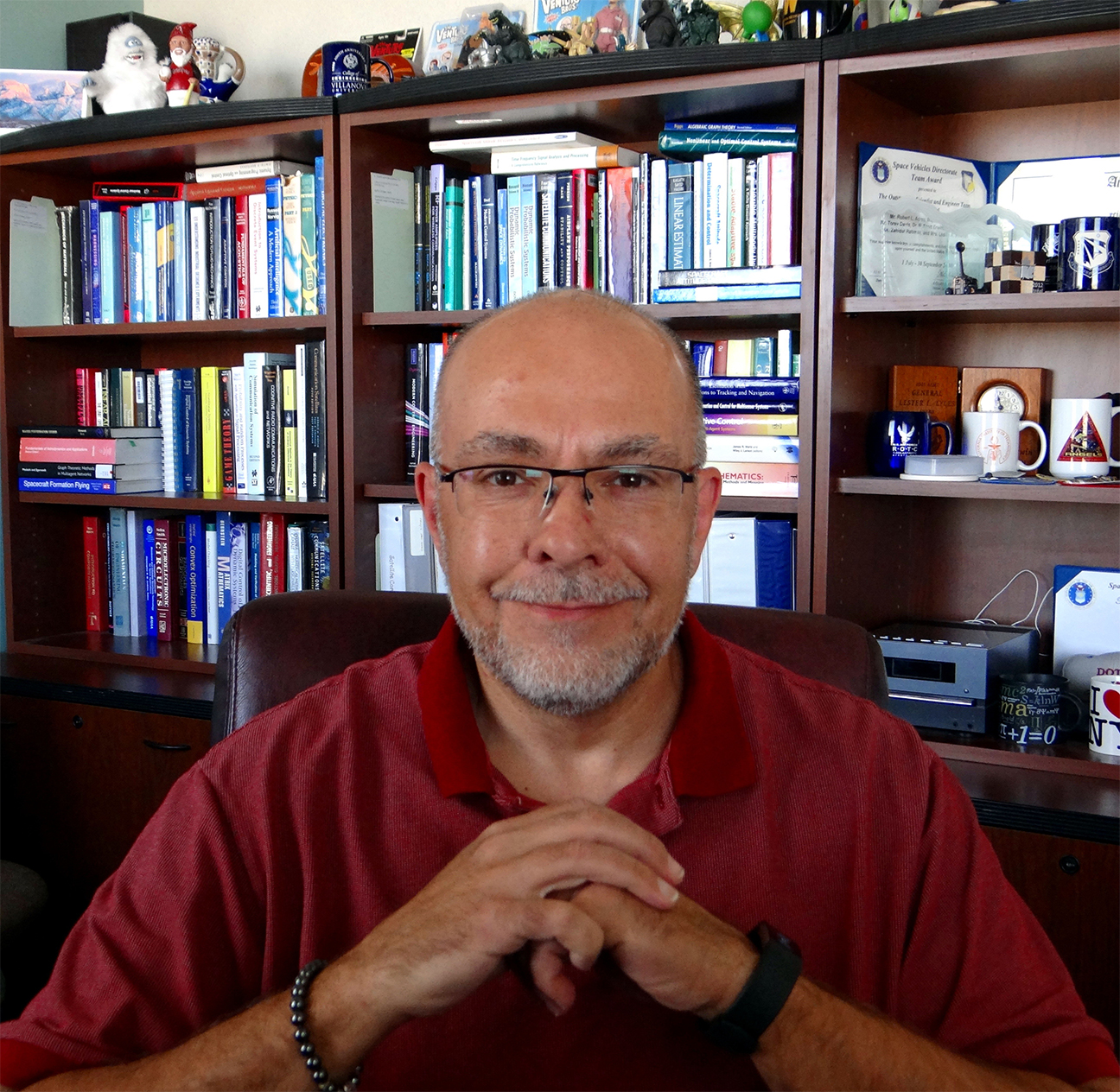