Through the Department of Defense Engineer and Scientist Exchange program, Singleton has been working with the Space Program at the Defence Science and Technology Laboratory (Dstl) for the UK Ministry of Defence since 2019. He is the space innovation lead, where he heads up Dstl activities focused on working with new startup space ventures.

“I focus on new efforts to exploit emerging commercial space technologies from the private sector to match those with defense needs,” Singleton said. “In many ways this extends my work at AFRL’s Space Vehicles Directorate where I led the development of the space accelerator programs to fast track commercial space technologies to close capability gaps for the warfighter.”

Singleton explains the importance of AFRL and the role he plays in the exchange program.

“AFRL is the forum for U.S. Air Force and U.S. Space Force innovation through programs like AFWERX and our Space Accelerator,” Singleton said. “AFRL also leads extensive efforts in cooperative R&D [research and development] with international partners around the world including the UK.”

“My role at Dstl has been important in the UK because it has allowed our US-UK collaboration to focus on innovation programs that align our efforts into becoming more relevant customers, in the international marketplace. It is our first step in focusing collaboration on a new priority- the adoption of emerging R&D from the global private sector.”

Singleton has led the way in several projects that are accelerating technology for the United States and her allies.

“I had the opportunity to lead Dstl’s participation in Seraphim Space Camp- a London based space accelerator led by Seraphim Capital,” Singleton explained. “We were able to extend these U.S. and UK led accelerators in the first jointly delivered International Space Pitch Day, where we awarded “on-the-spot” contracts to emerging space companies in four countries, in response to shared challenges from military stakeholders in the U.S. and UK.”

Through his expertise and leadership, Singleton has overcome some hurdles along the way.

“I dealt with quite a few challenges in getting approvals for the international strategy to implement the accelerator program,” he said. “This included several months of difficulties where some days included legal advice to ‘cease all activity’ and even a short turnaround briefing to the Air Force senior acquisition executive, Dr. Will Roper. In the end, fortunately, we received the approvals needed to launch the 2020 program.”

There are two special highlights of Singleton’s tour in the UK. The first was the birth of his and his wife Mandy’s fourth child in July 2020, and the second his transfer from the U.S. Air Force to the U.S. Space Force in a virtual ceremony Feb. 10.

The commissioning event was attended by Air Vice Marshal Harv Smyth, UK Director Space, and Col. Charles Metrolis, Air Attaché, US Embassy, London, who gave Singleton the oath office, as well as military and civilian colleagues and his family.

In a press release from the UK, AVM Smyth expressed his appreciation to Singleton.

“It is an enormous privilege to attend the ceremony today as Capt. Jake Singleton transitions from USAF Airman to USSF Guardian. It has been phenomenal to watch from afar how the USSF has stood up, evolved, and is taking shape as a Service in its own right. I would also like to thank Jake personally for his tremendous efforts whilst serving in the UK, proving that the special relationship between our two great nations is stronger than ever, and making us all better for the experience,” Smyth said.

Captured in the same press release, Singleton thanked his colleagues in the United Kingdom.

“Working within the Space Program at Dstl has been a highlight of my professional experience in the Air Force. I am energized by the successes we have had in increasing international cooperation and am convinced that it was only possible through that US and UK partnership. I plan to bring every lesson learned and relationship I have developed here in the UK, into my career with the U.S. Space Force as everything we do in the future becomes a collaborative and global effort. I am grateful that I had the opportunity to take this step here in England, while working directly with the UK team.”

Singleton will finish his exchange tour with Dstl this summer, and embark on his first Space Force assignment at a Space and Missiles Systems Center program office in Colorado Springs, Colorado.

“I fully expect that my UK and international relationships will be an important part of the rest of my career,” Singleton remarked. 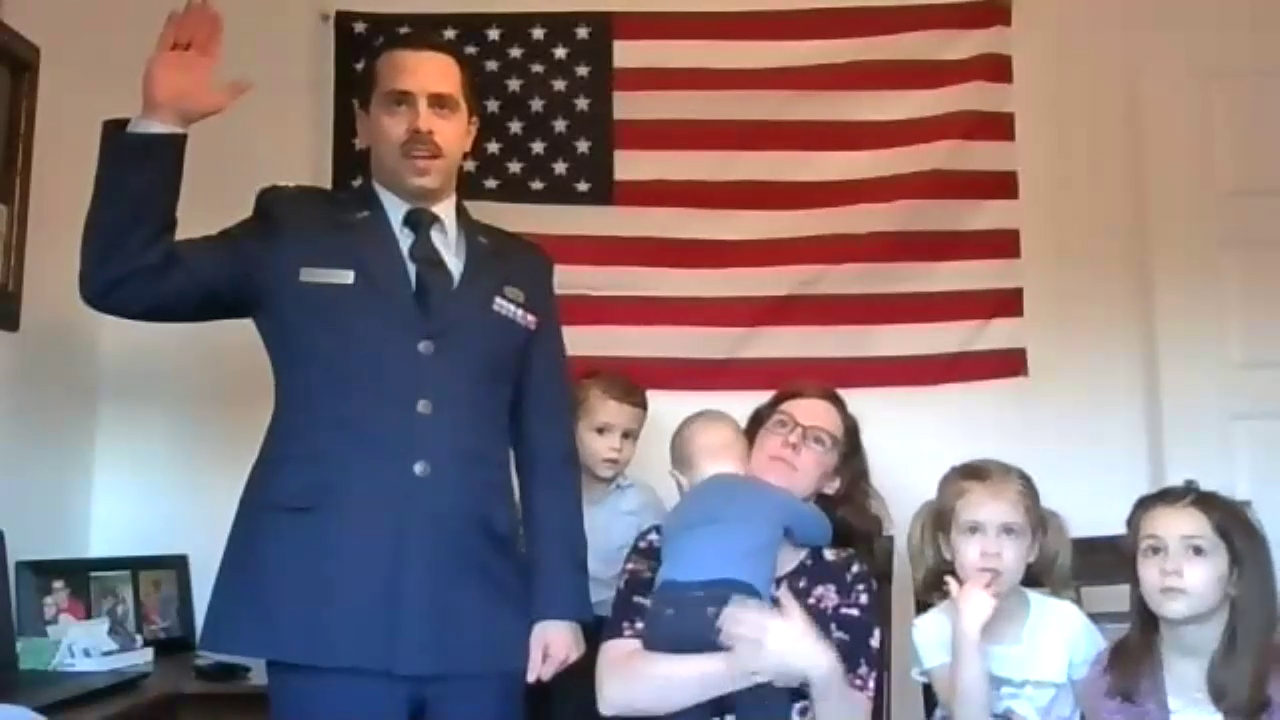 Air Force Research Laboratory exchange officer to the United Kingdom Capt. Jacob Singleton is inducted into the U.S. Space Force Feb. 10, as his wife Mandy and their four children look on. Col. Charles Metrolis, Air Attaché, US Embassy, London administered the oath of office in the virtual event. (Courtesy photo) 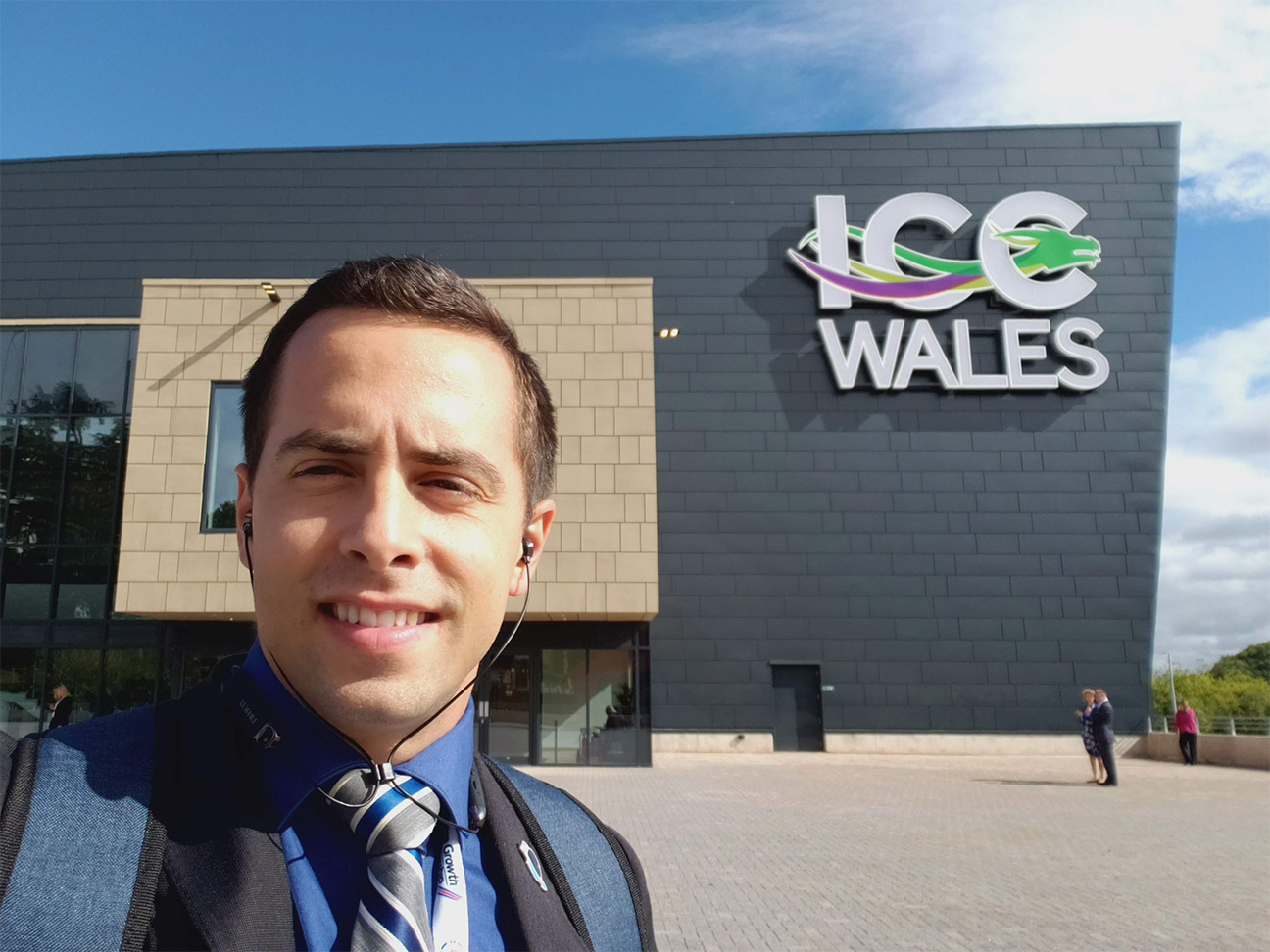 Air Force Research Laboratory engineer Capt. Jacob Singleton participates in the 2019 United Kingdom Space Conference held at the International Convention Centre in Newport, South Wales as part of his duties as an exchange officer to the UK. (Courtesy photo) 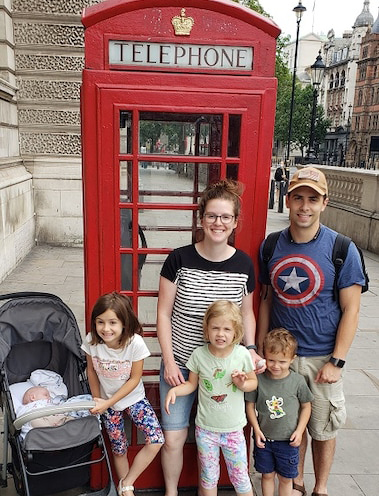