“Lab Life” brings listeners behind the scenes with Department of the Air Force scientists, engineers and professionals who are developing tomorrow’s technologies today.

In this episode, Sakulich highlights his current role at AFRL, discusses his latest projects, explores his approach to solving problems and chats about his hobbies.

As the senior civilian executive for a science and technology, or S&T, enterprise, Sakulich said his job is to solve complex management problems related to strategic goals, specifically those involving business processes or customer needs that “don’t naturally fit in in a particular bucket” or “have a standing team.”

To illustrate this concept, Sakulich highlighted his role as the executive champion of the human capital strategy, the lab’s first-of-a-kind plan to create a more cohesive and modernized workforce experience while scaling to support agile, effective teams and improved organizational performance. Released in fall 2021, the strategy has a comprehensive action plan for attracting and retaining a talented, motivated workforce now and in the future.

“What I do a lot in my job is to bring people together [to help solve problems] where we don’t already have a playbook or standard operating procedure or something to pull off the shelf,” he said. “It’s a great opportunity to get people working together on new challenges that kind of stretch our brains.”

While Sakulich’s main responsibility is to gather experts from across the enterprise and remove roadblocks to solving problems, he also guides the hiring of AFRL’s executive scientists and specialized talent that requires recruitment efforts.

“This laboratory is comprised of an incredibly diverse set of expertise that ranges from business to technology and we want top talent and opportunity for folks to be a part of that journey,” he said.

In supporting the hiring process, Sakulich said his priority is to help employees connect with the mission of the lab and understand the value that AFRL’s S&T provides to Airmen and Guardians.

“It’s really important to me that every individual in the workforce is able to connect meaningfully to our mission and be able to tap into that sense of purpose and recognize the value of what they contribute to the larger mission,” he said. “There are very few problems we work on that don’t require multiple types of talent to come together and so we want an entire team who feels that sense of connectivity to the mission.”

“We’ve got to think about things differently to free up time from the mechanics of doing the mission to [focus on] the intellectual cutting-edge breakthroughs that are the core of our mission,” he said.

In all that he does within the lab, Sakulich said he values “passion, people and purpose.”

“When I have a sense of purpose, that’s what compels me, motivates me, inspires me to do my best,” he said.

Sakulich especially enjoys positively impacting the lives of others.

“There’s a face behind every technology breakthrough or a team of faces,” he said. “That’s probably the best part of my job when I can make a difference for someone else.”

While he reads the Harvard Business Review to gather inspiring ideas for work, his “total escapism genre” is Scandinavian crime fiction, which he finds “engaging and different.”

“Oftentimes they weave in contemporary social issues,” Sakulich said. “So I find it very interesting, and it also is a little bit of a window in a different part of the world.”

Sakulich also discussed his love of classical music and jazz, which he said helps him to decompress and recharge in the evening.

“I just find [it] so interesting and relaxing to listen to the way [certain] composers took music and painted an aural picture. I just sort of immerse into that world and let it just is take me away,” he said.

Sakulich, who has a long history with the U.S. Air Force, said his first assignment after graduating from the U.S. Air Force Academy brought him to the Air Force Logistics Command at Wright-Patterson, where he performed operations research analysis. Years later, he joined an AFRL predecessor organization, what is today the Materials and Manufacturing Directorate, where he found amazing mentors who ultimately sparked his passion for the lab.

“I just fell in love with the people and the work,” Sakulich said, praising his colleagues as “true believers in the need for technology to solve really hard problems,” and emphasizing how amazing it is to be “surrounded by people who inspire you to be on your best game.”

After Sakulich retired from active-duty service, he found his way back to the lab, serving in several leadership positions across AFRL’s technology directorates and the 711th Human Performance Wing before he was appointed to the senior executive service and became the director of AFRL’s Materials and Manufacturing Directorate. Sakulich would go on to lead the implementation of the Air Force 2030 Science & Technology Strategy before he was ultimately selected as AFRL’s executive director, a role he feels honored and humbled to have.

“In my wildest dreams, I never imagined I would be able to serve this amazing organization in a capacity like that,” he said.

Since his appointment to executive director in April 2021, Sakulich has embraced his role.

“I am so deeply connected in with the bug of science and technology and what we do here in this laboratory,” he said. “It’s not just the cool stuff, it’s the people and what’s behind all that cool stuff that makes it all happen that makes AFRL such a great place. It is truly a team effort every day and I’m just honored to be a part of that.”

For those interested in listening to the full episode, this “Lab Life” podcast is available on multiple platforms.

Listen on Stitcher by visiting: 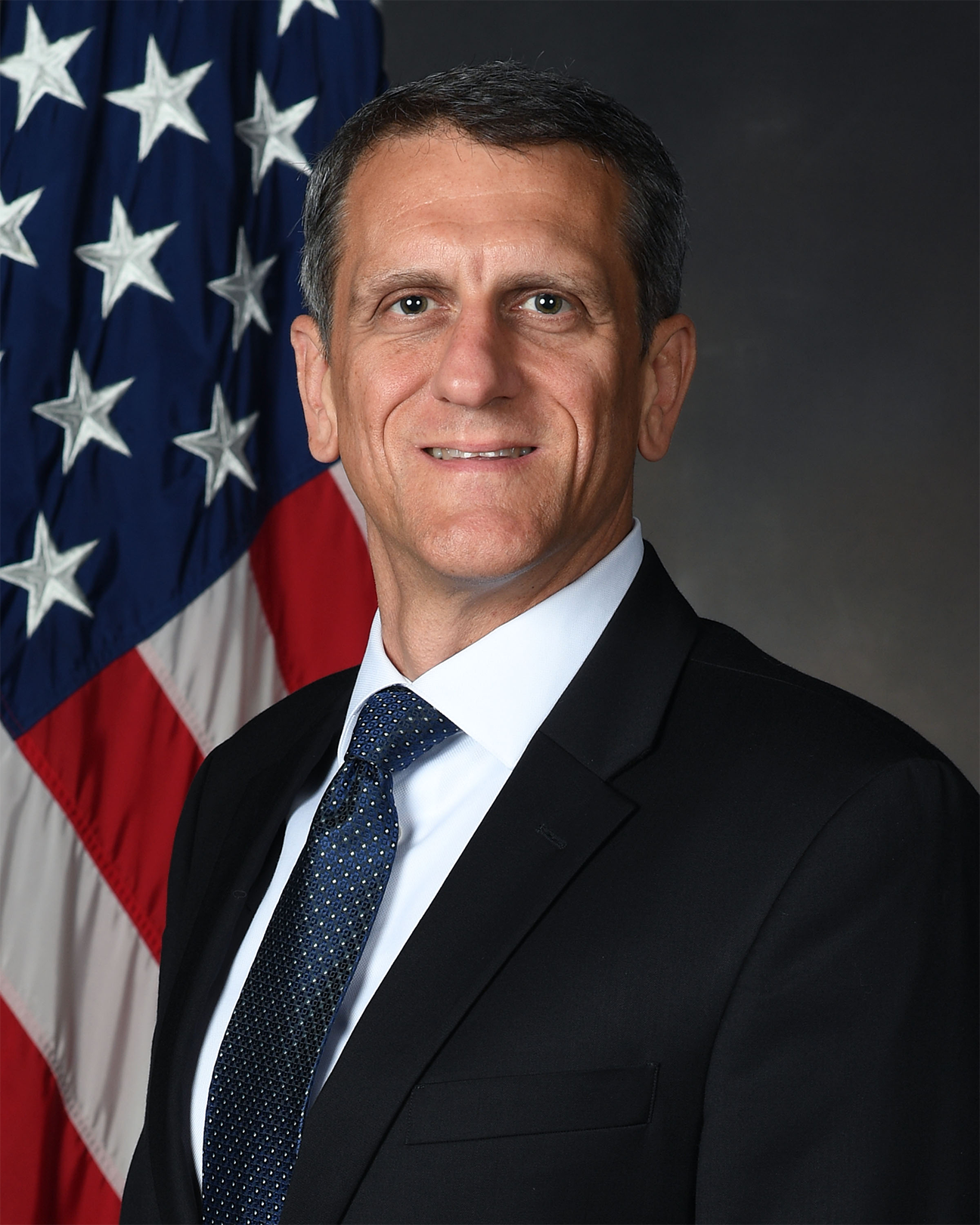 Tim Sakulich, executive director of the Air Force Research Laboratory, is the featured guest on AFRL’s “Lab Life” podcast, which is now available. 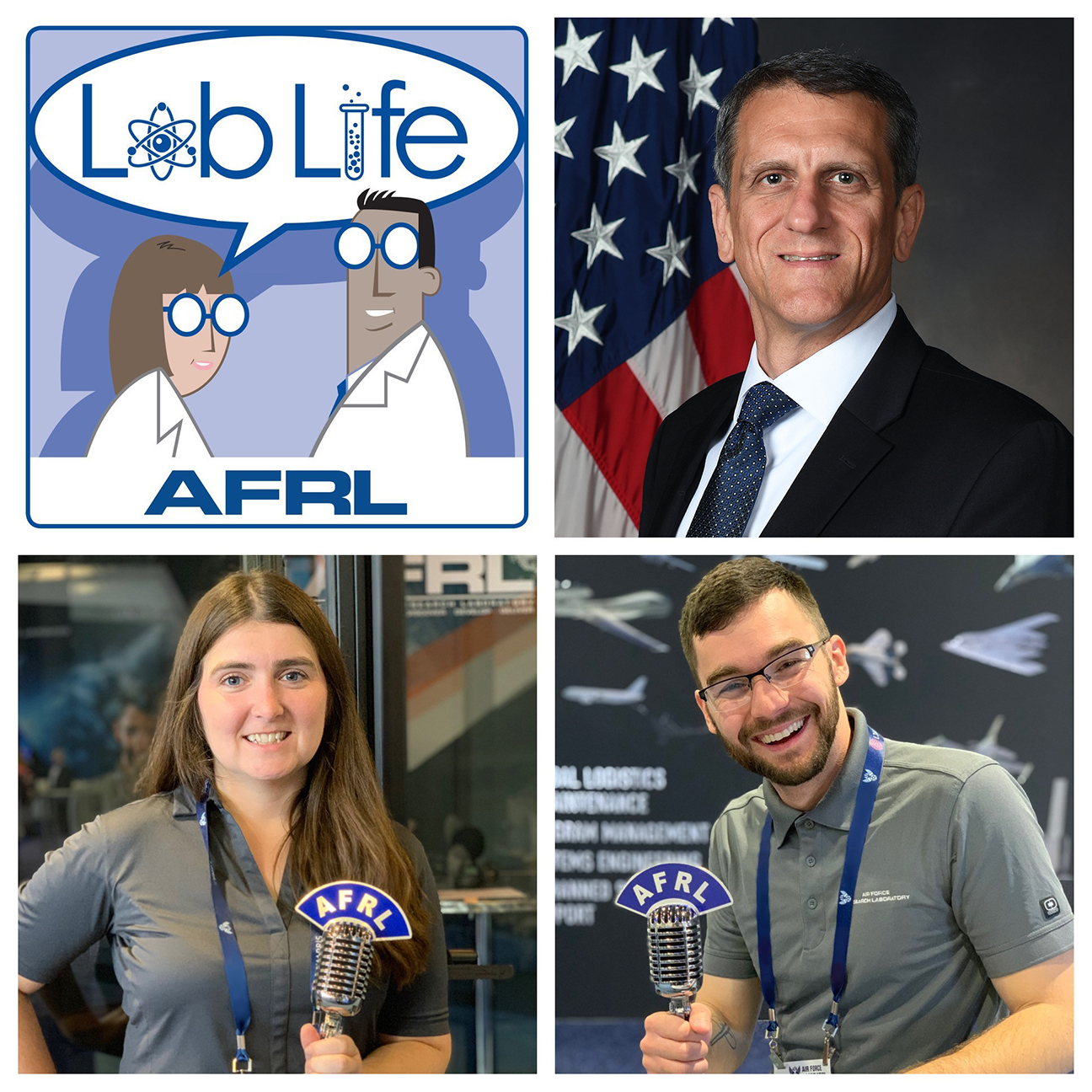 Tim Sakulich, executive director of the Air Force Research Laboratory, is the featured guest on AFRL’s “Lab Life” podcast, which is now available. Hosted by Michele Miller and Kenneth McNulty from AFRL Public Affairs, “Lab Life” brings listeners behind the scenes with Department of the Air Force scientists, engineers and professionals who are developing tomorrow’s technologies today.