“DEKE DEUCE required extensive collaboration between dozens of scientists and engineers from both directorates over a period of more than nine months,” said Dr. Darl Lewis, the DEUCE lead and wargaming principal investigator. “The Office of Naval Research also collaborated extensively in the lead-up to playing their Elektra battle management concept alongside those of AFRL.”

DEKE DEUCE placed pilots, weapon systems officers and air battle managers in a series of virtual vignettes exploring mission sets that relate to the combined use of DE and KE systems, tying together previous studies and analysis focused on an airborne high energy laser pod and two future kinetic concepts.

“An urgent need exists to rapidly field and integrate viable next-generation weapons, both DE and KE, in response to increasing capabilities and aggressive intentions from our adversaries,” said Lewis. “This DEUCE focused on identifying capability and joint integration gaps that can be addressed by systems under consideration, as well as potential future tactics and procedures.”

Lewis explained that the exercise will also inform senior AFRL leaders on potential synergies between next-gen technologies, while bringing together stakeholders across the research and development, acquisition, and warfighting communities.

AFRL’s Munitions Directorate, located at Eglin AFB, Florida had several analysts and engineers joining the event, and discussed why this DEUCE was important to their research and development efforts.

“DEKE DEUCE gave the Munitions Directorate a great opportunity to put our kinetic weapons concepts in front of the warfighter,” said Rusty Coleman, the unit’s technical advisor for the modeling and simulation team. “It allowed us to see novel employment concepts that we could not have seen otherwise. The pilots virtually flying the aircraft provided feedback beyond what we could have gotten from any other venue.”

“Despite the differences in the uniform of our warfighters and the type of platforms they operate, we are still capable of collaboratively building systems that provide a common operational picture while preserving the unique capabilities within the Navy and Air Force,” Foster said. “This event allowed the Navy to integrate the Elektra battle manager with the Air Force’s WOPR during the science and technology phase of our projects, enabling us to share our ideas and lessons learned early enough to ensure we are able to integrate when our capabilities hit the fleet and the air force.”

“Each time I’ve come to support DEUCE, we’ve integrated more AFRL directorates and more weapon systems,” Seidenberg said. “The DEUCE events are highlighting, from an operator perspective, the need for both creative and rapid solutions to the evolving problem sets created by our adversaries.”

“Threats are faster, more agile, and vary in number and capability—leveraging directed energy, tailored munitions, and artificial intelligence will continue to be critical for the development of the solutions we need to keep our edge in the era of strategic competition,” Seidenberger continued.

“Experiments like the DEKE DEUCE allow critical collaboration between the warfighter and the developers of our future capabilities,” Crowell said. “It provided an amazing opportunity for both communities to learn from each other and keep our Air Force out in front of our peers with technology.” 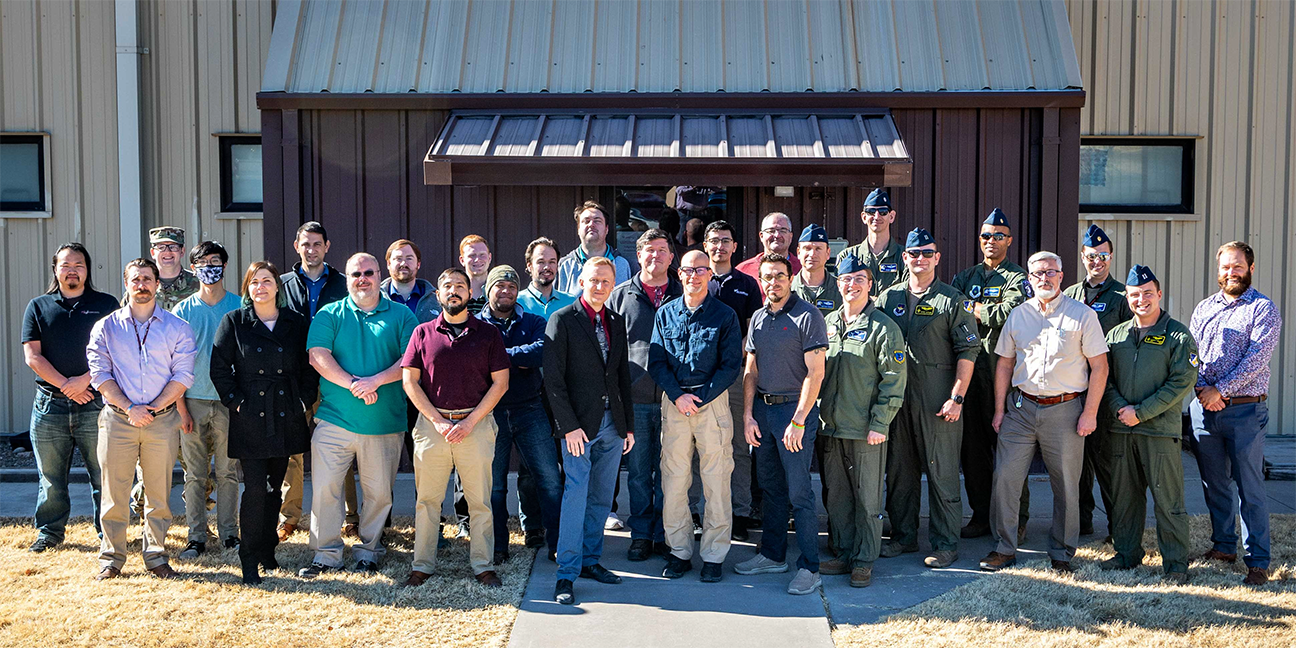 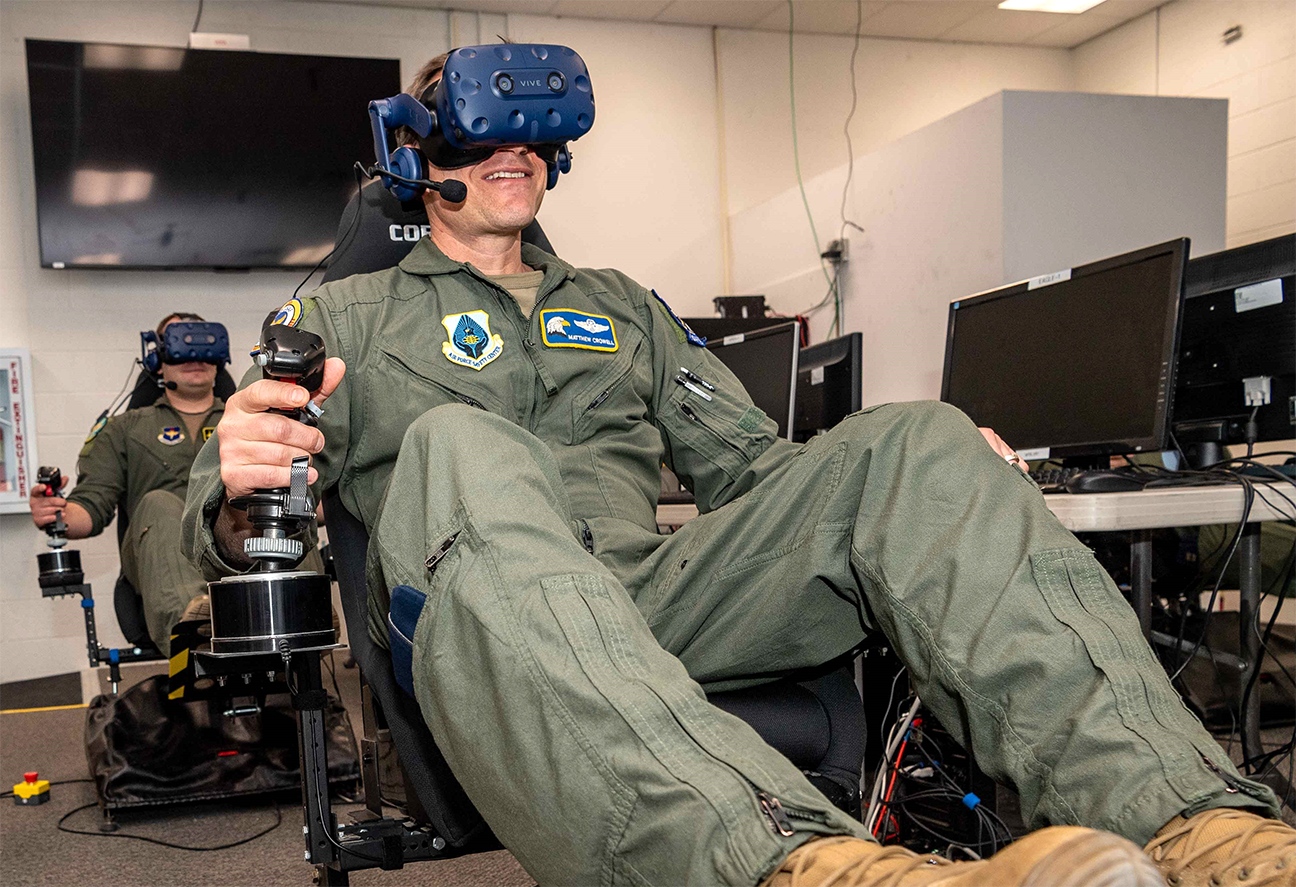 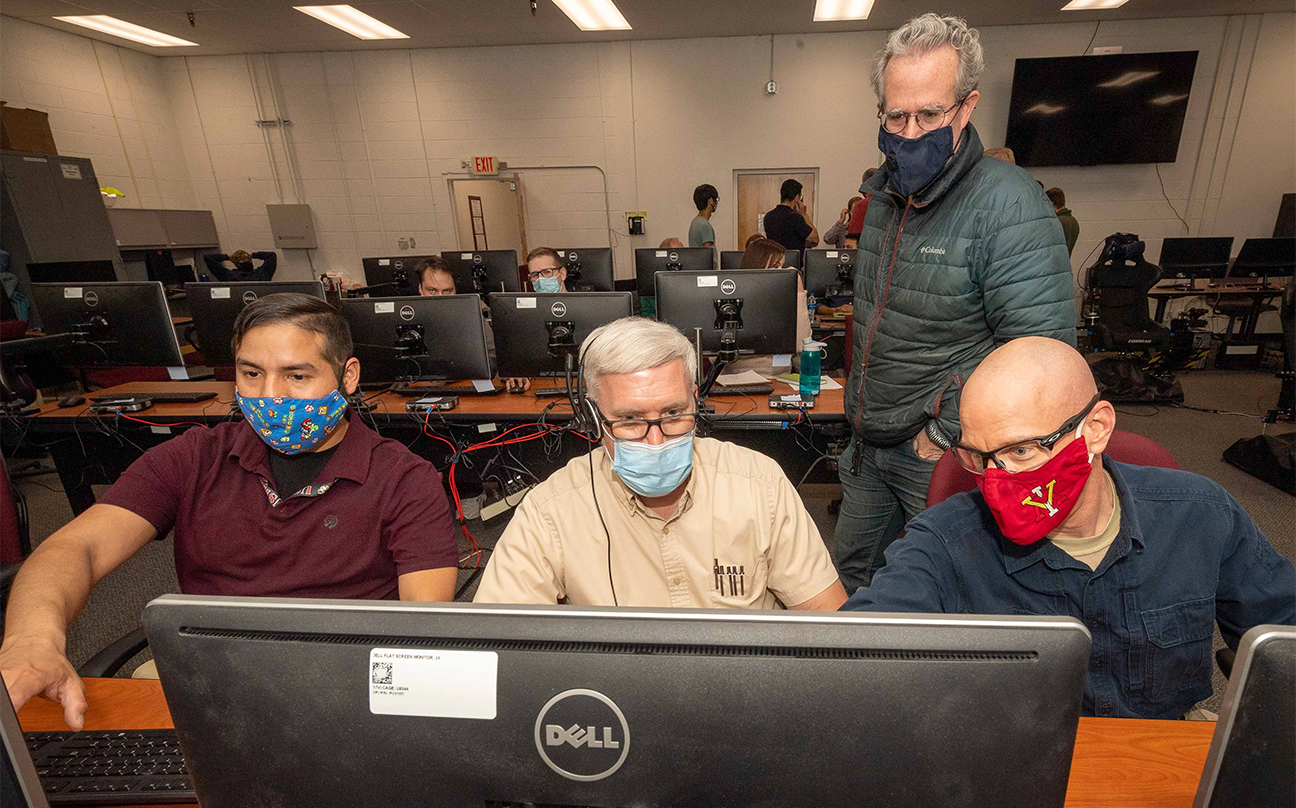