The latest Directed Energy Utility Concept Experiment, or DEUCE, focused on the use of high power electromagnetic (HPEM) weapons as part of an integrated air defense system, whereas the DEUCE held in January concentrated on the capabilities of high energy laser systems.

Similar to the first DEUCE, the HPEM event placed warfighters in a virtual environment with physics-based models of Red and Blue systems. The operators engaged with threats through a simulated interface.

“DEUCE provides the opportunity for warfighters to influence future technology development to best suit their needs,” Lewis said. “These wargames and simulations help guide the research and development decisions of AFRL systems creators, early on.”

“It has been exciting to conduct two directed energy wargaming events this year,” said LeGalley. “We’ve continued to expand the warfighters’ awareness of the R&D directed energy pipeline, and want to ensure the technology will be better prepared for transition into an operational environment as it matures. DEUCE helps fulfill the urgency to rapidly integrate directed energy systems into modern warfare.”

In the June DEUCE, AFRL expanded its focus on user interface, earlier in the process to improve the warfighter experience, and to ensure the event better tested the technology rather than the simulation.

“In both DEUCEs, we have demonstrated the Weapons Engagement Optimizer (WOPR), an Artificial Intelligence (AI) based battle management system under development at AFRL, designed to assist warfighter management of complex battlefields,” Lewis said. “Among other benefits, WOPR will be used to analyze intricate data systems in real time for augmenting warfighter and senior leader decision making.”

“From lasers to hypersonic weapons, the threats get faster and faster,” further emphasized Dr. Alex Alaniz, the modeling, simulation, and analysis technical advisor. “WOPR is a family of speed of light brains, to help warfighters deal with their speed of light fights.”

The HPEM DEUCE brought together Air Battle Managers and Air Defense Artillery Fire Control Officers (ADAFCO) as operators, along with observers from the operational and R&D communities. These interactions enhanced the robustness of the event results and facilitated cooperation and collaboration going forward, explained Lewis.

Capt. Scott Seidenberger, from the 552nd Air Control Wing at Tinker AFB, Oklahoma returned as an air battle manager, having participated in this capacity in the January DEUCE.

“It is great to see that DEUCE has evolved by bringing in another important function of directed energy for the battlefield – high power electromagnetics,” Seidenberger said. “AFRL also brought in U.S. Army air defense artillery operators this time, a vital component of air base defense. In addition, WOPR has been fun to work with from a battle management perspective, showing how AI will support us on the battlefield – man and machine teaming.”

Martinez explained as an older Soldier, he felt it was important to include younger Soldiers, officers and enlisted, to participate in the simulated battlefield of the future.

“It is all about Joint operations with partner services, and introducing Soldiers to future air defense systems,” Martinez said. “Younger Soldiers in the U.S. Army 14-series career field, are the future air defenders, so they need to be introduced now to systems that are upcoming in the Joint air defense community.”

“We are truly proud to be a part of the DEUCE event,” Martinez continued. “The threat is constantly changing, and we need to be ready to meet that threat both now and in the future. Systems being developed at AFRL will help meet this need.” 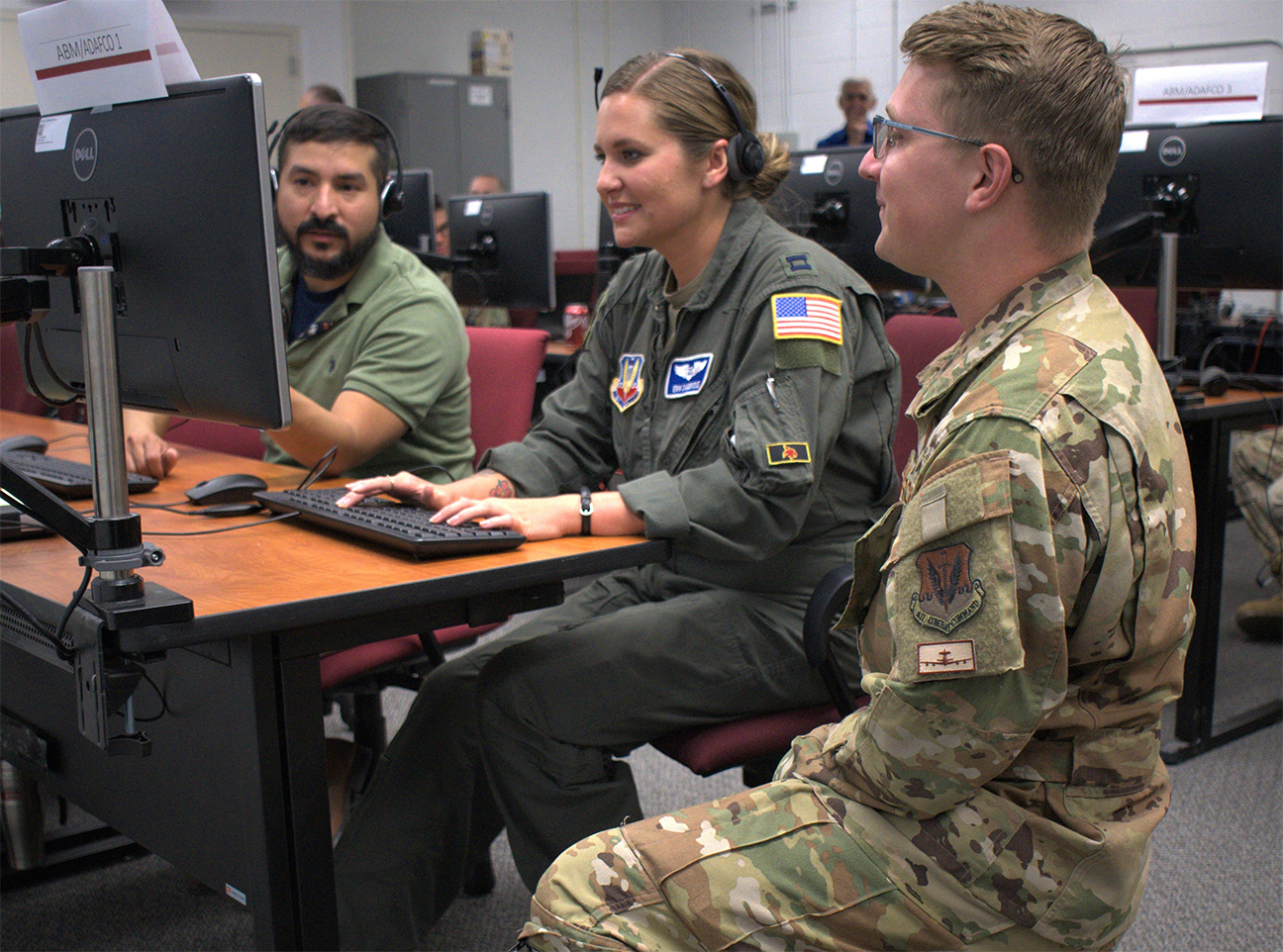 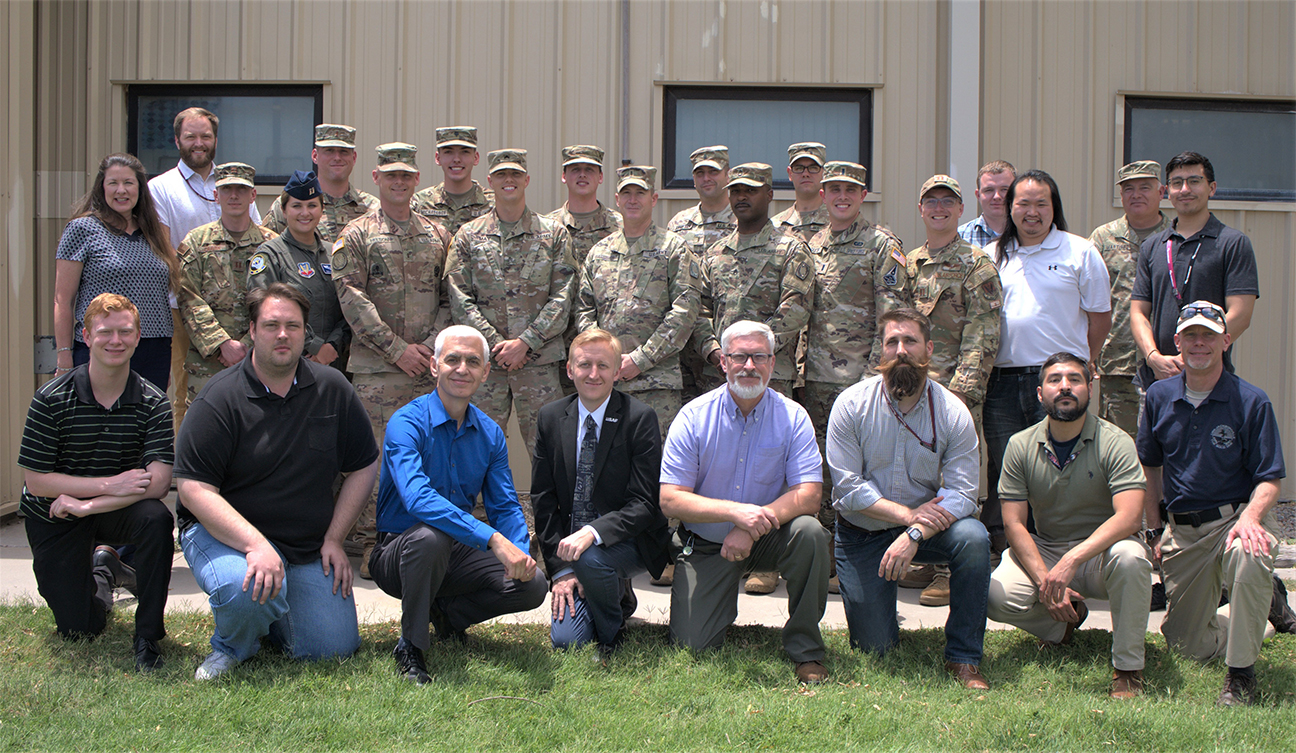