KIRTLAND AIR FORCE BASE, N.M. — A dedication ceremony to rename the Telescope and Atmosphere Compensation Laboratory (TACLab) was held Oct. 18, 2019, at the Air Force Research Laboratory’s Starfire Optical Range, here.The new name of the building is the Terry S. Duncan Space Technology and Research Laboratory. Duncan served as director of the National Reconnaissance Office Communications Directorate director from 2011 until his passing June 17, 2017, and was honored by having the laboratory named after him.

“For the 14 years that Terry was here, every day and to every project he gave his full energy,” said John M. Anderson, former AFRL Air Force officer and now Leidos Corporation senior program manager. “He was a friend as well as a colleague to many of us.”

Prior to his position as communications director at NRO, Duncan, who received his commission from the United States Air Force Academy, was a military officer then Air Force civilian working for the Air Force Research Laboratory. He was responsible for directing the Air Force’s $150 million per year research portfolio of ground and air-based optical directed-energy technology development.

“He was like a sponge when it came to responsibility,” said Dr. Robert Q. Fugate, AFRL Starfire Optical Range senior scientist. “Whatever job he was assigned, he did it with style and gusto.”

Duncan even led the design and project proposal for the TACLab, catapulting the growth of the Space Electro-Optics division. Through his innovation and dedication, the building initially named the Telescope and Atmosphere Compensation Laboratory was created.

“Naming this building in his honor is our small token of appreciation for the truly great contributions he made to our national defense,” said Fugate. “We hope it stands for many decades to honor his legacy.” 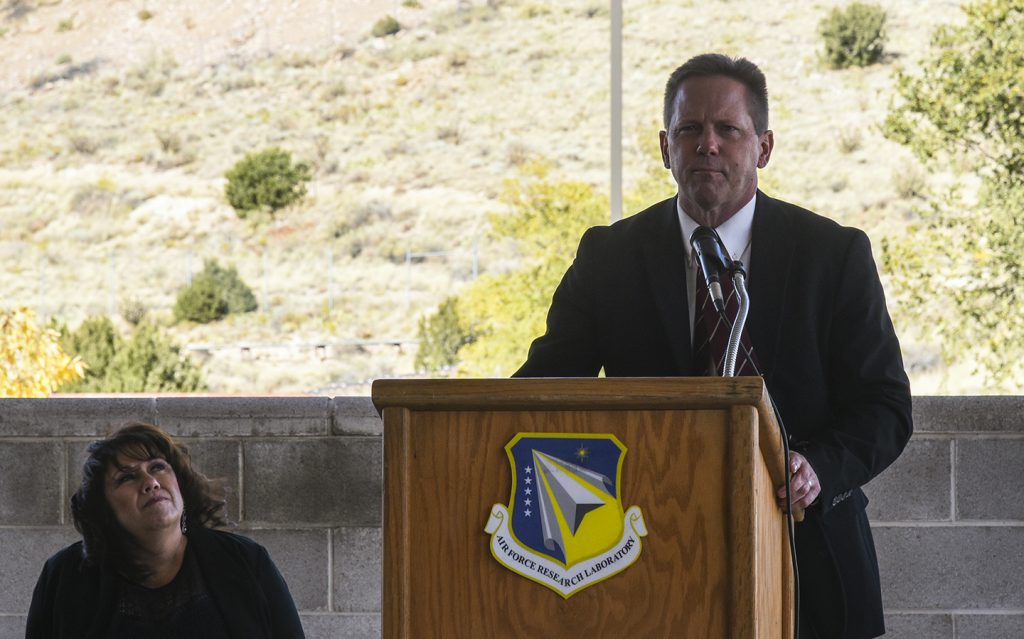