KIRTLAND AIR FORCE BASE, N.M. — The Directed Energy Futures Summit, held on Oct. 16, was led by Dr. Richard Joseph, Air Force Chief Scientist, to chart a course for the future of Directed Energy (DE) technologies.The meeting served as an opportunity for experts in directed energy research to strategize and collaborate on new ideas, with the Air Force Research Laboratory as host here.

“The principle value here is bringing as many people as we can, together to discuss the hard questions,” Joseph said. “Where could we be in 40 years? What are the impediments to getting there? What will be the impact? Focusing on the future with industry partners, other branches of the service and experts from other directorates spurs better ideas, and the ability to learn from one another.”

Among the many topics discussed at the summit was the ability to use DE technology to minimize collateral damage amidst warfighting and conflict. DE offers more precise and non-lethal weaponry, controllable, long-range, scalable effects on target, as well as lower costs than traditional methods of engagement.

“What we’re really aiming for is not to match the adversary, but to be where the adversary isn’t,” Joseph said. “We want to go where others can’t goㅡplaces that haven’t even been thought about.”

AFRL Directed Energy Chief Scientist, Dr. Don Shiffler, organized and spoke on behalf of the AFRL on exploring future applications of the technology.

“We need to look further out when we consider the technology development for Directed Energy,” Shiffler said. “We need to be proactive with our approach to innovation and not reactive.” 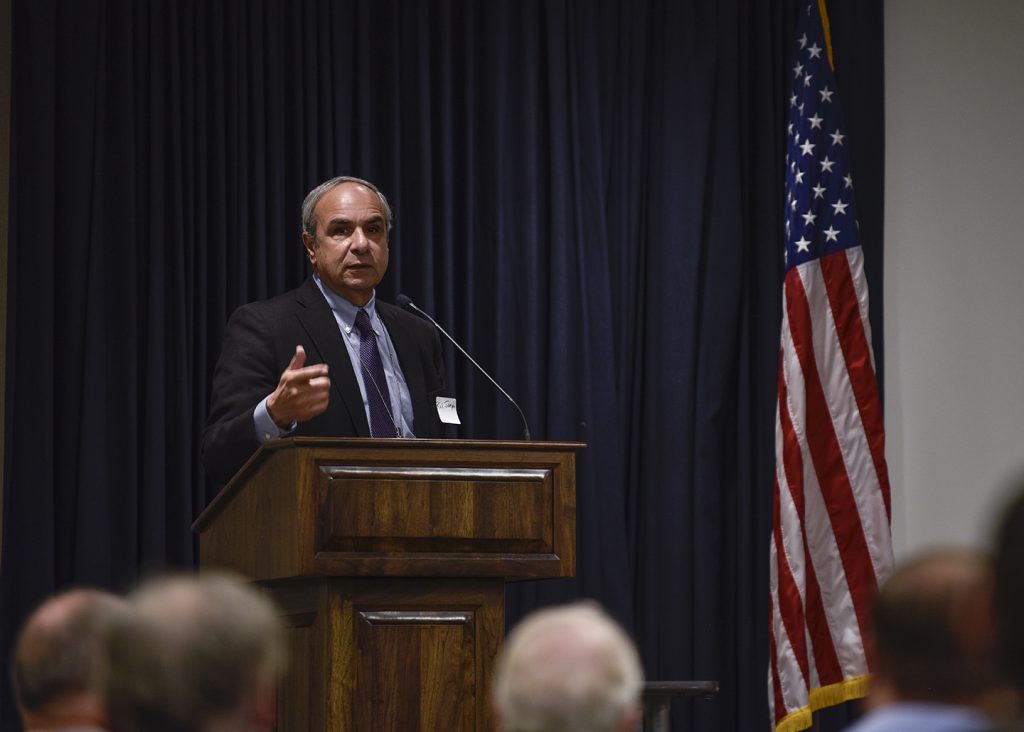 Dr. Richard J. Joseph, U.S. Air Force chief scientist, gives opening remarks at the Directed Energy Futures 2060 Conference at Kirtland Air Force Base, N.M., Oct. 16, 2019. Joseph contends that if the Air Force is to move faster in any field of work, the horizon of the year 2060 must be the focus. (U.S. Air Force photo by Airman 1st Class Austin J. Prisbrey)