This technology, called BEEPS for Bipropellant Enabled Electrical Power Supply, is being developed by a three-year Seedlings for Disruptive Capabilities Program effort that recently completed its 18th month of work.

“The solid oxide fuel cells created by this effort will enable bipropellant thruster-equipped spacecraft to convert chemical energy in its bipropellant, into on-demand electrical power,” said Dr. Thomas Peng, program manager for BEEPS. “Such technology would allow spacecraft operators to tap stowed bipropellant to get a boost of electrical power or act as an auxiliary power supply if needed.”

BEEPS research is discovering ways to electrochemically breakdown a variety of fuels and oxidizers to efficiently generate electricity.

“With the fuel cell technology AFRL has developed, we can also create solid oxide electrolysis cells that can electrolyze water into hydrogen and oxygen,” Peng said. “By pairing fuel cell and electrolysis technology, we can set up a rechargeable energy storage system that can have more than 20 times the specific energy and more than 10 times the energy density of state-of-the-art rechargeable lithium ion batteries.”

Peng continued by stating that by combining fuel cell and electrolysis technology, AFRL can establish a carbon free means to provide continuous reliable power by pairing this technology with renewable sources of energy that may not be reliable.

“For example, wind power is only available when the wind is blowing and solar power is only available when the sun is shining,” Peng said. “With the fuel cell and electrolysis technology we are developing, we can efficiently store a large amount of energy collected when wind or solar power is available. This stored energy can then be used to power systems when wind or solar is unavailable.”

This research also puts AFRL on a path where researchers may be able to develop a means to eliminate the detrimental effects of releasing carbon when burning hydrocarbons.

“When large scale generation of electricity that is reliable (and) cost competitive, and carbon neutral becomes commonplace, our solid oxide fuel cell activities could lead to a way to convert carbon dioxide and water back into combustible hydrocarbons by electrolyzing carbon dioxide concurrently with water,” Peng said. “The ability to generate hydrocarbons by capturing and electrolyzing carbon dioxide has been demonstrated in laboratory. Unfortunately, major deficiencies remain with the catalysts used for hydrocarbon synthesis and challenges remain with scale up of the overall process. These are problems our BEEPS work can help resolve.”

In addition, major collaborator, OxEon Energy is taking SOFC technology being developed by this effort, and using it to create robust SOFC stacks which can provide useful amounts of power in a single package. Several other collaborators include the University of New Mexico, Tennessee Tech University, Sandia National Laboratories, and the University of Dayton Research Institute.

“This green technology will provide spacecraft operational flexibility by developing a fuel cell that can generate electricity by consuming bipropellant,” Peng said. “This can help ensure that the power needed to complete critical spacecraft operations will always be available when bipropellant is available. Moreover, with a great deal more development, this work can enable the warfighter to create fuel and oxidizer to power operations locally, wherever needed.” 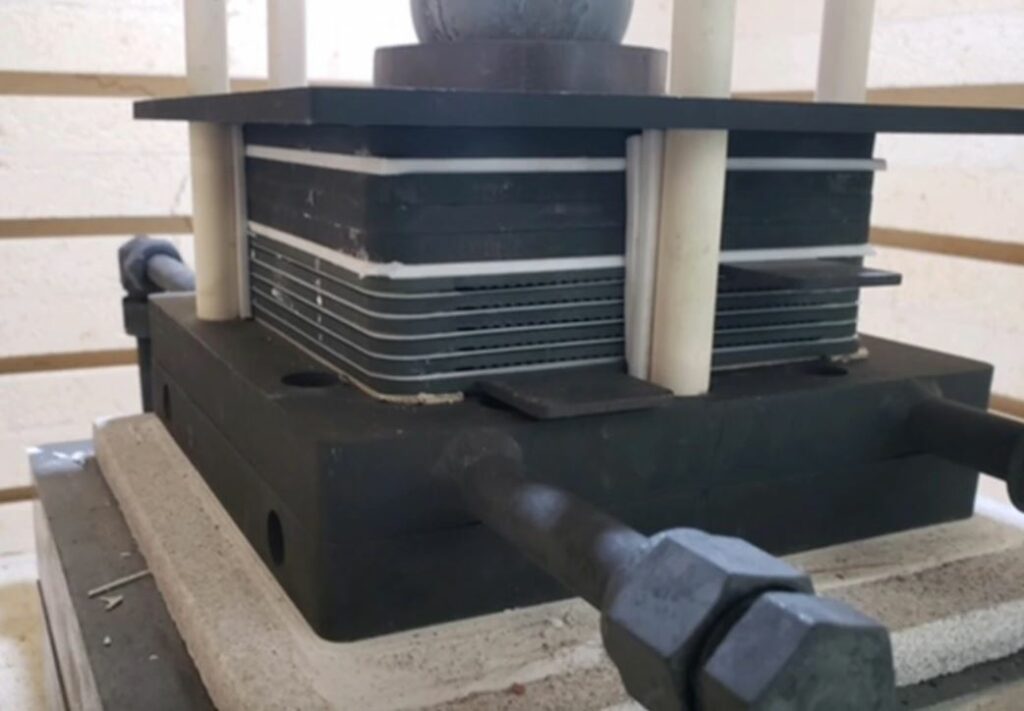