The AFRL Space Vehicles and Directed Energy Directorates on Kirtland AFB hit a home run with the selection of three AFRL Fellows and three S&E ECA winners for these coveted awards.

Initiated in 1987, the AFRL Fellows program recognizes AFRL’s most outstanding S&Es for exceptional career accomplishments in either research, technology development and transition, or program and organizational leadership. Individuals selected for this honor represent the top 0.3 percent of this year’s AFRL professional technical staff. Since its inception, 233 recipients have been selected for the AFRL Fellow honor.

Dr. Hoff is the senior scientist for High Power Electromagnetics in the Directed Energy Directorate, and has been at the lab for nearly 14 years. Hoff’s nomination states he is a versatile and creative thought leader in early and applied research relating to high power microwave and millimeter wave technologies for weapons technology applications. He is the first scientist to receive both the S&E ECA and the Fellows awards.

“I am honored to have been selected as an AFRL Fellow this year,” said Hoff. “I am grateful to the mentors and collaborators that helped to shape the creative technical environment which enabled my career development and research contributions leading toward both awards. The technology created and developed at AFRL is important and impactful to supporting the national interests of the United States.”

The Space Vehicles Directorate nominated Dr. Mishin for his achievements as a senior research physicist in the Geospace Technologies Division. He has a combined 20 years of service at AFRL first as a contractor then civil servant, and is a national scientific authority and independent researcher in understanding the impact of the subauroral geospace. According to his nomination, Mishin’s contributions have revolutionized the field and greatly advanced the understanding of space plasma disturbances critical to the success of communication and navigation technology.

Dr. Pedersen has 23 years of government service at AFRL, and is the principal investigator for the PRECISE flight experiment in the Space Vehicles Directorate’s Integrated Experiments and Evaluation Division. He is a national scientific authority and independent researcher in understanding and controlling the impacts of the ionosphere on technical systems. Pedersen’s nomination indicates he has succeeded in transforming ionospheric research from an academic pursuit into developed military applications.

AFRL’s Science and Engineering ECA recognizes the laboratory’s most promising young scientists and engineers for exceptional leadership potential and significant research or engineering achievements during the on-set of their career. Fifty-one S&Es have received the award since its inception in 2012.

From among seven awardees AFRL-wide, the 2021 early career recipients at AFRL Kirtland are Dr. Christopher Petersen, Dr. Gretchen Phelps and Dr. Michael Steinbock.
Dr. Petersen’s government career started in 2013 in the Space Vehicles Directorate. His guidance, navigation and control contributions on two major space flight experiments were critical to the success of the EAGLE/Mycroft spacecraft mission, AFRL’s first on-board, state-of-the-art autonomous satellite maneuvering experiment. In addition, Petersen’s involvement has been vital to the development of four satellite missions scheduled for 2025, 2026 and 2027.

Joining AFRL in 2016 as a research physicist for the Strategic Atomic Navigation Devices and Systems program, Dr. Phelps currently serves as the program manager for the nuclear deterrence operations (NDO) branch in the Space Vehicles Directorate. She is recognized for accelerating the progress of atomic clock research needed for position, navigation and timing for space applications and establishing vital R&D for NDO. Phelps has received a patent for a revolutionary atomic clock approach.

“It is truly an honor to be nominated for this award as there are so many great scientists and engineers within AFRL who are deserving of this accolade, Phelps said. “I have always had a servant heart and AFRL enables research with a purpose, a way to create new technology to support our nation.”

Dr. Steinbock began his AFRL career in 2016, as a research electronics engineer in the Directed Energy Directorate. He is advancing electro-optical technology for the U.S. Space Force’s space domain awareness and space security capabilities. One of Steinbock’s most notable achievements to date, is leading the world’s first-ever demonstration of laser ranging of a GEO-belt satellite, which is a way to use a laser to detect a satellite’s variation from its predicted orbit. This demonstration permits orbit determination within minutes, significantly faster than the current operational approach.

Each new AFRL Fellow and Science, and Engineering Early Career Award winner receives a $300,000 research grant to further his or her scientific and technical contributions to the warfighter. 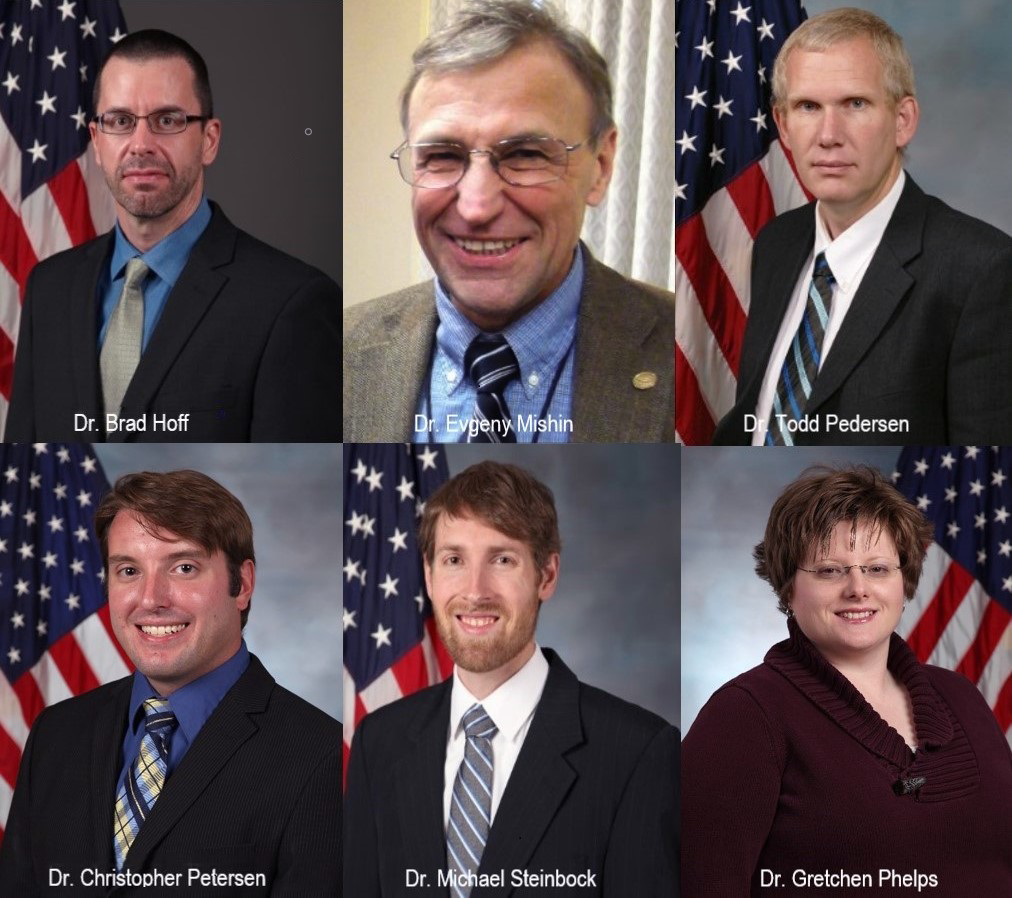