WRIGHT-PATTERSON AIR FORCE BASE, Ohio (AFRL) — The Air Force Research Laboratory recently kicked off a $2 million partnership with Case Western Reserve University. The joint project will accelerate biosensor development, with an emphasis on the detection of biomarkers for stress and fatigue.

In the right dose, stress is beneficial and can effectively lead to a heightened sense of awareness. It’s a survival tool, flooding the human body with a powerful and irresistible urge to respond to sudden danger. It’s the essential trigger for flight or flight. But a sudden overdose of stress can have a paralyzing effect, and when stress is always present, it can cause major depressive diseases.

It’s easy to think of stress as entirely psychological, an effect of the human mind. Stress, however, has a clear biological component. That familiar heart-in-throat feeling is caused by a sudden release of special chemicals made by the human body. Among those chemicals is a neurotransmitter called neuropeptide Y (NPY), a chemical that transmits signals throughout the nervous system. Research has shown that NPY is an important biomarker for stress.

It stands to reason, then, that one way to study the effects of stress would be to study the presence of stress biomarkers in the body. But to detect such biomarkers, researchers need a sensor, which is where AFRL comes in.

“This project has come out of a lot of in-house collaborative work between the Materials and Manufacturing Directorate and AFRL’s 711th Human Performance Wing that focuses on molecular recognition and real-time monitoring,” said Project Lead Dr. Lawrence Drummy. “Drug and vaccine studies look for molecular recognition elements, such as antibodies, for a given target. We want to use similar types of molecular recognition in sensors that can identify hormones and neurotranmitters for monitoring Airman stress and fatigue in real-time, while also demonstrating they work in real-world conditions. That is the ultimate goal.”

The 711th Human Performance Wing has a strong interest in designing such sensors. “This collaboration with Case Western under the Biomolecular Structure and Integration for Sensors program supports a critical need in our sensor development pipeline,” said Dr. Jorge Chavez-Benavides, 711’s Molecular Sensing and Physiology Core Research Area Technical Lead.

The sensing is done using a promising new type of biosensor: a graphene field effect transistor (FET). The sensor utilizes a molecular recognition element that the “target” molecule — for example, NPY or the stress hormone cortisol — will bind to. Once that binding occurs, the electrical conductivity in the graphene FET changes. The sensor then produces a real-time electrical response that can be directly read out.

Because the target biomarkers are present in sweat and saliva, the sensing is completely non-invasive. The sensor itself could be incorporated into a wearable device like a fitness tracker for a long-term study. Or a one-time-use sensor could be used in a hospital, doctor’s office or point of care in the field.

According to Drummy, the first hurdle in making such a sensor is to find the molecular recognition element that the target is most likely to bind with. Using a synchrotron, researchers analyzed and investigated the molecular structure of several recognition elements, which were initially discovered at AFRL, that might easily interact with the target hormones and neuropeptides.

“The collaboration is focused on understanding what is happening at the surface of the sensor so we can optimize its function,” said Drummy. “The scientists at Case Western Reserve University Center for Proteomics and Bioinformatics are experts in understanding structure-function relations in biology and medicine. We would like to build on that [expertise] and apply their techniques, such as synchrotron X-ray footprinting, to the study of biosensors.”

“Footprinting” analyzes the structure of proteins to see how their atoms are arranged, how they are folded, and how they interact with other proteins. The National Synchrotron Light Source II at Brookhaven National Lab is where the X-ray footprinting happens, at a specialized beamline designed and operated by Case Western.

“We want to better understand the performance and mission readiness of Airmen in real time,” added Drummy. “For example, we have sensors all over modern warfighting systems like the F-35, but we have far fewer on the pilot. In the bigger picture, we need to provide a seamless interface between the human and the Air Force system. Biosensors help provide that interface and give mission leaders data-driven insight into their team’s performance.”

The project is part of the AFRL-founded Nano-Bio Materials Consortium (NBMC) and includes a 1:1 cost match from Case Western Reserve University. NBMC is the leading public-private partnership and industrial consortium bringing together government, academia, large and small businesses to solve military and dual-use technological challenges in the Airman Performance and Aeromedical space. 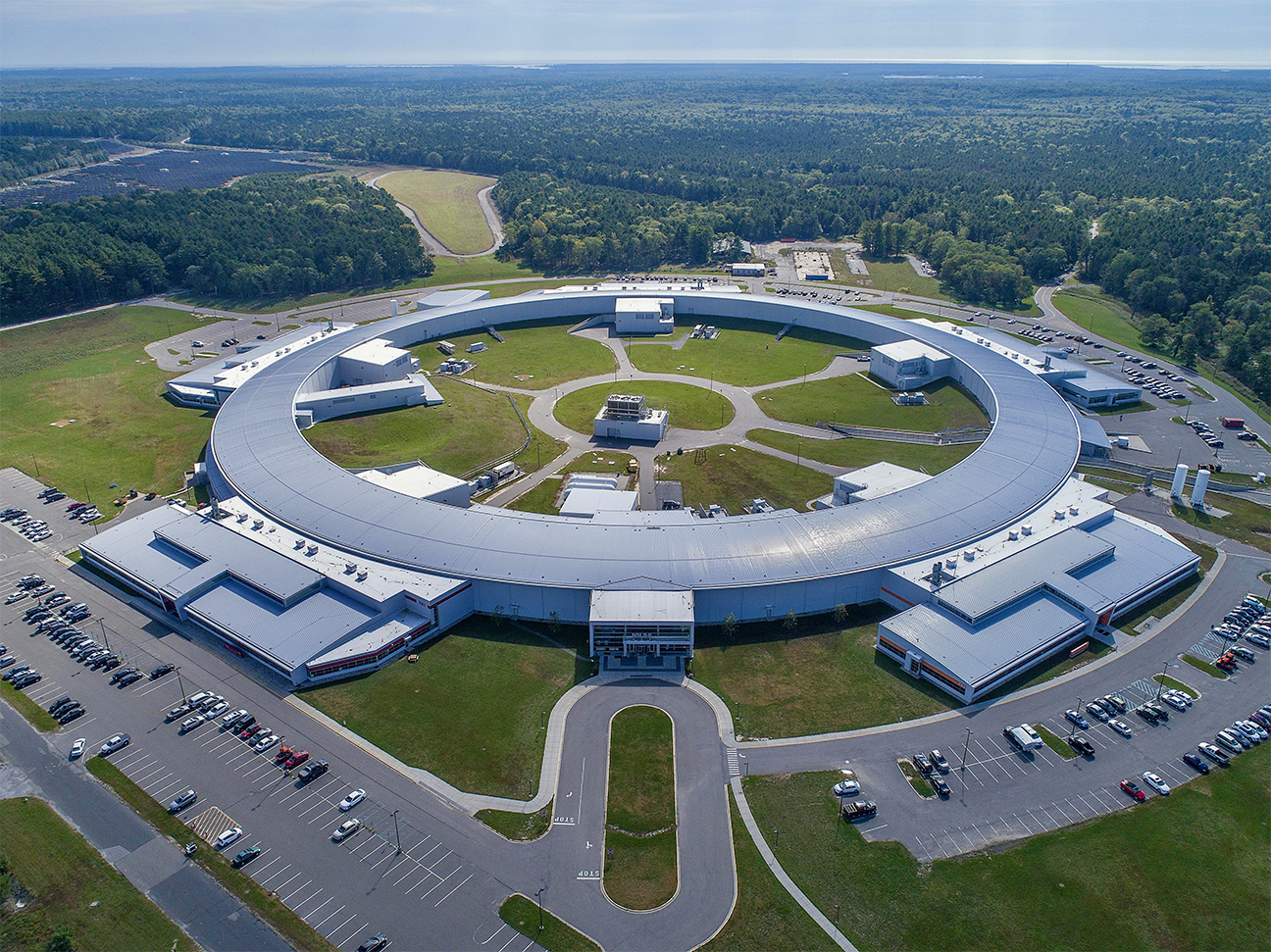