WRIGHT-PATTERSON AIR FORCE BASE, Ohio (AFRL) – The Air Force Research Laboratory, or AFRL, has partnered with the Nano Bio-Materials Consortium, or NBMC, and Case Western Reserve University to create wearable sensors that measure biomarkers in Airmen and Guardians. The term “biomarker” refers to any physiological or molecular information that can be tracked for human health.

The collaboration, called Biomolecular Structure and Integration for Sensors, or BioSIS, connects AFRL’s Materials and Manufacturing Directorate, the 711th Human Performance Wing, the NBMC and Case Western Reserve University. In 2022, the body of research accumulated by BioSIS since 2018 led to the founding of private spinoff company Sensate Biosystems. The NBMC provided funding to Case Western Reserve University to license the existing AFRL patent, assemble its own team and kickstart the company to develop wearable molecular sensor research for dual use in the commercial market.

Human performance monitoring wearable sensors optimize capability in capturing and monitoring molecular signatures in body fluids such as saliva, interstitial fluid and perspiration. This technology is key to tracking well-being during critical missions, sensing when Airmen and Guardians become overly fatigued, stressed or hyperstimulated, according to Dr. Lawrence Drummy, senior materials engineer in the Materials and Manufacturing Directorate and BioSIS technical lead. 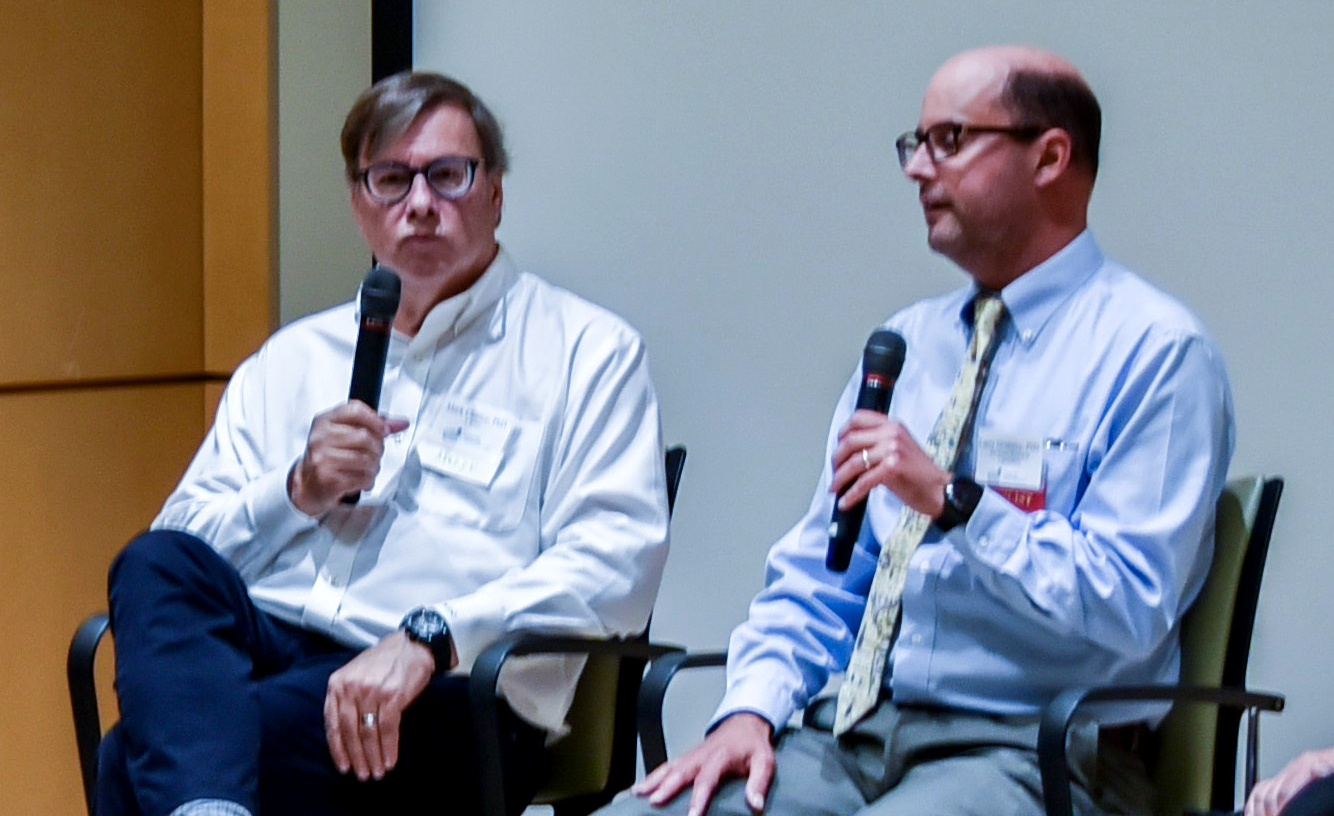 “Historically, we have very few sensors on the Airmen,” Drummy said. “We are looking to equip them with more advanced human monitoring capabilities so mission commanders can integrate that information and make more rapid decisions.”

Wearable sensor technology has the potential to quantitatively measure human stress levels during missions, notify personnel to return to safety zones and monitor biomolecular responses in those who become sick or injured.

“These wearable sensors can take on a variety of forms such as mouthguards, patches applied to the skin or microneedle patches that just penetrate the epidermis into the interstitial fluid, for example,” Drummy said. “These sensors will be integrated into a network, not just used as stand-alones, so that a global picture of performance can be generated.”

Dr. Jorge Chavez Benavides, technical lead in the Airman Systems Directorate of AFRL’s 711th Human Performance Wing, and his team were invited to participate in project ideation and brainstorming discussions with Case Western Reserve University and the Materials and Manufacturing Directorate to define the scope of the BioSIS program research.

“The ability to monitor biomarkers for different conditions continuously in real time will provide information about how the human body works and responds to external stressors to a level of detail that has not been seen before,” Chavez said. “This information will allow the design of personalized models that could predict performance and health issues before they occur, minimizing negative effects in our mission and health.”

A key goal for BioSIS in its nascent stage was to select which biomarkers to research. Researchers ultimately narrowed the list down to Neuropeptide Y — a protein abundant in the human brain and detectable in human sweat that is useful in predicting the performance of individuals under extreme stress — and lactate, which can be used to monitor injury healing, Drummy said.

“Biomolecules like Neuropeptide Y and lactate, they exist in very tiny concentrations in your blood,” said 1st Lt. Suren Uswatta, technical program manager in the Biomaterials branch and government program manager for the NBMC. “So they’re very difficult — almost impossible — to detect. That’s what’s so very important about this new technology. It allows us to detect those tiny concentrations, those tiny amounts.”

Biomarker research in AFRL focuses on multiple biomolecules including lactate and Neuropeptide Y. Neuropeptide Y, in addition to its military relevance, was identified for its potential for future commercial health applications for weight loss purposes, obesity management and mood disorders, Drummy said.

When programs like BioSIS commercialize their research to private companies, the likelihood increases that the intellectual property, or IP, can be scaled up more affordably for production and future purchase by the Air Force, Uswatta said.

“We had an initial short-term goal that after the first two years, we would pursue a path to commercialization, because this technology also has lots of potential for those outside of the military,” Uswatta said. “One way to do that is by using the intellectual property [IP] to start your own company, but that involves a lot of entrepreneurial risk — to career, to family life, finances, everything. It’s risky to take this new technology to market and create a product out of it. The NBMC wants to support risk-takers.”

The program advanced DAF goals and promoted collaboration too.

“This program is a great example of how AFRL scientists work across technical directorates and with external partners to provide the best possible return on investment to the taxpayers’ funds provided to us to develop next-generation capabilities for Airmen and Guardians,” Chavez said.

Dr. Mark Chance, professor of Nutrition at Case Western Reserve University, led the research team that conducted the bulk of biomolecular research. As director of the Center for Proteomics and Bioinformatics and BioSIS founder, Chance collaborated with Drummy, Uswatta and others in AFRL’s 711th Human Performance Wing.

“The 711th was on the front lines in terms of which things should be measured,” Chance said. “They help us isolate the markers. We [the Case Western Reserve University research team] said: tell us what needs to be measured and we will come up with a platform [that is now BioSIS]. The Air Force’s flexibility in letting us set this up is very unusual — they have instilled in us a level of trust, of confidence, that I truly appreciate.”

Chance said he is confident that Sensate Biosystems will continue to expand the research program, not just for military applications but also for commercial use.

“I am proud of the team we built,” Chance said. “I think it is sustainable. I believe it will last and will keep the research going. That’s how you make an impact on the future.”

Drummy said sometimes, he refers to the BioSIS program as simply “the wearables of the future.”