This achievement is an important milestone toward AFRL’s objective of developing and adapting quantum technologies for quantum networking and quantum information processing.

Critically, researchers here observed the coherence times to be in excess of 0.2 milli-seconds, on par with state-of-the art superconducting quantum processors operating in industry and the academic community, and indicative of exquisite cryogenic microwave engineering capabilities at AFRL which will be applied to develop quantum-networking capabilities.

The use of quantum systems – e.g. superconducting qubits, photons, and trapped-ions – for the dissemination of information has the potential to bring about transformative changes to timing, sensing, networking, and computing. In particular, utilization of quantum phenomena like entanglement and teleportation in communication networks could enable an array of new capabilities that would confer numerous advantages to the Air Force and the warfighter such as tamper-proof communication, quantum cloud computing, and distributed quantum sensing for enhanced precision in position, navigation, and timing applications, to name a few. In fact, to maximize versatility and functionality of such quantum networks, AFRL researchers are working to integrate multiple leading qubit modalities, each with its own respective functional advantage, into a heterogeneous quantum-networking platform. The demonstration of a superconducting qubit capability at AFRL is thus the latest addition to a quantum technology portfolio that includes state-of-the-art efforts in trapped-ions, integrated photonics, and cold atoms.

AFRL researchers installed and commissioned their first such cryostat in March 2020, though, this was just the first step toward measuring and manipulating superconducting qubits. Over the subsequent months, researchers here worked to install the myriad hardware components and electrical devices required for measuring the qubits and protecting them from ambient sources of noise; these included multiple stages of sensitive cryogenic microwave amplifiers, a nested series of shields to screen ambient electric and magnetic fields, and specialized instrumentation for the application and acquisition of the microwave signals used to probe and control the superconducting qubits. Notably, the results of this effort constituted the first measurements of superconducting qubits in a DoD service laboratory in early October 2020.

The superconducting qubit test chip was manufactured and initially measured at Massachusetts Institute of Technology Lincoln Laboratory (MIT-LL) to serve as a calibration benchmark for the Information Directorate’s cryostat and microwave infrastructure. Measurements performed by AFRL researchers demonstrated qubit performance on the directorate’s cryostat that matched the performance observed by researchers at MIT-LL. Such benchmarking thus provides confirmation of the integrity of AFRL’s cryostat, microwave circuitry, lab environment, and measurement techniques. In addition, it establishes the robustness of the superconducting qubits to distribution between research facilities.

“A highly coherent qubit is exquisitely sensitive to environmental disturbances, so much so that a single microwave photon in the readout resonator, or a wandering normal electron on the chip, will noticeably degrade the qubit’s coherence,” said Dr. Campbell. “Proper shielding and careful microwave engineering prevents noise from the world outside the cryostat from leaking in. I’ve never seen coherence times from a transmon-type qubit chip as long as those we observed from the chip furnished by MIT-LL, verifying our newly assembled lab.” 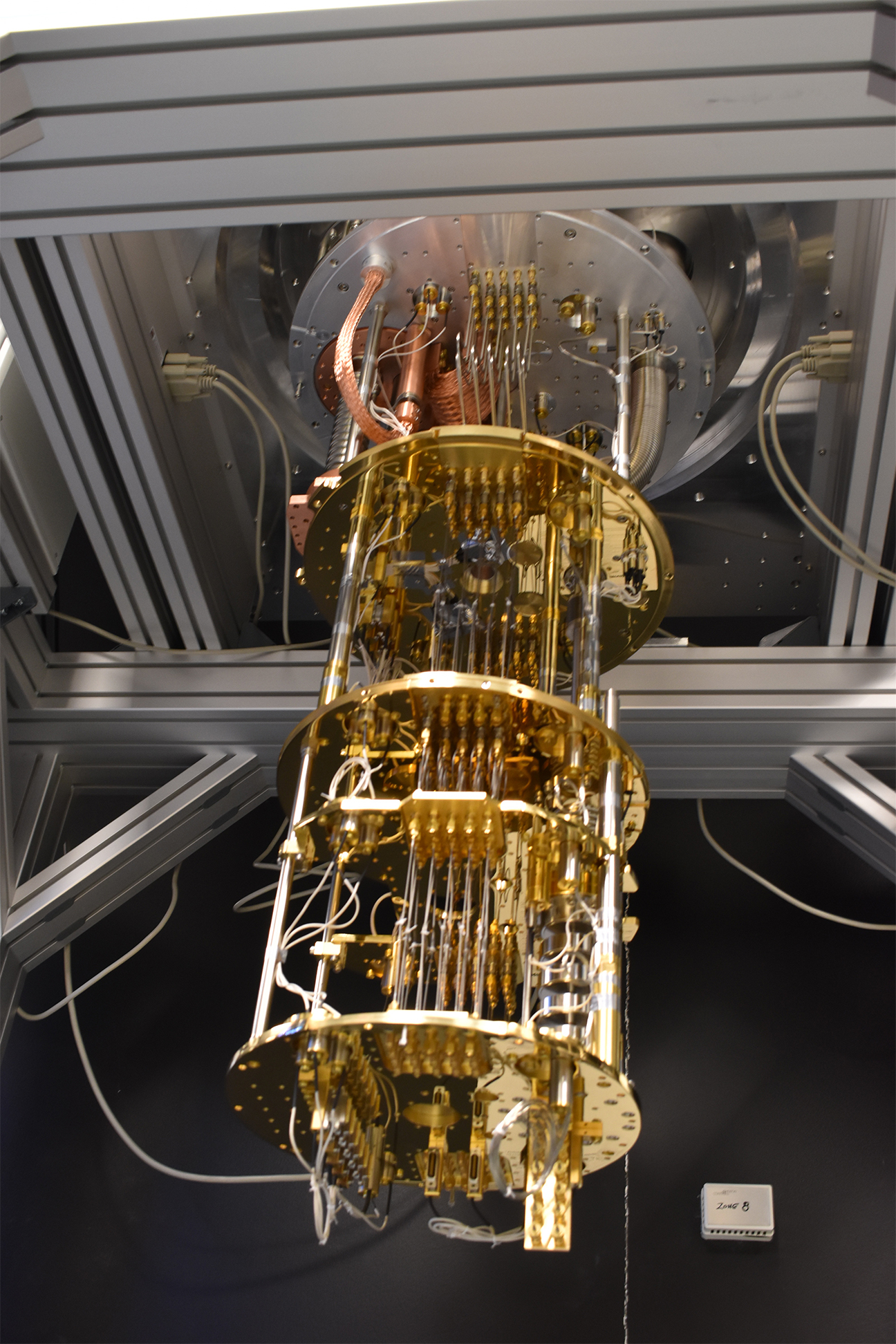 A cryogenic refrigerator installed in the Quantum Information and Sciences Laboratory at AFRL’s Information Directorate in Rome, New York. The device is used by AFRL researchers to measure the energy and coherence times of superconducting quantum bits (qubits), two important characteristics that determine how long qubits can retain quantum information. (Courtesy photo)