EGLIN AIR FORCE BASE, Fla. – The concept of getting high-tech results for a significant discount has always been attractive to the military. For Air Force Research Laboratory physicist and innovator Joshua Lentz, it all comes down to something as simple as a child’s toy.

“I view the idea generation process as Legos,” said Lentz, of AFRL’s Munitions Directorate at Eglin AFB. “I’ll take a product or technology and consider it like a single Lego shape. I spend time trying to come up with ways to build products out of that one type of Lego.“

Brick by brick, that process has led to his invention and patent for a Low-Cost Wide Field of View (FOV) Projector. Lentz, who began his career earning BAs in Math and Physics from East Stroudsburg University in Pennsylvania, before moving on to add a Masters and PhD in Optics from the University of Central Florida – and currently has 16 inventions to his name — placed the first Lego while studying Digital Micromirror Display (DMD).

“One of the focuses of my concept development efforts is to find lower-cost methods to accomplish our needs. This idea was generated when I found what current DMD performance had reached. It inspired a quick calculation that showed the approach was viable and I began writing it up,” said Lentz.

DMD works very similar to a Digital Light Projector; creating a picture element being projected to a screen. Lentz noted that the most expensive DMDs operate at incredibly high speeds, but could still produce the desired results if slowed down.

“(My) invention takes advantage of that extra time by steering the output to an adjacent spot (a tiled image location) and changing the image,” Lentz explained. “For a sensor like the eye, there is no recognition — if done fast enough — that (if) the DMD projected an image, pointed to another spot and projected a different image, so the result looks like a continuous picture of twice the size.”

FOV uses a spatial light modulator (SLM) and a fast steering mirror (FSM) cooperatively managed by a projection sequence controller. The computer-implemented process determines projection regions within the FOV, creates sub-images of an input target image for each of the regions, and operates the SLM and FSM to time-division multiplex sequential projections of each of the sub-images and to direct each projection to a respective region in the FOV within an observer frame rate.

Though FOV exists merely on paper at this stage, Lentz sees enormous potential commercially in terms of marketing and advertising.

“Projection onto buildings, walls, structural posts, etc. is expanding. In some cases this bypasses the need to obtain permits since permanent signs are not installed,” Lentz said. “If an advertisement of five times the size can be accomplished (at a fraction of) the cost, the return on investment will get attention.”

Lentz says FOV could be beneficial in the field of additive manufacturing, commonly referred to as 3D printing. The Air Force Rapid Sustainability Office is using this technology to create engine parts for fighter aircraft. 3D printing involves depositing layers of a specified material to create an object from a computer graphic. Utilizing FOV in this process has the potential to create larger scale components rather than just individual parts requiring massive post-print assembly. This application is a bit less direct and would require some adaptations. “Using the same DMD and covering far more print area has advantages,” Lentz added.

As the Legos click together, Lentz says he now has the necessary hardware to start developing and demonstrating this invention soon.

“Hopefully, I can get some demonstrations accomplished in the next year and publish them. Alternatively, finding a commercial or industrial — or even academic — partner to license the technology would increase exposure,” he said. 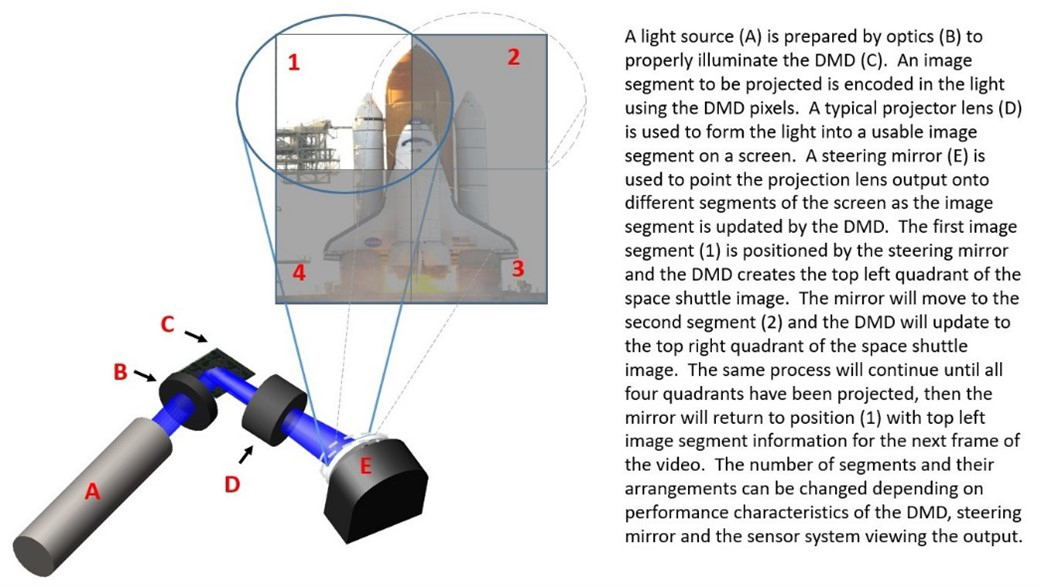 A functional description of the Wide Field of View Projector. (Courtesy illustration) 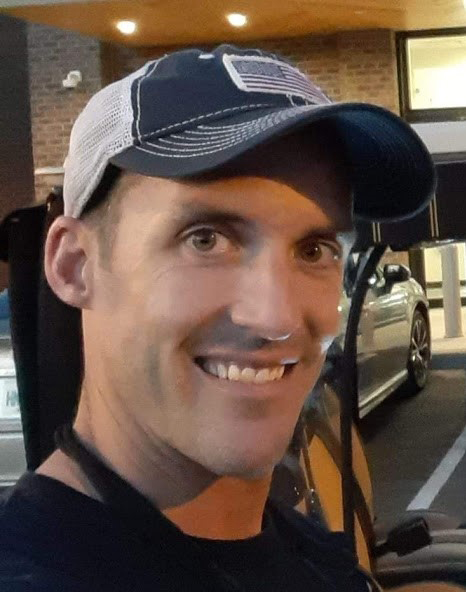