KIRTLAND AIR FORCE BASE, N.M. – Air Force Research Laboratory engineers have completed the final assembly and integration of the Demonstration and Science Experiments (DSX) spacecraft in preparation for its placement on the first-ever Department of Defense SpaceX Falcon Heavy launch vehicle.

The first of its kind globally, the AFRL DSX flight experiment will conduct new research to advance DOD’s understanding of the processes governing the Van Allen radiation belts and the effect they have on spacecraft components. DSX’s elliptical path in medium Earth orbit (MEO) will increase understanding of this orbital regime, and advance our understanding of the interplay between waves and particles that underlie radiation belt dynamics, enabling better specification, forecasting and mitigation. This will ultimately enhance the nation’s capability to field resilient space systems.

DSX’s mission is different from most other Air Force flight experiments as it is a purely scientific mission. The spacecraft is equipped with a unique suite of technologies such as space weather sensors and graphite antenna booms used to conduct experiments with very-low frequency (VLF) radio waves. DSX has two sets of immense deployable booms due to the large antenna requirements of these experiments. One set extends 80 meters tip-to-tip and the other extends 16 meters tip-to-tip, making the DSX spacecraft one of the largest deployable structures in orbit.

“The space domain has never been more important to our nation than it is today,” said Maj. Gen. William Cooley, AFRL commander. “The DSX satellite experiment will greatly increase our understanding of the environment spacecraft operate in and will give us the knowledge to build even better satellites to protect and defend our space assets. I am immensely proud of the AFRL scientists, engineers, and technicians that conceived and built the DSX satellite.”

DSX will conduct on-orbit experiments for at least a year, to include:

While these experiments focus on the space environment, DSX also hosts an experiment called the Adaptive Controls Experiment (ACE).  ACE will aid in analyzing the structural behavior of DSX’s large deployable antenna booms, yielding results which can be applied to the design and maneuvering of large spacecraft structures in the future. 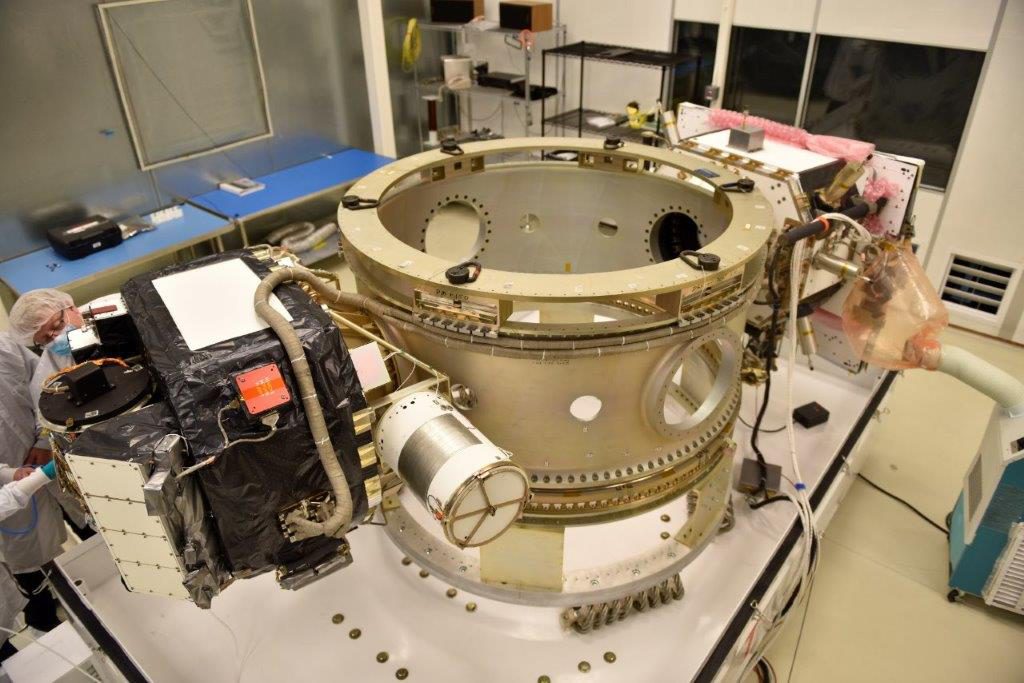