The unique spacecraft, envisioned, built and tested entirely in house at Kirtland AFB, was launched June 25, 2019 with the goal to explore the complex relationship between very low frequency radio waves and the Earth’s radiation belts in medium Earth orbit (MEO).

“We welcome the great minds that have come together to synthesize the results of the DSX satellite experiment,” said Col. Eric Felt, the director of the Space Vehicles Directorate, in his keynote address to the meeting attendees. “The science work isn’t done until it is written down and analyzed so that it will be available for future generations.”

“This meeting was in part, the AFRL science team’s thought process to make sense of the hundreds of experiments – to build a comprehensive picture, to explain the unexpected and to move us further in applying our results to benefit DoD missions,” said Dr. William Robert Johnston, senior research physicist and DSX principal investigator. “We saw many phenomena, some expected and some unexpected.”

DSX was many years in the making as scientists studied how to operate spacecraft in the harsh radiation environment of the Van Allen radiation belts and to develop technologies to protect low Earth orbiting (LEO) satellites from the effects of high altitude nuclear explosions (HANE).

The threat of HANE has been around since the late 1950’s, when high altitude nuclear tests demonstrated wide-area effects with significant military impact for numerous systems.

Pettyjohn further elaborated that analyzing the DSX science data will help in developing technologies to mitigate the effects of HANE on spacecraft.

This was only one of the many types of studies DSX carried out, with a variety of applications for the DoD. Other DSX missions included gathering data on the radiation environment in medium Earth orbit to improve design of satellites for this region, and testing of methods to control the orientation of very large structures in space.

Looking to the future, the AFRL team will continue analysis of the results, and in the coming months some of those will be published and presented to the broad scientific community.

“Apart from the applications for DoD, the wealth of basic scientific results gathered from this unique mission will benefit ongoing research into radiation belt dynamics and other issues of design for the space environment,” Johnston explained. “Since DSX’s orbit took it to regions not frequently visited, our observations will help scientific understanding of these dynamics and be of general benefit to civilian space operations as well.”

Felt complimented the team on the success of the DSX mission and the great work they have done for the nation.

“The last thing we want is a war with an adversary in space,” Felt said. “Having a robust lab creates uncertainty of our capabilities and keeps our adversaries guessing, providing important deterrence.” 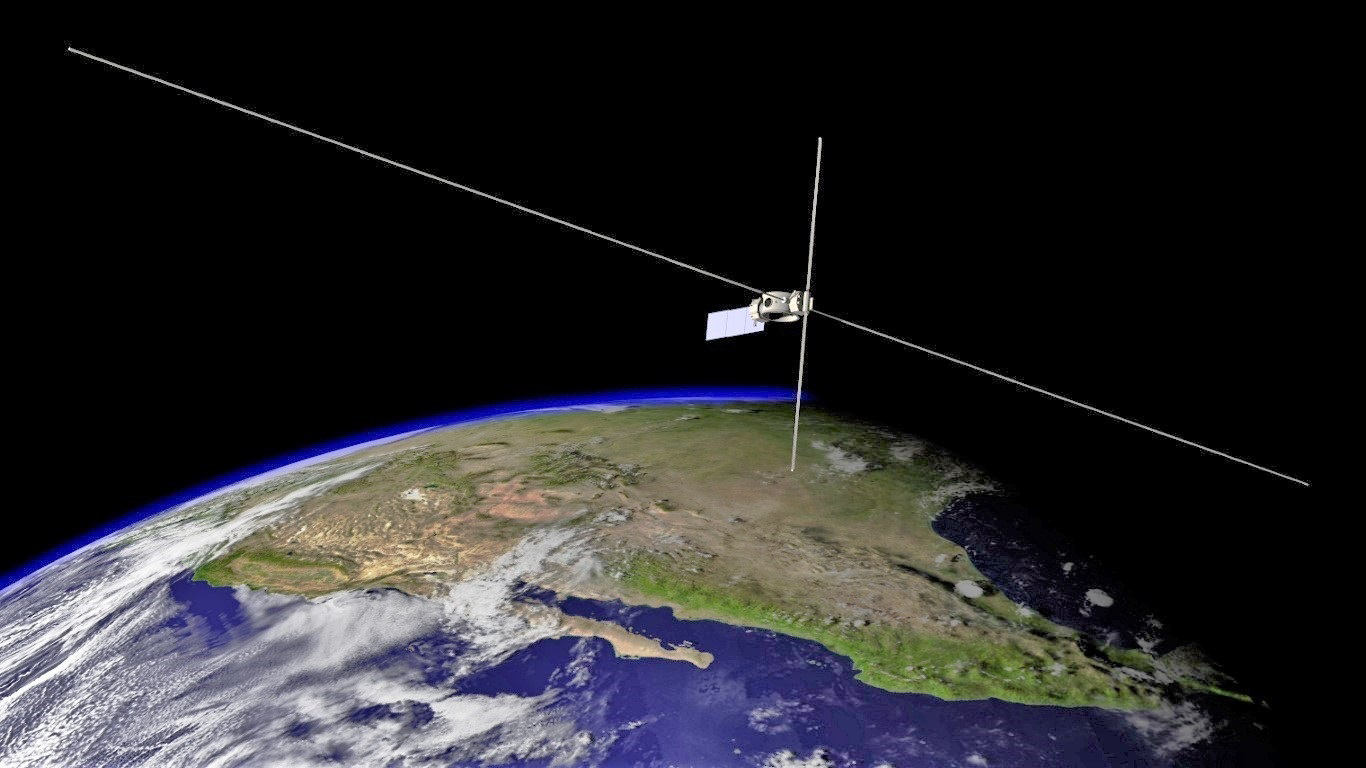 A spectrogram from the Broad Band Receiver on AFRL’s Demonstration and Science Experiments (DSX) spacecraft showing “boomerang” signals on Oct. 5, 2020. Colors show radio wave power with transmissions from DSX and return echo signals (boomerangs) indicated. It shows a seven-second time period from left to right and radio frequency increasing from bottom to top. This is one of dozens of boomerangs seen by DSX, which are being analyzed to understand how very low frequency (VLF) radio waves behave in near-Earth space. (Courtesy Image/Stanford University)