KIRTLAND AIR FORCE BASE, N.M. — On Feb. 24, 1983, 2nd Lt. Guise Vander Linden was accidentally electrocuted while conducting research in one of the Air Force’s laser laboratories at Kirtland AFB.

Stan Peplinski, a senior scientist at AFRL, who shared a lab with Vander Linden, heard his cry and immediately sought and provided medical assistance. “Another colleague and I rushed to “Juice’s” aid, but there was nothing we could do to save him,” said Peplinski. “It was a tragic accident. I have anguished over his death many times, and I wanted to do something special for Lt. Vander Linden and his family. So I set in motion plans for the remembrance ceremony.”

Attending the ceremony were many scientists and engineers from AFRL’s Directed Energy Directorate. Remarkably, Peplinski was able to locate Vander Linden’s sister, Mrs. Karyl Newton, who was there from her home in California and participated as a very special guest. On his death, his parents Guise and Elodie Vander Linden and his sister Karyl survived the lieutenant.

“Today we are here to remember 2nd Lieutenant “Juice” Vander Linden, who 37 years ago, lost his life here, in a tragic accident, just down the hall in Lab 18,” said Hammett.

“In those days, we were known as the Air Force Weapons Lab, and Lt. Vander Linden, a research scientist, was working for the Advanced Radiation Technology Office in the Advanced Resonator Optics Branch. Reflecting on this tragedy, we are reminded of the dangers we face in the field — and in the labs, securing our nation’s freedoms.

“Juice” was born in Honolulu, Hawaii. He was a Best of the Best Eagle Scout, a cadet in his college’s Reserve Officer Training Corps, and a 1981 graduate of the Massachusetts Institute of Technology where he received a degree in physics.

Chaplain (Maj.) Craig Nakagawa, a member of the 377 Air Base Wing at Kirtland and a fellow native Hawaiian, led a moment of silence that began at 11:05 a.m. — the time of Vander Linden’s electrocution. Following the moment of silence, Nakagawa sang a Hawaiian song named “Kanaka Waiwai” while accompanying himself on the ukulele.

“The song offers the teaching of what is important in this life and in the life to come,” said Nakagawa. “It expresses how the path to Akua (God) is found through love (Aloha) and example (living righteously). It gives a statement that is universal by its depth and breadth of meaning. Hawaii’s culture is religiously diverse; which is a pride of Hawaii. The song’s popularity, which has been recorded by noted artists, crosses racial and religious lines.”

Jim Mayo, a retired U.S. Air Force lieutenant colonel, who was “Juice’s” supervisor at the time, was notified of the accident immediately after it happened. He spoke about that day and his respect and admiration for “Juice.” Mayo had followed the ambulance to the hospital and entered the emergency room with him. “With my hand on Juice’s left knee, I experienced those final moments in the emergency room with this young Airman,” Mayo said as his faced showed anguish and sorrow.

Mayo related a meaningful conversation he had had with the lieutenant only a few days before his death in which Vander Linden had spoken of recommitting his life to God and asked assistance in preparing his testimony of faith.

“We are reminded that we do not enjoy today’s success, without looking to those who came before us,” said Hammett. “We have a responsibility to live up to their legacy, as we build upon their discoveries, and see their dreams turned into reality. Knowing what we now know about Lt. Vander Linden, it’s clear that from an early age he was inspired to do great things.” 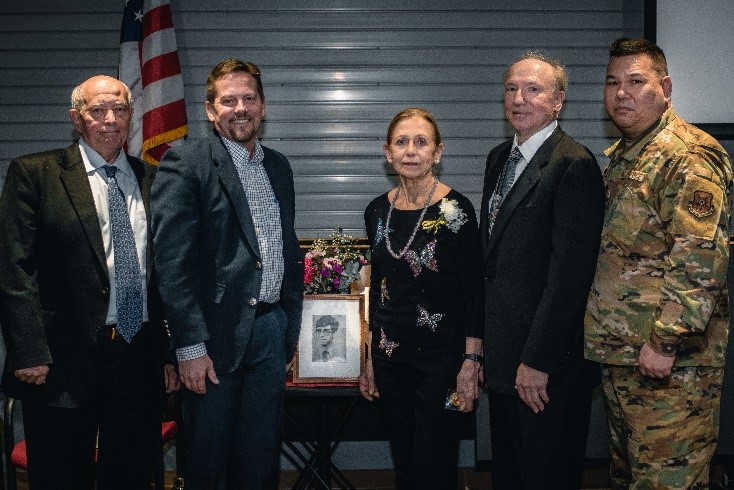 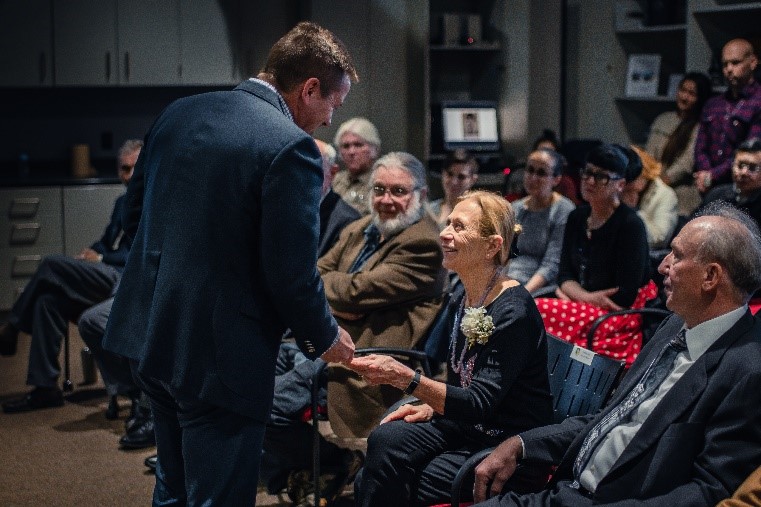