EGLIN AIR FORCE BASE, Fla. — Summer 2019 has been a notable session for 63 AFRL Scholars participating in 10-12 week internships in the AFRL Munitions Directorate at Eglin AFB, Florida. Scholars, whose academic levels range from high school to PhD and who represent 16 states, 36 colleges and universities, and 4 high schools, traveled to Eglin AFB to work on STEM-focused topics in the lab this summer. For most, this is their first internship at AFRL or with the DoD. For many, it is their first internship ever.

During a brainstorming session in the early planning stages for a jam-packed summer, AFRL Scholars Program Administration converged on a stimulating consideration: How can AFRL Scholars connect the relativity of their work to the big picture in advancing warfighting technology? We knew that in order to dig deeper into that question we needed to go to the source: the warfighter.

On June 20, 2019, the first annual Warrior Panel was hosted at the Doolittle Institute in Niceville, FL.  Two seasoned Combat Controllers (MSgt Christopher Hopfensperger and TSgt Barrett Williams of the 720th Special Tactics Group, Hurlburt Field, FL) joined fellow panelist Lt Col Eric M. Axt, Director of Staff for the 33rd Fighter Wing, Eglin AFB, FL, where they took the stage to answer questions that do not have easy answers. The panelists acknowledged AFRL’s contributive technology and how they were well-equipped for the battlefield.

The panelists spoke to the need for technology to be high functioning, sleek, agile and dependable. The Shangri-La Auditorium filled with a dynamic audience of AFRL scholars, mentors and fellow RW S&E’s who eagerly listened to the distinct perspectives from AFRL technology end users on the ways that technology has been essential for success of a mission, and about how the warfighter more often than not opts for a simpler, dependable technology. The AFRL developed Android Tactical Assault Kit, or ATAK, app was mentioned as a technology “win” that gave great capabilites for situational awareness on the battlefield. Technology advancements that the panelists highlighted would be beneficial were areas such as extending battery life for radios and the need for radio communications to be unified among DoD branches. Candidness from the panel left the audience with profound understanding of human factors and the involvement of technology end users into the preliminary stages of development, to more adequately ensure design and capabilities meet the needs of the warfighter before the R&D process progresses too far into development.

Panelists were able to further interact and collaborate with 44 scholars over following the event. Intern Kelsey Johnson, a sophomore majoring in Aerospace Engineering at The University of Alabama and working with mentor Dr. Chi Mai on High-Speed Weapon Aerodynamic & Flight Characterization this summer, stated, “Honestly, this was an amazing event. It’s not often you get to see the impact of your research on the warfighter. I really enjoyed hearing their responses to our questions.”

Post event, one AFRL mentor provided feedback stating, “It was a good opportunity to discuss customer needs,” referring to the development of technology that AFRL specializes for the warfighter. 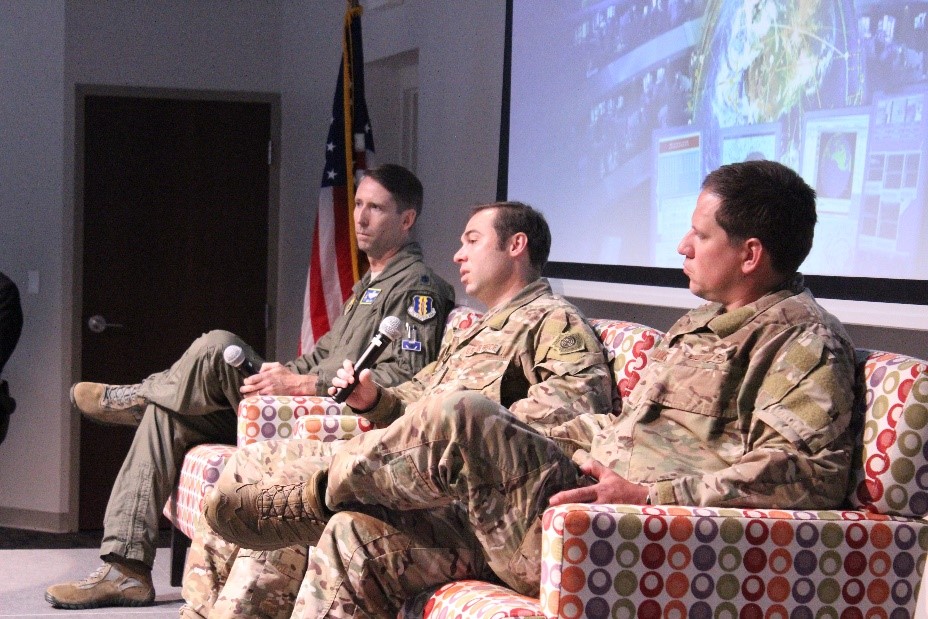 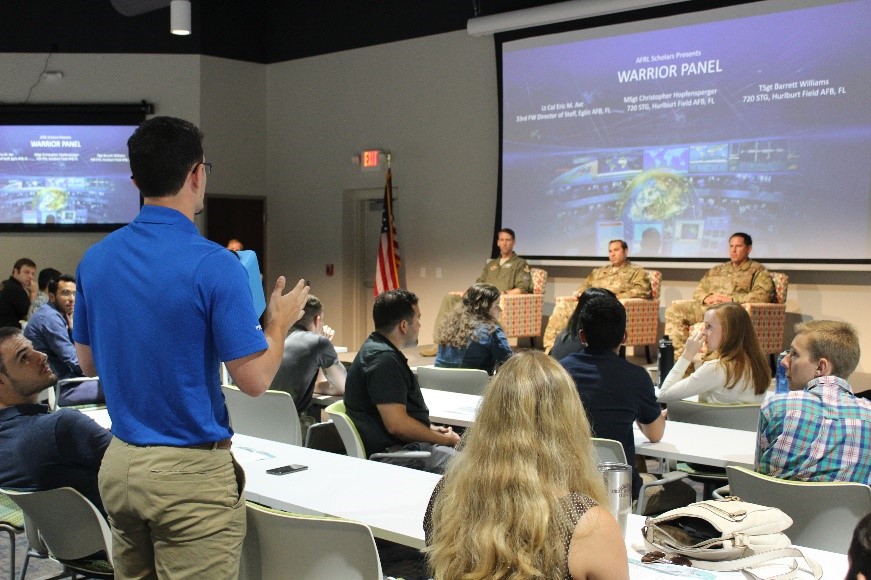