WRIGHT-PATTERSON AIR FORCE BASE, Ohio – Dr. Brian Simpson, a research psychologist who specializes in auditory perception in the Air Force Research Laboratory, has been selected as a fellow by the Acoustical Society of America.

Dr. Rajesh Naik, chief scientist of AFRL’s 711th Human Performance Wing where Simpson works, remarked on the significance of this kind of recognition.

Simpson currently serves as technical advisor for the 711 HPW’s Sensory Systems Branch and as science lead for the multisensory perception and communications core research area. His peers in the acoustical sciences secretly nominated him for this elevated membership status with support from current ASA fellows and leaders.

“I’m feeling very humbled and grateful,” Simpson said. “Being recognized by my peers in this way is truly one of the greatest honors one could hope for, and clearly one of the highlights of my life.”

Simpson explained that ASA is one of the preeminent scientific organizations in his field.

Founded in 1929, the ASA consists of thousands of members covering a wide range of technical fields, including physics, engineering, physiology, psychology, speech, architecture, oceanography and music.

“The membership is very diverse, comprising researchers from academia, industry, and government,” Simpson said. “Some are addressing very basic scientific questions, while others work on more applied problems, but all are very committed to science and passionate about their research.”

Over the course of Simpson’s career and in his 25 years as an ASA member, he has published dozens of journal articles, presented at many conferences, secured two patents, received four grants and numerous awards, and served on standards committees and ASA technical committees.

This fellowship specifically recognizes his technical contributions to speech perception, spatial hearing and the development of auditory displays, but he emphasized that these contributions were the result of a strong team effort.

“Our scientific efforts have been successful because we have an incredibly smart, creative team dedicated to its science and to the Air Force mission,” he said.

Simpson also explained how the scientific approach at AFRL is somewhat unique in that it presents opportunities to apply the results from research to address critical needs of the Air Force operational community. One such need, pervasive throughout all operations, is communication.

“Communication is critical to the success of every Air Force mission across all operational domains,” Simpson said. “If any single operator doesn’t receive reliable, interpretable, and timely information, the unit is going to suffer.”

To address needs like this, Simpson’s team conducts basic research, employing experimental designs that attempt to capture the key aspects of the domain of interest. The knowledge gained from that research is then used to inform the development of technologies, such as multisensory displays and communication interfaces, that ensure mission accomplishment and efficiency. Some of these interfaces have been adopted by the commercial sector as well.

As Naik said, “AFRL has folks, like Brian, who are at the cutting edge of science—innovative minds, who are recognized nationally and internationally. Yes, the folks in AFRL do science, but their scientific impact can be utilized beyond just a Department of Defense perspective; they’re recognized in the world as being experts in their area.” 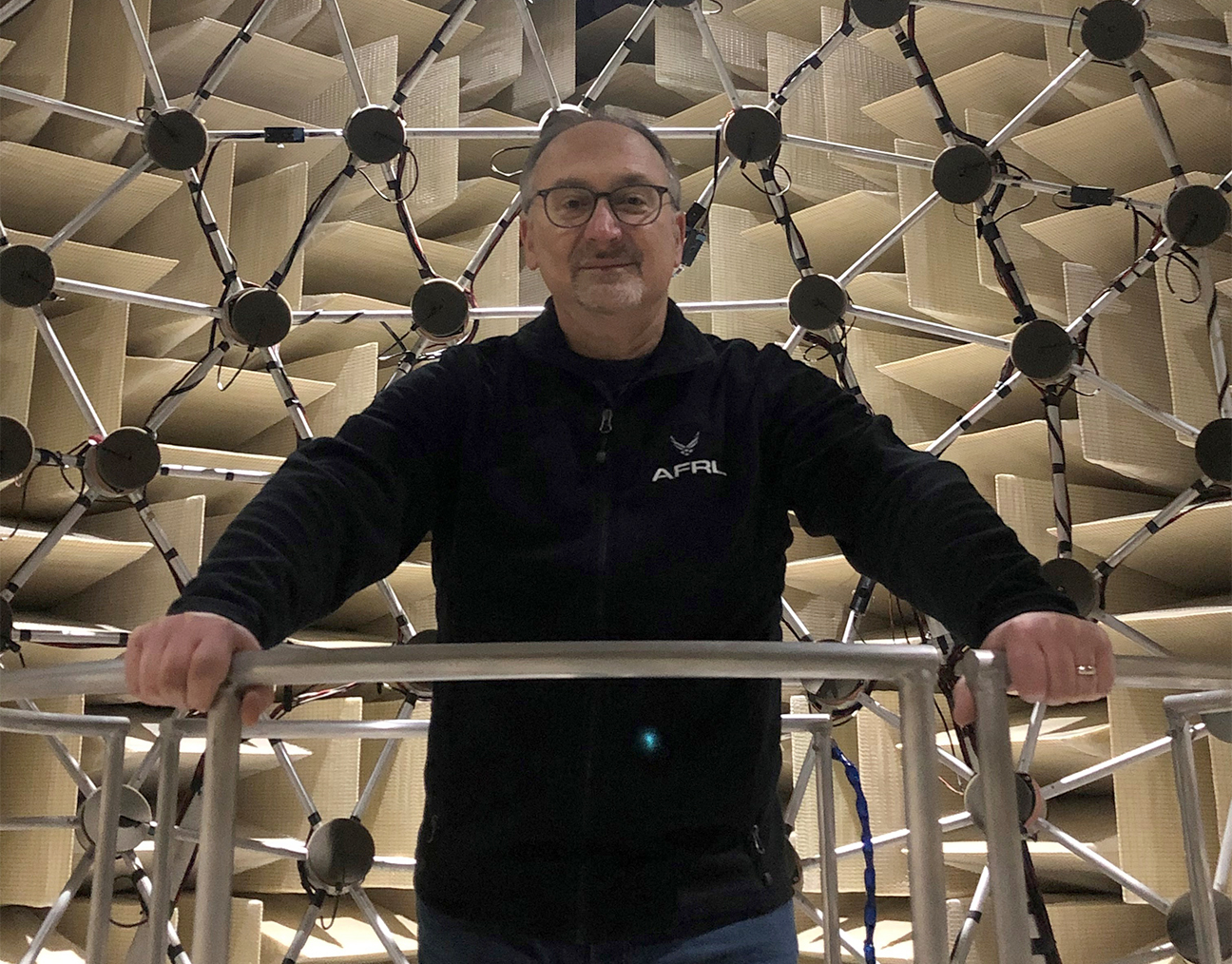 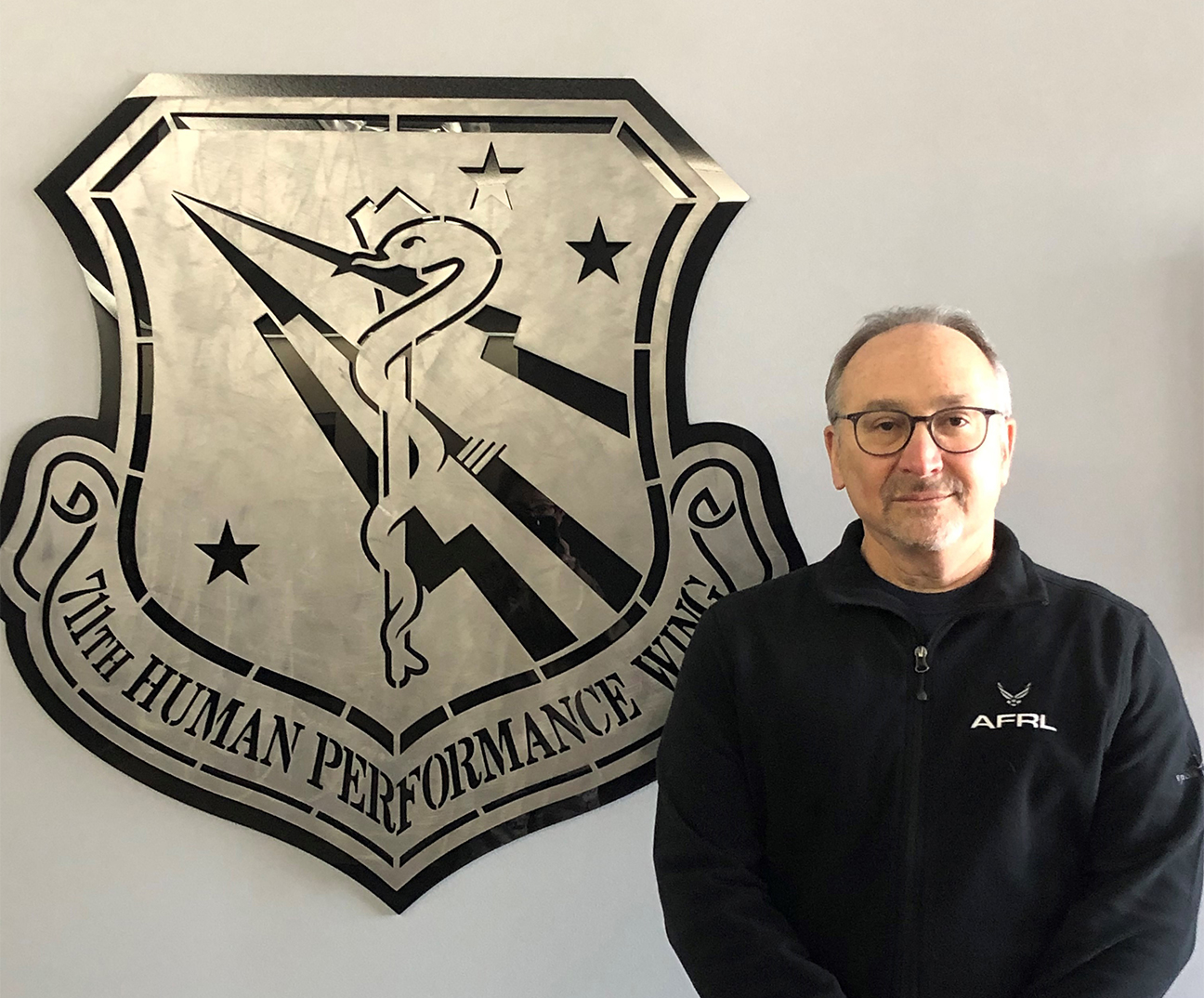