Wymer is a physicist assigned to the Air Force Research Laboratory Directed Energy Directorate located at Kirtland AFB, New Mexico. His job involves studying how lasers with very short pulses produce radio waves, and he is the deputy program manager of a system called THOR that uses high-power pulses of radio waves to disable small drones.

“In 2003, I entered the Air Force as an enlisted aviator and served with the 20th Special Operations Squadron at Hurlburt Field, Florida, where I advanced to the rank of senior airman,” Wymer said. “I signed up to gain financial independence, but chose the job so I could do something exciting and worthwhile in the process. I separated from the military in 2007 to pursue a degree in physics and math from the University of Arizona in Tucson.”

The Syracuse, New York native rejoined the Air Force in 2017 after completing his commissioning program at the Department of the Air Force’s Officer Training School.

“While serving with the 20th, I saw how my actions had a direct impact on the mission and our Airmen,” Wymer said. “Whether it was identifying hazards to my aircraft, protecting ground teams from enemy forces, or capturing terrorists planning to attack polling places before an Iraqi election, I knew what I was doing was important.”

Wymer explained he rejoined as an officer to continue to serve the Air Force community and the nation.

“The first time, joining was an adventure, but this time joining the Air Force was like coming home,” he said.

Wymer is one of 41 Airmen selected for this year’s undergraduate pilot training program. He has some thoughts on this elite selection.

“I’ve always enjoyed being in the air, but what’s most important to me is serving and protecting my fellow Airmen and joint forces, which I will continue to do as an Air Force pilot,” he said. “As an enlisted aviator, I participated in hundreds of sorties both in the U.S. and abroad. Keeping my teammates in the air and on the ground safe made the risks worthwhile. It still does and is what motivates me to train hard so I can excel as an Air Force aviator.”

Though many more times that are exciting are ahead of him, Wymer discusses one of his important career highlights.

“Creating THOR stands out as one of my most valued contributions so far,” Wymer said. “We are developing our new system to protect Airmen at risk from hostile drones. Seeing that technology evolve from a fledgling prototype to something poised to become a weapons system warfighters use in combat has been very exciting. I’ve only played a small role in this transition, but it has been incredibly rewarding to support this accomplishment of our team and AFRL.”

Wymer’s senior leadership and peers alike are 100 percent behind him, and know he will succeed in his new role in the Air Force.

“Selection for UPT is a highly competitive process, and this recognition reflects Lt. Wymer’s officer performance, his physical fitness, and his ability to rise to the top in rigorous test qualifications,” said Dr. Jeffry Heggemeier, who leads AFRL’s High Power Electromagnetics Division. “We are all proud of James’s remarkable accomplishments while assigned to AFRL, and are certain he will continue to serve our nation as a first-rate aviator.”

In addition, as another milestone, Wymer is approaching completion of his Master’s Degree in Optical Science from the University of New Mexico in Albuquerque.

Wymer expects to receive notice of his undergraduate pilot training base and class date in the near future. 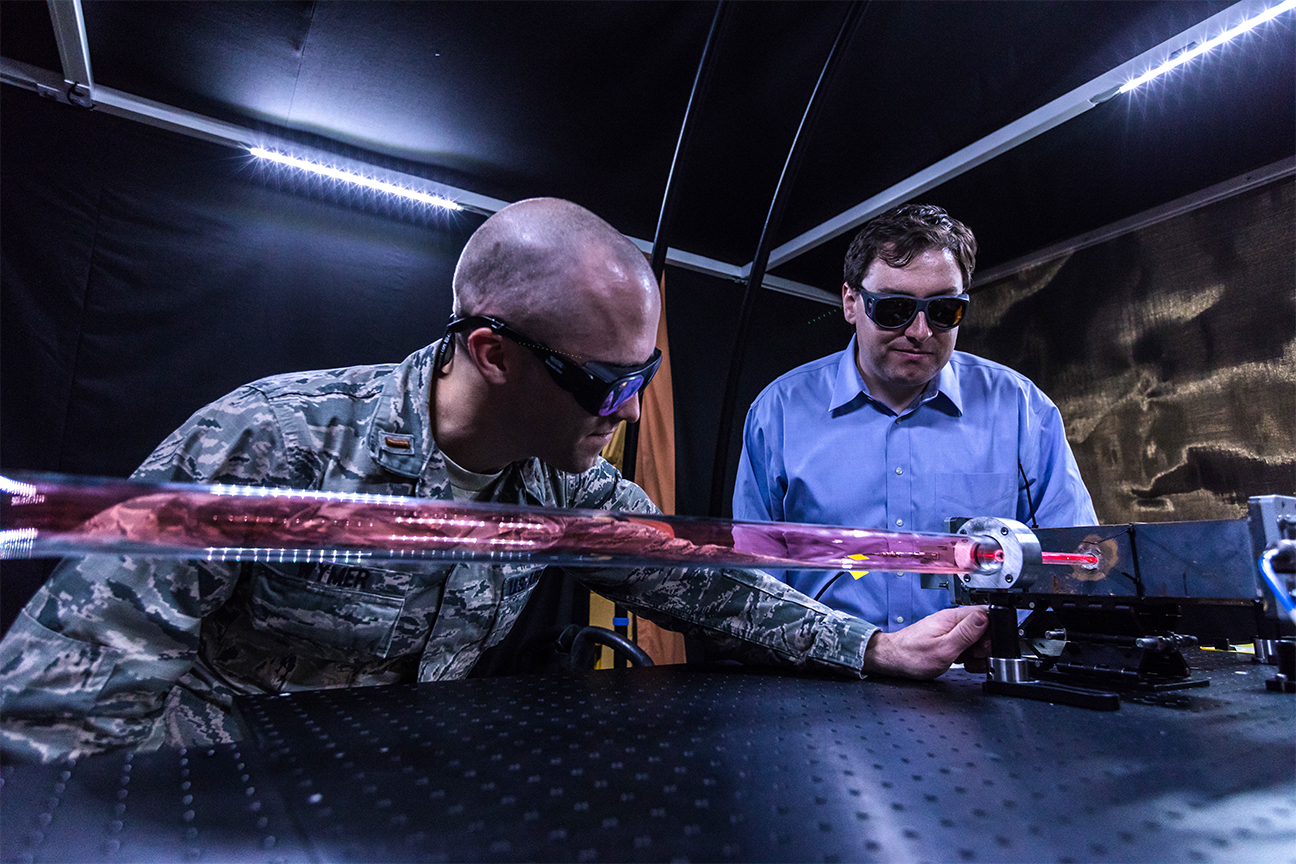