WRIGHT-PATTERSON AIR FORCE BASE, OHIO (AFRL) – The Air Force Research Laboratory has selected two universities as partners in the creation of a new science and technology ecosystem that will also include both large and small businesses, other government agencies, and venture capitalists.

The formation of the AFRL Regional Research Hub network is a pilot initiative, with the first part of the pilot covering the Mid-Atlantic and Midwest regions, with expansion to other regions possible in the future.

“By establishing these regional research hubs, we can leverage research, translation, and workforce development successes across the region, while integrating stakeholders to encourage exchanges, drive innovation and ensure our nation’s security,” said Brian McJilton, director of the AFRL Small Business office.

“AFRL S&Es will gain access to new technologies and ideas by working side-by-side with other researchers in collaborative endeavors to further accelerate and advance the translation of science and technology to both the warfighter and commercial markets,” McJilton said. “AFRL Regional Hubs are different from a traditional consortium – this is about AFRL tapping broader and deeper into the regional ecosystem through direct engagement of AFRL S&Es with the Hub partner S&Es in their environments – not requesting the ecosystem to go and do work for AFRL. AFRL is working solutions together with our Hub partners,” he said.

Through the new network, AFRL will be able to share costs and risks of technology innovation; provide experiential learning opportunities for scientists, engineers and possibly other support functions through university business schools; and connect AFRL scientists and engineers to the commercial problem space.

Partnering universities, large and small businesses, ventures, and national labs can all expect the benefit of researching high-risk case studies provided by AFRL that these partners may not experience in the commercial market. AFRL will also bring scientists and engineers, allowing partners to connect with defense problem space areas, meaning that the intent of the Regional Hubs is to get AFRL S&Es from behind the fence to engage and collaborate within these regional ecosystems side-by-side with other external S&Es.

Cornell University Provost Michael Kotlikoff looks forward to Cornell’s role leading the strategic network created by the Mid-Atlantic Regional Hub. “The synergies arising from the adjacency of scientists, engineers, and professionals in the Hub will create a unique and sustainable ecosystem that will aid significant technological advances and enhance U.S. national security,” said Kotlikoff.

“We are excited and grateful that Cornell and its partners were selected to lead the Mid-Atlantic AFRL Regional Hub,” said Emmanuel Giannelis, the vice president for research and innovation and the faculty principal investigator on the project for Cornell. “The Hub will combine scientific discovery, innovation, and entrepreneurship into a single platform designed to accelerate advances in mission-critical areas for the U.S. Air Force and U.S. Space Force. By collapsing the conventional discovery-to-application process, the Hub will increase the volume and velocity of technology translation, nurture the next generation of innovators, and catalyze local economic development.”

“Purdue’s selection to lead the new AFRL regional hub – Midwest, is a tribute to our faculty and researchers,” Daniels said. “Their scholarship and commitment to excellence make possible the university’s numerous partnerships in creating future technologies and protecting the national security.”

Purdue University will leverage its robust portfolio of national security-related research, workforce development programs in key fields such as secure microelectronics and energetic materials, and close collaborations with large and small businesses located within the Midwest and throughout the world.

The Regional Hub program will also provide workforce development opportunities for AFRL scientists and engineers who may spend up to six months with hub partners working in technology problem spaces at their locations. 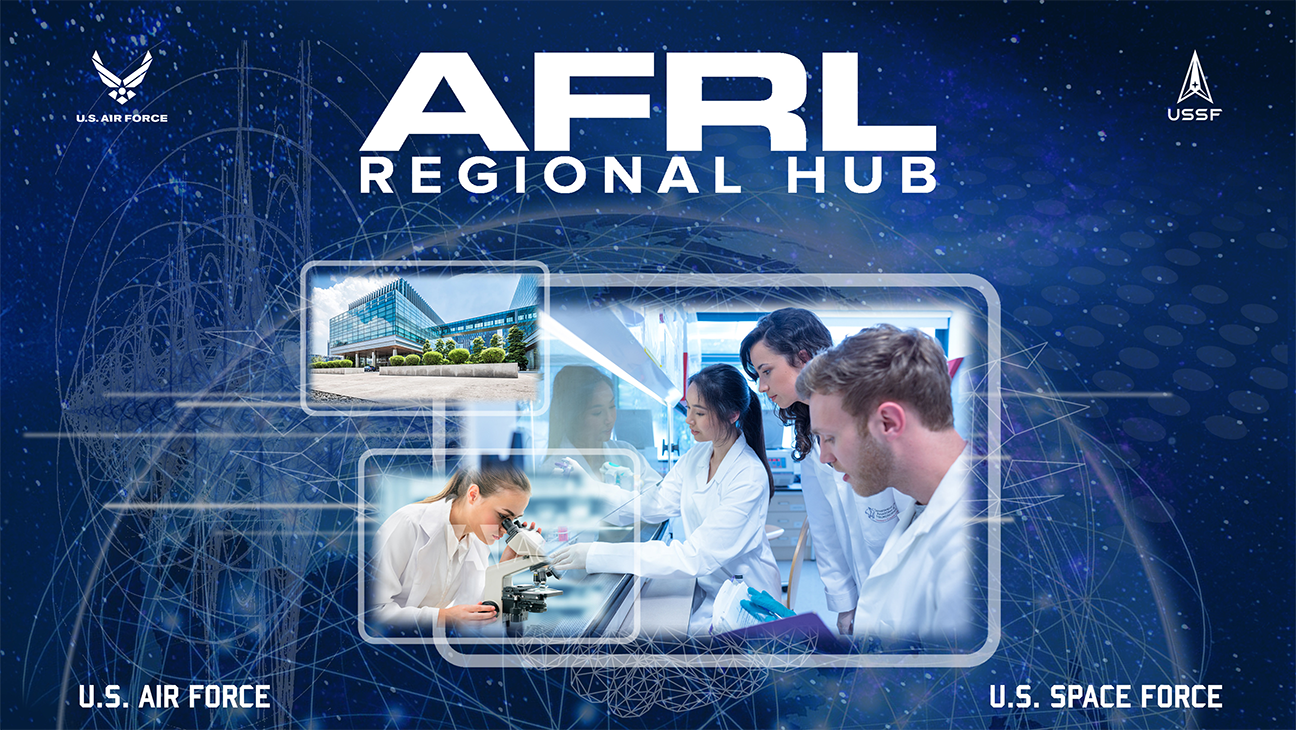 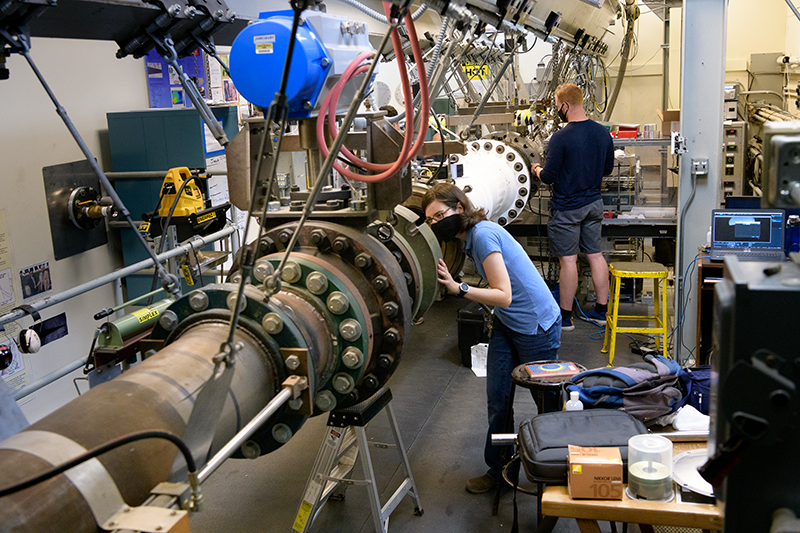 Students work during the summer with Purdue’s Mach 6 quiet wind tunnel. A more advanced Mach 8 quiet wind tunnel will be part of the new hypersonics research building to be constructed at Purdue.(Photo courtesy Purdue University/John Underwood) 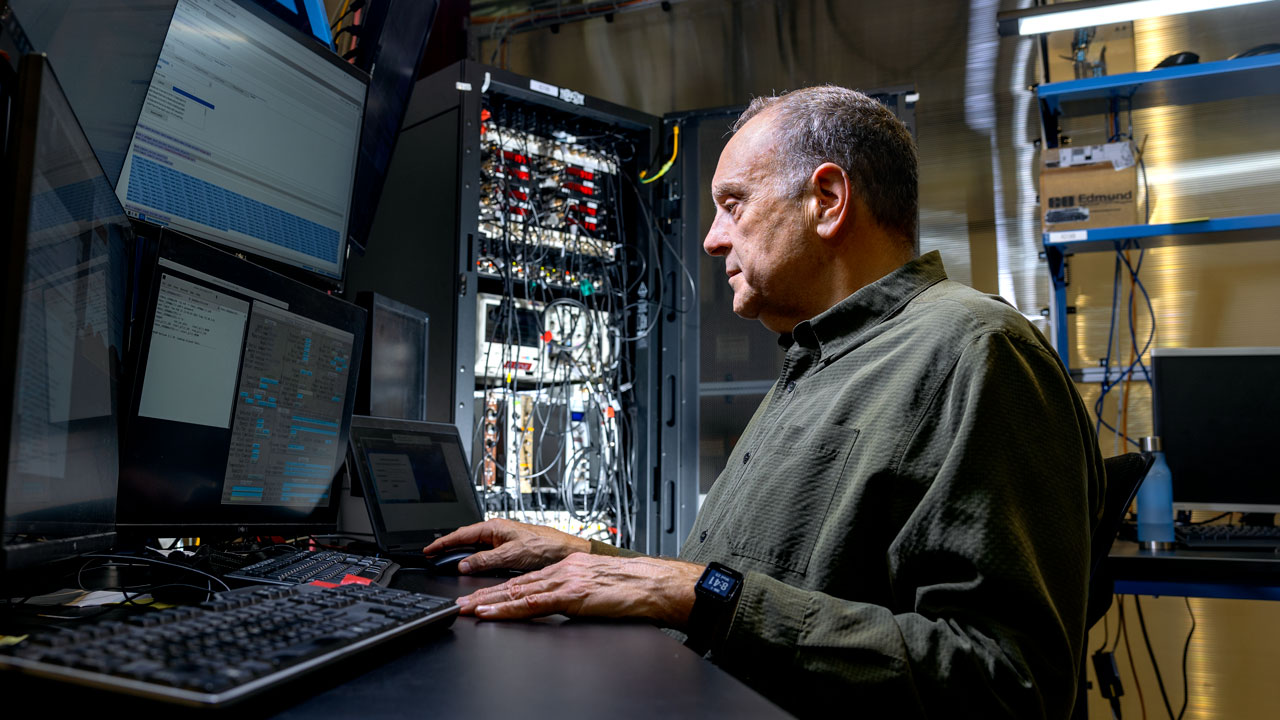 Matt Miller, professor of mechanical and aerospace engineering in Cornell’s College of Engineering, at work in the Cornell High Energy Synchrotron Source (CHESS). Miller is principal investigator for the Materials Solutions Network at CHESS, which provides dedicated access to two X-ray beamlines for the Air Force and other Department of Defense researchers, as well as original equipment manufacturers, to improve the performance and safety of new and existing materials and designs for military components, targeting issues such as fatigue and residual stress. (Courtesy photo Cornell University/Jason Koski)