WRIGHT-PATTERSON AIR FORCE BASE, Ohio – Dr. Chad Waddington, a native of southern Michigan, grew up in small-town America surrounded by farm fields. He blossomed into a track star while attending Hanover-Horton High School. His running abilities lead him to attend college at Indiana Wesleyan University, where he put his passion for research to use.

“I became very interested in physics after reading some of Stephen Hawking’s books in high school,” said Waddington. “I went to an undergraduate school that had a much stronger math department and so I ended up studying math, physics and philosophy, and I felt at the end of my time there that I was most prepared to pursue a PhD in mathematics.”

Waddington went on to earn his doctorate in Mathematics at Colorado State University. Upon earning this degree, his ability to achieve success quickly translated into his civil service career.

“The JFC is a great way for newer employees to the government to interact with senior leaders,” said Josh Smith, Sensors Directorate JFC Vice President. “On almost a monthly basis, we host a meet-and-greet or luncheon with senior leaders, such as directors and chief scientists.”

“In addition to the direct opportunities that JFC affords you, it also puts you in the path for a lot of additional prospects that could be coming down the pipe,” said Waddington.

The JFC helped catapult Waddington to continue on his track of achievements. One afternoon, he had the opportunity to have lunch with the AFRL Commander and was given the chance to lead a tiger team of experts to improve AFRL’s Information Technology systems to enable rapid research and development. Waddington’s successful leadership of this team led him to an even bigger and better opportunity.

Waddington was recently selected to serve as the Special Assistant to the Chief Scientist of the Air Force at the Pentagon in Washington, D.C. This role allows him to support the Chief Scientist, provide valuable insight, and offer guidance and counsel to key military leaders.

“The job of the Chief Scientist is to be the principal advisor to the Secretary and Chief of Staff of the Air Force on all matters related to science and technology,” said Waddington. “So in my role as the Special Assistant, I will be going with him wherever he goes and basically supporting him in his mission.”

The job of Special Assistant to the Chief Scientist of the Air Force is tailored to each individual and his/her unique background.

“My background is in artificial intelligence machine learning,” said Waddington. “So I can additionally offer my professional opinion on that which is good because it’s an in-demand topic right now.”

From running triathlons to tackling new challenges, Waddington exemplifies a path to success through his civil service career thus far. As he takes on this new role, he serves as a Sensors Directorate representative and highlights AFRL’s dedication to hiring dynamic, innovative experts.

“Being successful really depends on balancing two things,” said Waddington. “You have to protect your time to do the technical work and you also have to take advantage of every career-broadening opportunity that comes up.” 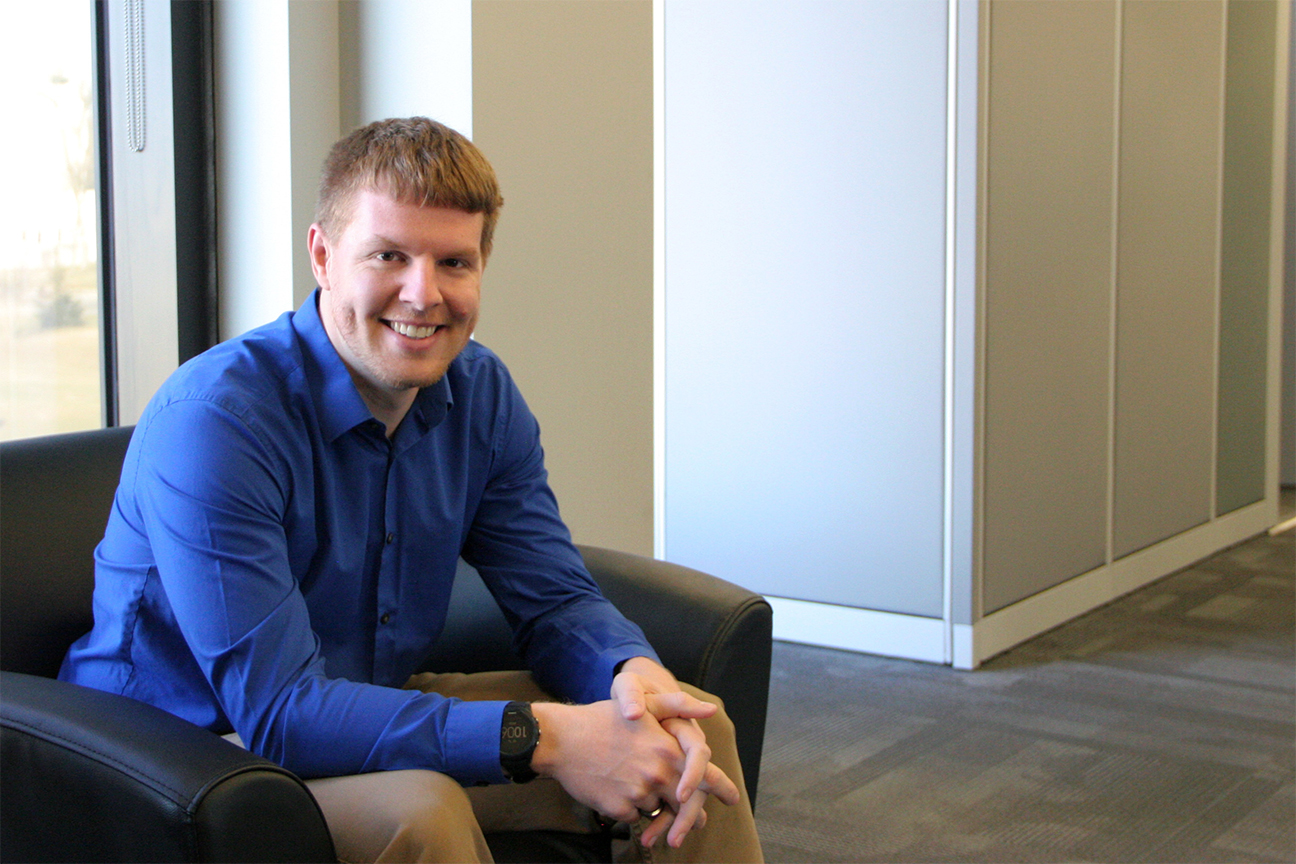 Dr. Chad Waddington, an Air Force Research Laboratory Sensors Directorate Research Mathematician, and President of the Sensors Directorate Junior Force Council, was recently selected to serve as the Special Assistant to the Chief Scientist of the Air Force at the Pentagon in Washington, D.C. This role allows him to support the Chief Scientist, provide valuable insight, and offer guidance and counsel to key military leaders. (U.S. Air Force photo/Rachel Simones)