ARLINGTON, Va. (AFRL/AFOSR) – On behalf of the entire Air Force Research Laboratory, the leadership of the Air Force Office of Scientific Research (AFOSR) is pleased to announce the winners of the 2021 AFRL Star Team awards. The Star Team designation is awarded annually to the top 10% of AFRL Laboratory Tasks performing the most innovative in-house basic research.

“Our AFRL Star Team awards represent the Research Rock Stars within the lab! If you want to know more about how we’re using moth antennae for the military, how we’re investigating medium and long wavelength infrared applications, or how we’re attacking flexible electronics…look no further than these award recipients,” said AFOSR Director, Dr. Shery Welsh.

Despite the challenges of collaborative research during the pandemic, this year’s winners represent three technology directorates and join an esteemed cadre of 16 current Star Teams on the forefront of innovation.

“As the primary scientific research and development provider for the Department of the Air Force, the creation of new science knowledge within our own ranks of talented researchers is vitally important to meeting the unique demands of our future Air and Space Forces,” said AFRL Chief Technologist Dr. Timothy Bunning. “One of AFRL’s products is its technically proficient S&E practitioner (do’ers of science/engineering) pool, who through their peer reputation influences and leads the larger S&T ecosystem in technical areas of interest for the future DAF needs. Those recognized with this most recent award reflect the best of the best in three disparate technology areas.”

AFRL boasts a workforce of 11,200 military, civilian and contractor employees leading the discovery, development and integration of affordable warfighting technologies for our air, space and cyberspace forces. AFRL’s research can be divided into three areas or building blocks: basic research, applied research, and advanced technology demonstration. AFRL/AFOSR’s management of the basic research portfolio and investment in new science knowledge both inside and outside of AFRL is the critical first step on a path to innovation.

“At AFRL/AFOSR we invest in bold, revolutionary, disruptive basic science that puts vital capabilities into the hands of our warfighters,” said AFOSR Chief Scientist, Dr. Pat Roach. “Our intramural investments are a critical piece in our overall investment strategy and we are so pleased to recognize these outstanding performers.” 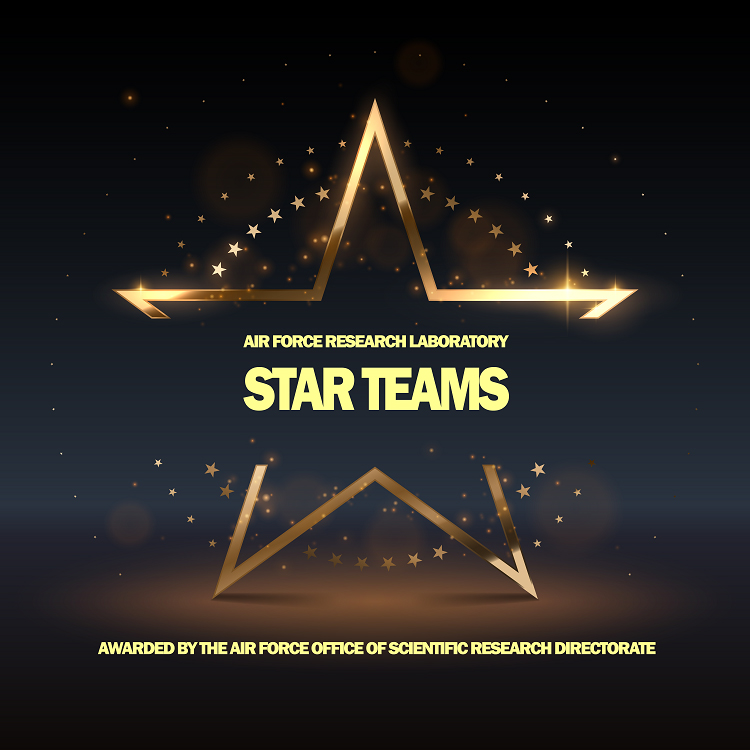