This test, conducted in partnership with Kratos UAS and Area-I, demonstrated the ability to launch an ALTIUS-600 small, unmanned aircraft system (SUAS) from the internal weapons bay of the XQ-58A. Kratos, Area-I and AFRL designed and fabricated the SUAS carriage and developed software to enable release. After successful release of the SUAS, the XQ-58A completed additional test points to expand its demonstrated operating envelope.

“This is the sixth flight of the Valkyrie and the first time the payload bay doors have been opened in flight,” said Alyson Turri, demonstration program manager. “In addition to this first SUAS separation demonstration, the XQ-58A flew higher and faster than previous flights.” 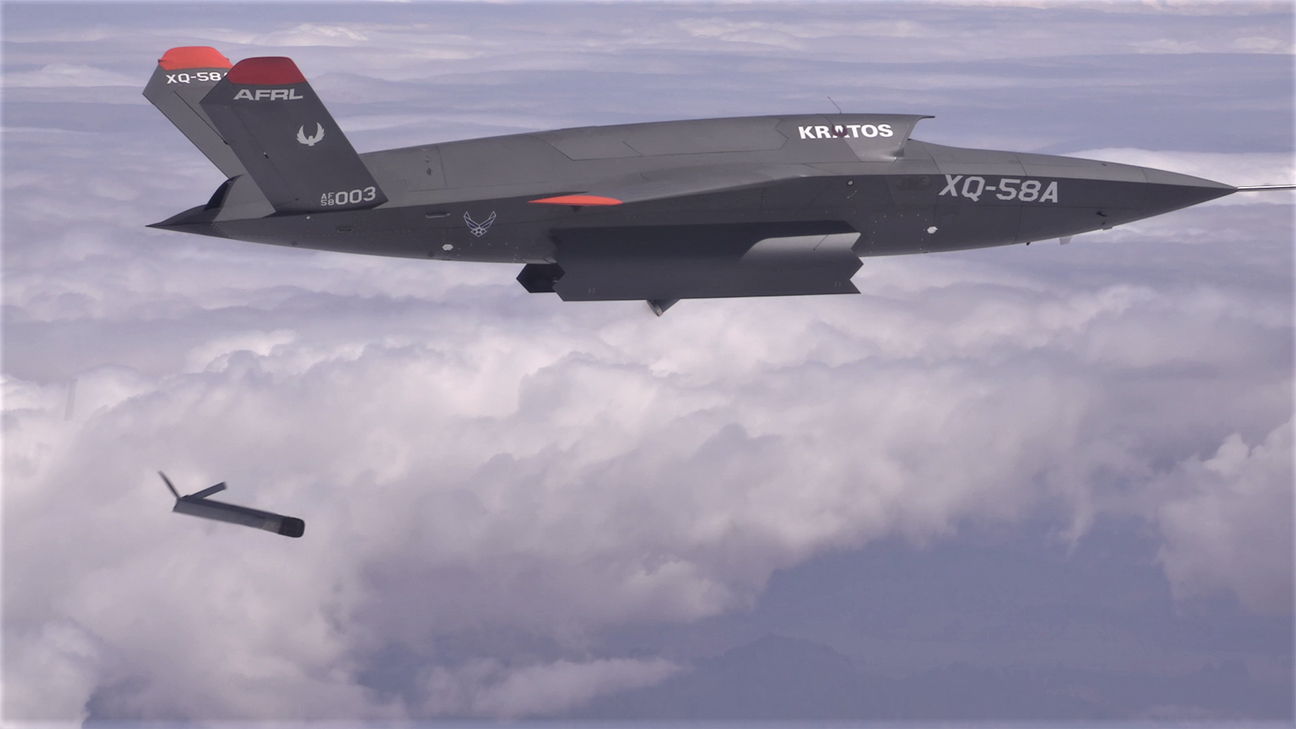 The XQ-58A Valkyrie demonstrates the separation of the ALTIUS-600 small UAS in a test at the U.S. Army Yuma Proving Ground test range, Arizona on March 26, 2021. This test was the first time the weapons bay doors have been opened in flight. (Courtesy photo)