Drs. Brian Simpson and James Kearns were selected for the successful technology transfer of MMC, which is a system invented to manage complex communication environments.

“This award is very meaningful to our team,” said Simpson, a sensory psychologist with 711 HPW and one of the inventors of MMC. “We’ve always believed in this technology as it clearly has the potential to not only enhance effectiveness for Air Force operations, but also for the civilian world. It can truly support life-saving capabilities across multiple military and civilian domains.”

The transferred technology, which is Air Force-patented, enables operators to accurately monitor multiple channels of high-traffic communication, and respond to distributed personnel across multiple locations such as military ground operations or flight missions.

“In typical command and control environments, an operator may need to monitor multiple channels of information from sources such as radios, intercoms, and telephones, among others,” explained Simpson. “This information is typically analog and therefore does not afford reliable or timely forensic capabilities for the operator. If the comms are actually being recorded, they are typically available for after-action review only and not accessible in real-time for use during the mission. In other words, once a message is spoken, it is lost. If the operator realizes she/he missed a call, that operator must discover not only what was said, but often who said it as well. We thought there might be a more effective way for the C2 operator to work with today’s technologies in order to enhance user performance and decision making.

GlobalFlyte, Inc., a startup in Dayton, Ohio, was the recipient of the transferred MMC technology. According to the company’s website, its mission is “to continually improve emergency response operations by providing unparalleled communications, imaging and data technologies on an integrated platform for the purpose of saving lives, protecting property and managing catastrophic incidents to minimize loss.”

“The company’s committed belief in MMC and its potential value to military and civilian users underlies the excellence and innovation of this technology transfer,” said Dr. James Kearns, 711 HPW program manager in AFRL’s Office of Research and Technology Applications. Kearns developed the Patent License Agreement and supportive cooperative research and development agreement, or CRADA, for this effort.

According to the nomination package, GlobalFlyte’s founders were inspired to find preventive solutions to the deadly radio-traffic confusion during the 9/11 response that tragically impacted New York City fire departments. The company employees leading the integration of MMC into their new product line include former firefighters, law enforcement, and military members—all first responders aware of the need for a communication system that helps clear the verbal/audio chaos subverting emergency responses or military operations. Now commercially available, GlobalFlyte’s solution is a TRL9-secure, cloud-based Software as a Service integrated situational awareness platform.

“In crisis situations, minutes or even seconds can make a difference,” explained Simpson. “Through its transfer to private industry, 711 HPW’s MMC technology is now able to save lives, reduce property loss, and prevent miscalculated operations that could prove tragic.” 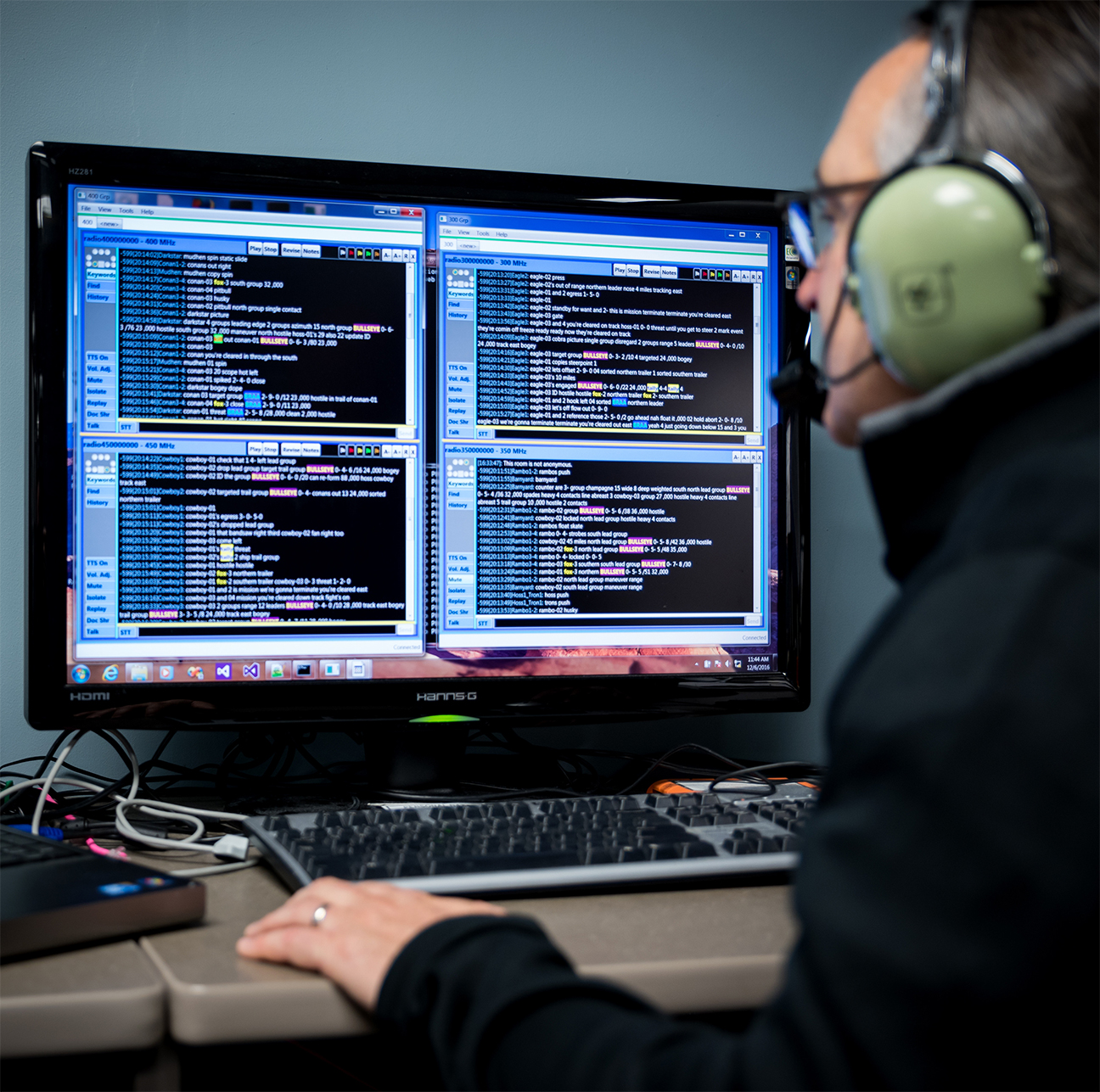