WRIGHT-PATTERSON AIR FORCE BASE, Ohio – A team of Air Force Research Laboratory scientists and engineers has been selected for a 2019 Defense Innovation Award for its portable door lock technology, a set of solutions designed to secure or barricade most door styles in the event of an active shooter situation.

“This award is really important for my team—as recognition of the amazing technology we’ve been developing,” said McIntire. “We’ve been hard at work to mature this technology so it can transition out of the labs and into the real world where it can hopefully help people and maybe even save lives.”

According to McIntire, these door locks are designed to be portable, strong, quick to deploy, and infrastructure-free (no permanent installation needed). They are also designed to fit right or left-handed doors, for both in-swinging and out-swinging doors, and to fit the majority of common door types.

The team has passed out about a dozen locks to security personnel at Wright-Patterson Air Force Base, and has also tested the devices in schools during their active shooter drills.

“We’ve worked closely with a local elementary and middle school as we developed and tested our systems,” he said. “The teachers, staff, and administrators gave us real-time user feedback, and we took this back to the lab to improve upon some of our solutions.”

McIntire’s team has been working on the development of door lock technology since 2015.

Between 2014 and 2018, there were 117 active-shooter incidents, which resulted in 298 killed and thousands wounded, according to FBI documents. In 2017 alone, there were 729 casualties (wounded and killed). So far in 2019, there have been eight active shooter incidents, including a mass shooting in Dayton, Ohio, resulting in 10 deaths (including the perpetrator). The Dayton shooting in the Oregon District is approximately eight miles from Wright-Patt and AFRL headquarters.

“There are very few ways unarmed people can physically protect themselves in the case of an active shooting,” explained McIntire. “We hope this technology can provide a provably effective method of bystander or potential victim protection.”

McIntire went on to explain that the portable locks can also provide personal safety or security apart from just active shooter incidents.

“These locks can also be used to further secure hotel rooms during travel, bathrooms for security/privacy, dorm or apartments for an extra layer of protection that cannot be unlocked from the outside,” he said.

The team designed these locks to be useful for a variety of security and safety applications, McIntire explained.

“The portability that we’ve purposefully designed into the locks means they can be easily stowed in pockets, purses, backpacks, or luggage for peace of mind during everyday life.”

The team will be presented with the award during the Defense TechConnect Fall Summit & Expo Oct. 8-10 in National Harbor, Maryland. 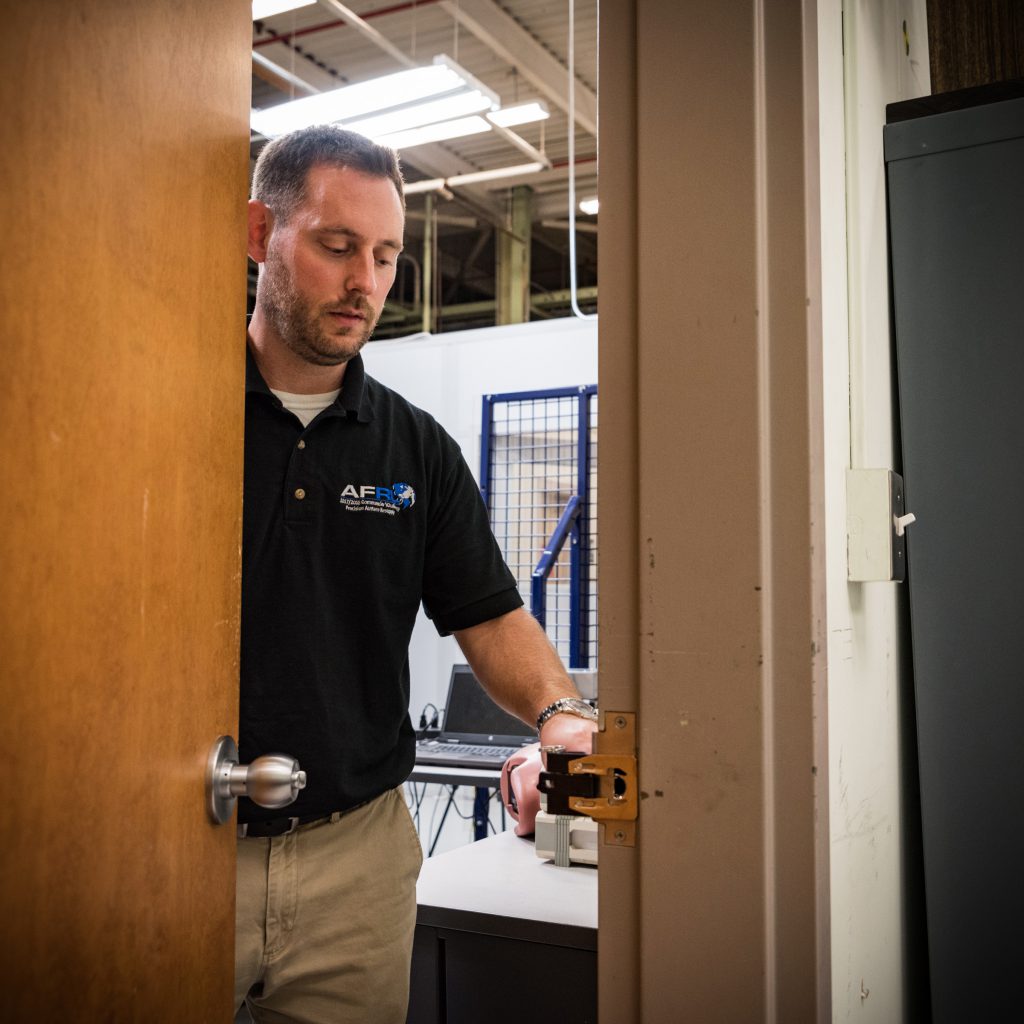 Dr. John McIntire, team lead and research psychologist in the Air Force Research Laboratory’s 711th Human Performance Wing, demonstrates how to use one of the portable door locks his team developed. This team has been selected for a 2019 Defense Innovation Award. (U.S. Air Force photo by Richard Eldridge) 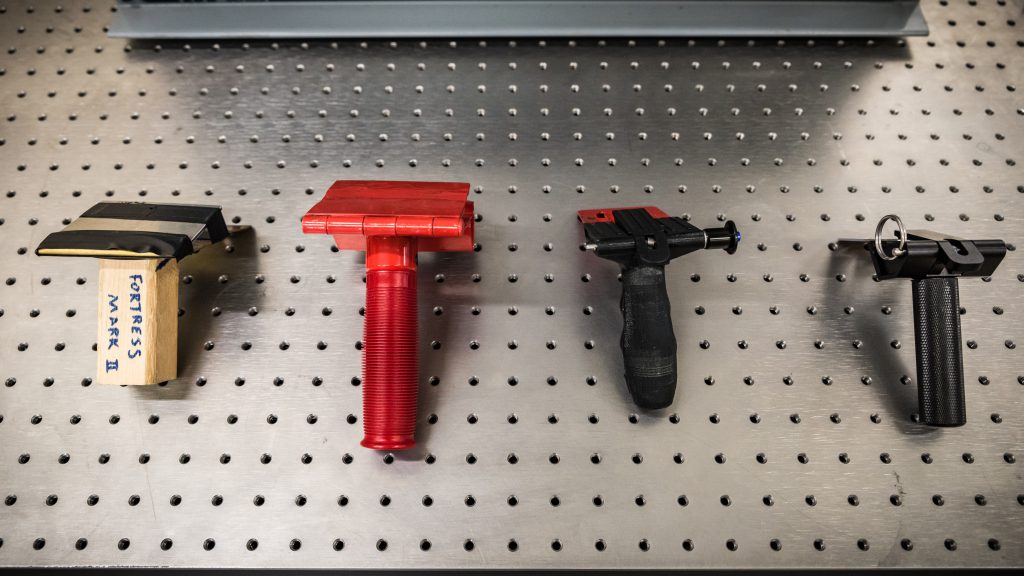