AFRL teams up with Aerojet Rocketdyne to make hypersonic history

“Aerojet Rocketdyne joins the record setting team for the highest thrust produced by an air-breathing scramjet hypersonic engine,” said Paul Kennedy, AFRL program manager. “Tests were conducted across a range of Mach numbers demonstrating performance to accelerate a vehicle 10x the size of the X-51, at hypersonic speeds. The years of preparation paid off as the completion of the Medium Scale Critical Components (MSCC) test program sets the foundation for design of hypersonic propulsion systems across a broad range of vehicle scale and Mach operability. Aerojet Rocketdyne successfully demonstrated the scalability of their air-breathing scramjet engine, proving its applicability to platforms ranging from missiles to high speed aircraft.”

Ten years later, the tests on a vehicle approximately 10x the size of the X-51 highlight AFRL’s dedication to innovation through partnership.

“Our scramjet engine powered the United States Air Force X-51A Waverider when it made history in 2010 by completing the longest air-breathing hypersonic flight ever and we continue to propel the technology,” Eileen Drake, Aerojet Rocketdyne CEO and president said. “Our Generation-3 scramjet delivers increased performance and affordability because of our significant investments in our skilled workforce, advanced technologies, and innovative manufacturing processes.”

AFRL harnessed Aerojet Rocketdyne’s capabilities to test the 18-foot-long scramjet engine which produced more than 13,000 pounds of thrust. Even despite the adversity of the recent COVID-19 pandemic, the test team operating at the AEDC APTU facility found ways to overcome and succeed.

“AEDC and the APTU facility team have been proud to partner on this challenging and rewarding test program,” said Kirk Butler, Director of Operations for AEDC’s Hypersonic Systems Test Branch and Ground Test Team Section Lead. “The test team has worked through COVID restraints, shared base resources, and hardware limitations to make the test successful. The APTU test team is always ready for the difficult problems that come up as we push hypersonic vehicles to the boundaries of what is possible. The knowledge gained from this testing will be studied for years and will drive future designs.”

AFRL and Aerojet Rocketdyne worked together once again to prove their record-breaking capabilities. AFRL leads the discovery, development and delivery of warfighting technologies for air, space and cyberspace forces. This test series highlights AFRL’s ability to push the boundaries and create a new tomorrow through unparalleled research. 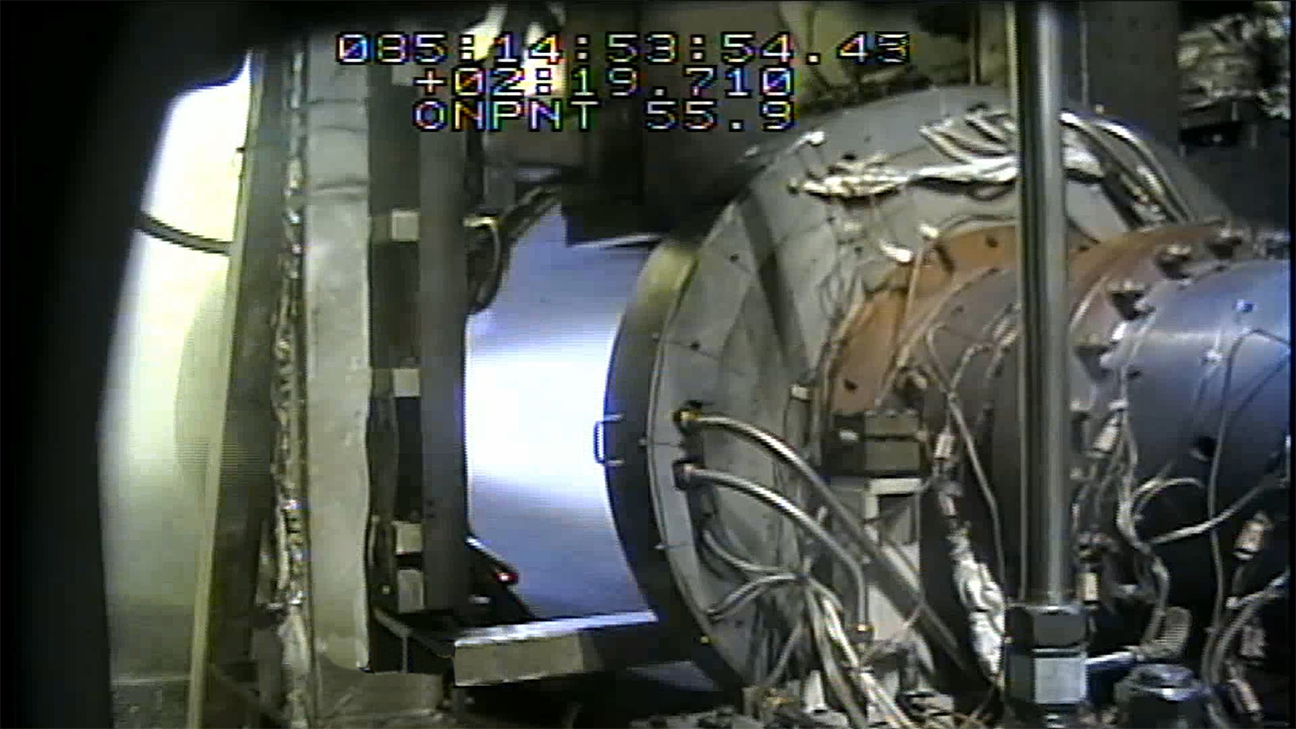 Aerojet Rocketdyne completes a successful series of hot-fire tests of an advanced air-breathing hypersonic engine under the USAF’s MSCC program. Some of the camera titling has been removed for a clearer image. (Image courtesy of Aerojet Rocketdyne.)