WRIGHT-PATTERSON AIR FORCE BASE, OHIO (AFRL) – The Air Force Research Laboratory, or AFRL, launched a multimillion-dollar, multiyear program with BioMADE, Farmed Materials and The Goodyear Tire & Rubber Company in 2022 to develop a domestic source of natural rubber from a specific species of dandelion.

Natural rubber is a crucial element in the Department of the Air Force’s production of aircraft tires. The Materials and Manufacturing Directorate’s Manufacturing and Industrial Technologies Division paired up with BioMADE, Farmed Materials and Goodyear to plant and harvest Kok-saghyz, a species of dandelion commonly known as TK, as a viable domestic source of natural rubber. Natural rubber can be extracted from this species of dandelion after crushing its roots.

AFRL Program Manager Barry Burton said that natural rubber is an extra strategic material to the Department of Defense.

“It’s exciting to be able to bolster U.S.-based agriculture as well as small business influence and then partner that with our Manufacturing Innovation Institutes and government research labs,” Burton said. “I think we will be seeing some very significant benefits by combining that ecosystem together.” 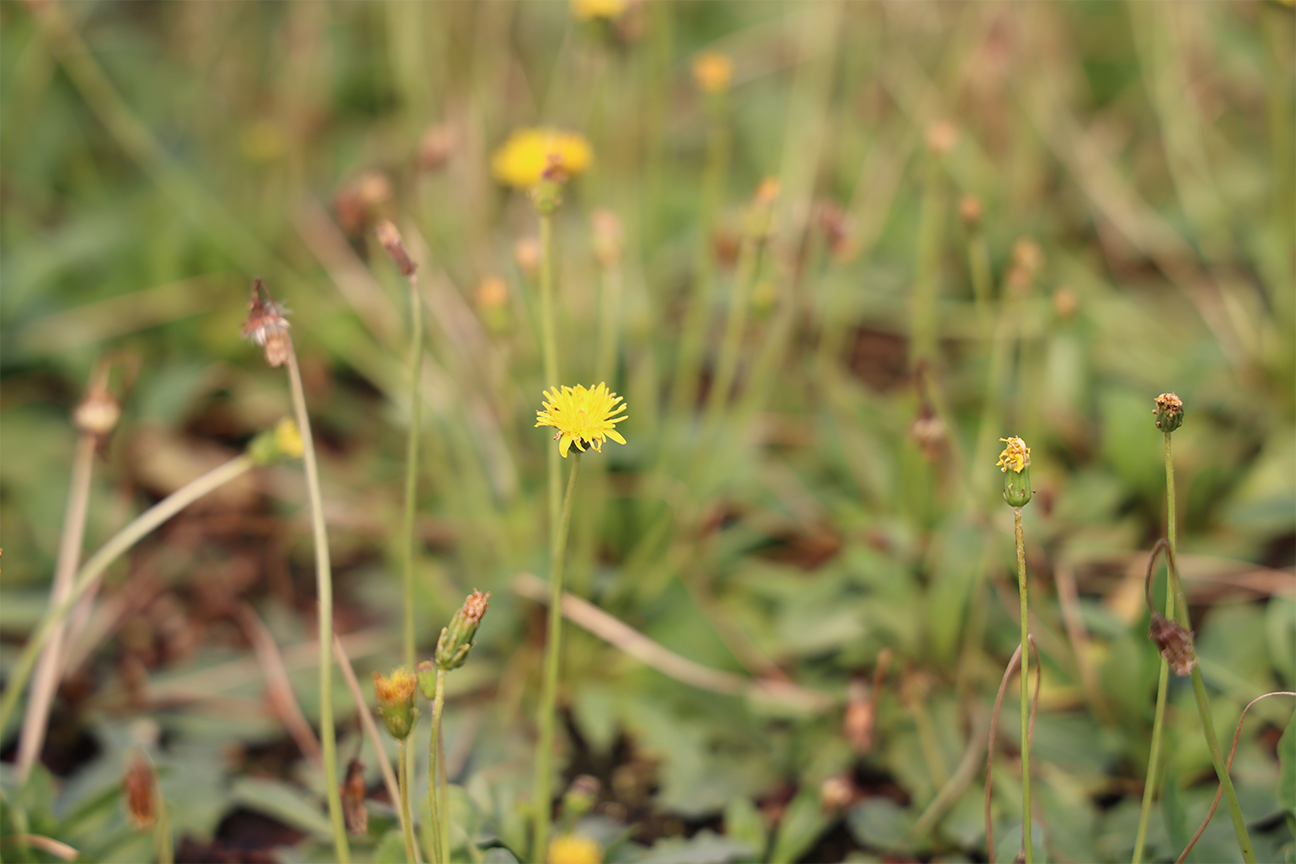 The Kok-saghyz dandelion species, captured July 28, 2022 at the Amherst Greenhouse in Harrod, Ohio, accumulates rubber in its roots which can be extracted for further use. The Air Force Research Laboratory entered a multimillion-dollar, multiyear program in spring 2022 with BioMADE, Farmed Materials and The Goodyear Tire & Rubber Company to develop a domestic source of natural rubber from this species of dandelion for use in the production of U.S. Department of the Air Force aircraft tires. (U.S. Air Force Photo / Jonathan Taulbee)

According to the BBC, while the majority of the world’s natural rubber supply is traditionally harvested from rubber trees called Hevea brasiliensis on small farms in Thailand, Indonesia, China and West Africa, that supply is currently challenged by numerous ecological, climate-and market-based impediments. One challenge, in particular, is a fungal disease known as South American leaf blight that has wrought havoc on rubber trees.

“We are less than 10 years away from demand [for natural rubber] exceeding supply,” Campo said. “The Air Force needs a secure supply chain of natural rubber. As we saw during COVID, many shutdowns occurred where many countries were no longer shipping items. Eventually, that picked back up, but we don’t ever want to be in that position of not having a consistent supply of critical materials.”

In its quest to establish a reliable alternative to imported natural rubber, a team from the Manufacturing and Industrial Technologies Division, spurred initially by congressional interest, partnered with BioMADE, a public-private partnership initiated by the Department of Defense. BioMADE, in turn, subcontracted with Farmed Materials, an Ohio-based small business that cultivates TK dandelion crops to yield rubber for military aircraft tires.

Goodyear, a longtime player in American tire production, will translate the rubber produced by Farmed Materials into aircraft tires and qualify them to Air Force specifications. According to Goodyear, on a long-term basis, the company sees the potential for applying TK rubber in all its tire applications.

The derivation of rubber from dandelions is not necessarily a new solution. The U.S. first explored TK as a potential rubber alternative during World War II when rubber trade with Asia halted abruptly. When the war ended and trade with Asia resumed, the U.S. again had access to its original rubber supply and discontinued its TK-dandelion research. Interest in alternative rubber sourcing was renewed recently in 2016 by BioMADE, Farmed Materials and Goodyear.

“Being able to grow [TK] in our ecosystem here in the U.S. is a tremendous advantage,” BioMADE’s Chief Technology Officer Melanie Tomczak said. “You can grow several generations of dandelions in one year versus the rubber tree.” 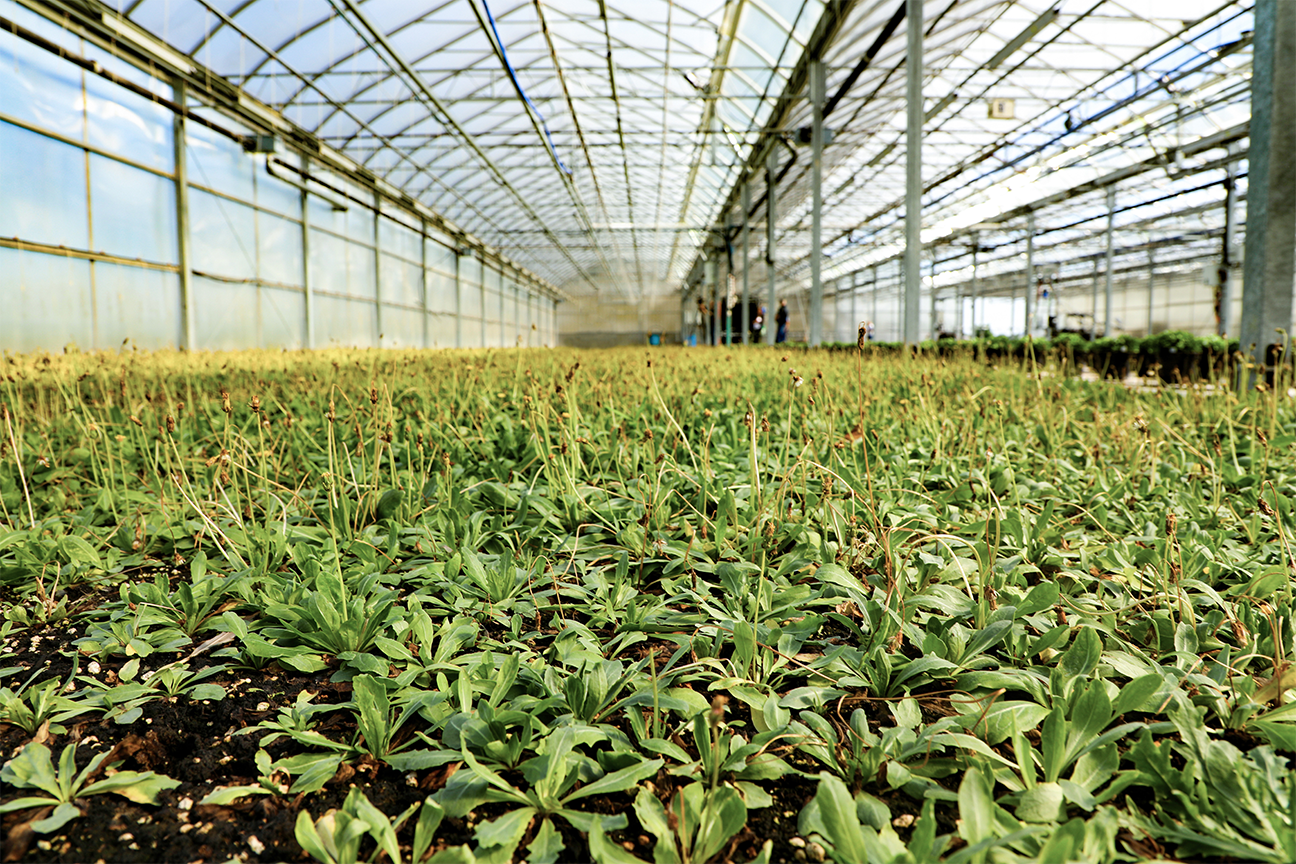 The initial planting of Kok-saghyz dandelion, commonly known as TK, is shown at the Amherst Greenhouse in Harrod, Ohio, July 28, 2022. The Air Force Research Laboratory kicked off a multimillion-dollar, multiyear program in spring 2022 with BioMADE, Farmed Materials and The Goodyear Tire & Rubber Company to develop a domestic source of natural rubber from this dandelion species. (U.S. Air Force Photo / Jonathan Taulbee)

Rubber trees typically require up to seven years to produce enough rubber for production, but dandelions can be harvested every six months. As an added bonus, TK dandelions are hardy and easily thrive in Ohio’s more mild temperatures.

This program kicked off in spring 2022 as Farmed Materials completed an initial dandelion planting. These seeds are merely the starting point for the program—precursors to future generations of dandelion seeds.

“We are embarking on a new course with Goodyear to bring the latest technologies to agriculture, plant breeding and extraction processes that no one has ever done before,” Joffe said. “It will increase efficiency and rubber quality dramatically.”

Burton said he is optimistic that these shared efforts will make a dent in the supply chain problem to allow the United States to produce natural rubber domestically within the next five years.